Businesses around the world need an imaginative response to the unprecedented challenges they’re facing. Joe Public’s Gareth Leck says they need to marry how CEOs are thinking with what consumers expect.

According to a study done by IBM with more than 1,500 CEOs from 60 countries, what the world of business needs most is creativity. Yes, creativity.

I will not lie; the answer I was given in the study most definitely took me by surprise. In the hard-nosed, left-brain-dominated business world, the answer sounded just a little bit crazy.

But having reviewed the reasoning behind this answer, there was sound logic to back this up. The two most popular justifications included the following:

So based on the above, I felt slightly less taken aback and more hopeful that maybe the world of business was entering a new phase, better equipped to deal with the onslaught of challenges that the world is presenting to us as business leaders.

But while doing this research, a number of other articles surfaced at the top of my Google search bar that were somewhat at odds with what those 1,500 CEOs had to say.

These articles were emphatically clear that what the business world needs most right now is a well-defined business purpose – and without it, businesses would never achieve long-term sustainable growth or success. To back this up, a number of irrefutable statistics were presented in several different studies, including these compelling ones:

The truth of it is that there are multiple key success factors in business, but within the context of our own business, and knowing the journey that our organisation has been on for more than a decade, it is abundantly clear to me that what the world needs most right now are both highly creative and purpose-led businesses.

Purpose is the why that gives a company a reason to exist and a reason to perform beyond just profit. But creativity is undoubtedly the single greatest driving force behind how you deliver on your why. Once you know why you are doing what you are doing, it’s creativity that gets you where you want to be.

I believe that you can’t have one without the other if you want to achieve long-term sustainable success, that they are inextricably linked, feed off each other, and create a powerful and virtuous circle of growth.

Tesla, Apple and Google are all companies that have explicitly stated that their business purpose is their primary driver and that profit is a by-product of delivering on this purpose. They are all category disrupters which have succeeded by bringing breakthrough creative thinking to the world that has radically challenged the status quo. They’re also three of the world’s top ten most valuable companies.

So if this is true in the business world, it can be deduced that this is most definitely true in the right-brain-dominated creative world of branding and advertising.

What made the Colin Kaepernick campaign most relevant for me within this context was that it was both powerfully purposeful and wildly creative. At the time of the campaign, the US had begun to experience increasing cultural and racial tension, so Nike decided to use this opportunity to unpack its purpose to demonstrate how athletes have the power to change not only their lives but also the world around them. The campaign tapped into a topical vein of activism that reflected the brand’s values of rebellion and empowerment, launching with a tweet by Colin Kaepernick, followed by a fully integrated multi-media rollout.

As well as generating very high and often polarising levels of conversation (that even led to people burning their Nikes and posting it on social media), it also delivered astonishing results. With increases in brand affinity and record-breaking engagement levels, the campaign delivered a $297m year-on-year revenue increase and a 61% increase in sold-out products. It also drove Nike’s stock price to an all-time high and created $6bn in brand value. 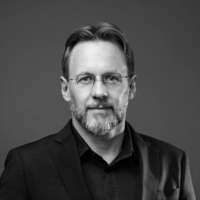 Gareth Leck is Co-Founder and Group CEO at Joe Public, an independent agency based in South Africa.
Get a demo
Topics
Send feedback