The questions swirling around the suitability of Facebook’s open platform for advertising mask a different debate: whether advertising has forgotten its role in ensuring a healthy media ecosystem.

A recent spot of interest amid the gloom: British political and cultural magazine The New Statesman announced that it is removing all network programmatic advertising from its website. A pivot to a subscription model is now paying off for the publisher, following strong growth in paying readership.

As far as the Statesman sees it, any reliance on programmatically traded network advertising “doesn’t work for anyone,” says Danny Williams, managing director of NS Media Group, not for “our readers, our clients, nor, crucially, for us as a business”. 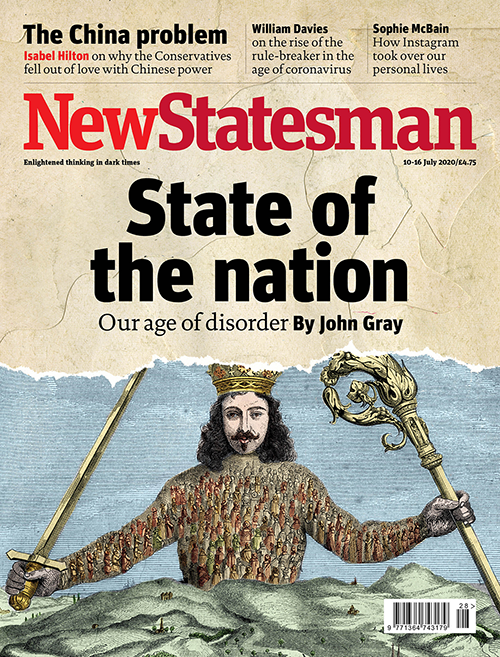 Effectively, the move reflects a long-brewing story that has only accelerated during the coronavirus pandemic: first, that despite online advertising retaining some spend – or at least not losing as heavily as almost every other medium – very little of that has been going to publishers.

Very early on, this was one of the strange structural paradoxes laid bare by the pandemic: people were reading more news than ever, but the combination of short-term cuts to adspend (and digital can be turned off at the flick of a switch) along with advertisers’ initial unwillingness to appear next to pandemic-related stories laid bare the inadequacies of the modern digital ad-supported media. The layoffs from digital media organisations spoke for themselves.

It's a problem we have not yet solved: as Black Lives Matter became not only a mainstream conversation but a mainstream stance, ad "blocklists" from certain brands, according to the WSJ, meant stories about the movement were effectively defunded in June amid advertiser skittishness. This is an ongoing reckoning about what the news media is for. But even before then, the picture was grim.

As early as February 2019, it appeared that without Facebook and Google, digital advertising was set to contract over the year, meaning that any and all growth was being sucked up by the duopoly, all to the detriment of publishers. Even then, those jobs were being rendered unsustainable by the razor-thin margins on which many ad-supported digital publishers subsisted. Just in the first two months of that year, Vice Media cut 10% of its workforce, Buzzfeed slashed half of its UK editorial staff.

On the other side of the ever-growing divide are the organisations that have made a hard turn into the subscription business. This is, of course, not a new idea for the news and magazine business. But in a digital context, it has meant doubling down on reader engagement – arguably the most important metric for any subscription business – often cutting the volume of content to bring more focus.

For publishers that have pushed hard in this area, such as The New York Times, it has been a sound move, paying off over the long term as advertising, while still bringing in around a third of the paper’s revenue, is steadily losing ground to subscriptions. Consistently, these now account for the majority of the company’s revenue. 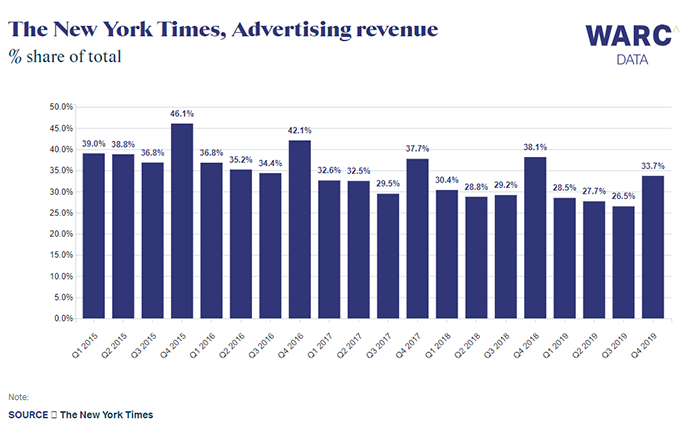 Of course, the difficulty with subscriptions is that people are simply unable to sustain paid relationships with as many publishers as they would have visited for free, meaning that a handful of mega news organisations have emerged – The NYT, The Wall Street Journal, The Times in the UK.

But it turns out that the pandemic has become something of a catalyst for subscription interest, according to GWI figures, for reasons too complicated to explain while we’re still in the pandemic. 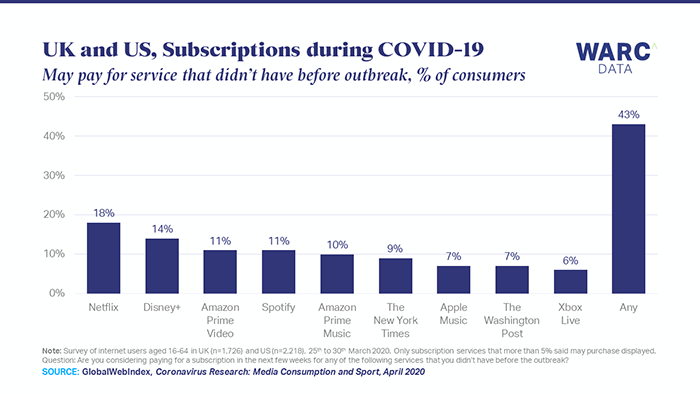 Which is why the New Statesman’s move is so interesting. It’s a very small publication by comparison to The NYT, with just over 30,000 registered subscribers last year, but that is the result of careful investment in building engagement. The magazine has made a couple of key hires and means to expand its team further with a data journalism capability and more international coverage, bolstered through newsletter and podcast products. Building subscriptions is about focus and quality; chasing clicks is a volume game.

This didn’t happen overnight; the Statesman spotted an opportunity and went for it before the wheels came off the bus. Coronavirus just proved the underlying concept, outlined here by Martin Ashplant, NS Media Group’s product chief:

“We believe that the current digital advertising model is broken and does not facilitate that ambition [to build a top digital product for top journalism], which is why we are moving from a model based on generating eyeballs to one based on building engaged communities.”

In a piece on the now-streamlined New Statesman website, managing editor Will Dunn wrote that “the advertising model that currently supports the attention economy incentivises a certain kind of high-volume publishing, designed to bring in as many clicks as possible.

“That model is economically unsound and, in some cases, irresponsible with regards to the truth.”

But the events of the last few weeks, especially the rather convenient (or, indeed, swiftly expedient) boycott of Facebook, which has more to do with brands running for cover than any sacrifice in the name of principles, say something bigger than just the problems of the social network.

A positive result of the boycott might have been to redirect that spending into the publishers that need it. Of course, it’s not as simple as the one-stop-shop that Facebook provides, but if these brands were worried about the nature of speech, digital or otherwise, in the 21st century, then far better to throw their weight behind a healthy, active, and most of all, diverse media landscape.

After all, the decision to spend on a medium is not just a decision to buy those eyeballs, it is a tacit but firm sign of support for that which attracts them in the first place. The result is that attention and engagement represent a fork in the road, where some publishers have cultivated a recurring community of readers willing to pay for a valued product, while others continue to seek eyeballs, scavenging scraps of fleeting attention. Now that budgets are heading south, it’s difficult to see how else to keep this show on the road.

Last month, the NYU Professor Scott Galloway delivered his current State of the Nation talk at Lions Live, sketching the effects that the coronavirus is likely to have on the big four (Google, Apple, Facebook, Amazon), and what, therefore, that means for all of us. Asked why Netflix, also likely to do well out of the crisis, hadn’t come in for the same criticism, he came out with something surprising.

“The cancer is advertising,” he said, acknowledging the strangeness of that sentiment at Cannes Lions, and from the lips of a marketing professor. “Netflix doesn't radicalise young men,” he added.

“We’re going to need to move to a subscription model,” he continued, pointing to Apple’s increasing interest in services that bring in recurring revenue rather than recurrent dating. “It’s a better business model," Galloway added, one that doesn't require "a rage machine" in order to work.

“Media is the nicotine – it’s addictive – advertising is the cancer or the tobacco that creates the cancer.”

It’s a good story for the New Statesman, which can hopefully bring on board more readers and survive another hundred years. But it’s one less quality context in which to advertise. It might be one and it might be small, but if the digital media industry doesn’t fix this soon, we can forget about brand safety in digital advertising. At least it’ll come cheap.