Future network standard 5G is expected to take centre-stage at this year’s MWC in Barcelona, but, despite the excitement, Marc Schader of Havas expects some of the substantive issues to go unquestioned.

Once a decade, something historic happens in mobile. The first mobile networks appeared in the Eighties, GSM followed in the Nineties, 3G arrived in time for the millennium and 4G went mainstream in 2010.

5G’s roll-out by 2020 is being primed as the next historic moment.

Before December 2017 however, 5G didn’t actually exist. It was a concept, a misnomer, and foretelling how it will reshape our lives and relationships with brands and infrastructure was the equivalent of trying to predict the future impact of the iPhone’s launch in 2005 at the turn of the millennium when 3G arrived - impossible.

In order to maintain mobile’s ‘once every ten years’ momentum however, 40 companies and organisations got together and fast-tracked the first 5G standard, published by 3GPP (3rd Generation Partnership Project) at the end of 2017.

So it’s here. 5G has arrived and all the talk, all the brand promises and all the hype can now be realised.

Well, not quite. 5G ended up taking a back-seat at CES 2018 in Las Vegas despite both the published standard, a series of successful tests, and 2018 deployment plans from two of the four major carriers in the U.S.

The reason? The standard simply isn’t ready yet. And the chips and devices that will enable us to access the network are only just emerging.

So will 5G fade into the shadows of this year’s Mobile World Congress? I very much doubt it.

The content lines between CES in Las Vegas and MWC in Barcelona may have blurred considerably over the years with cars, mobile and tech brands appearing at both. But MWC is still a mobile-first event and brands need it to grab headlines, form partnerships and justify funding, without ever really acknowledging that the devices on show are prototypes with prototype chips and antennas to test on prototype networks.

In Barcelona, delegates will still hear repeated mentions of 5G’s promise from the keynote stage and even be able to experience it for themselves in the GSMA Innovation City - which promises to showcase how mobile-connected products and services are creating a better world in the home, automotive, health, agriculture, utilities, industrial and more.

But until the 5G standards are finished, chips and antennas can’t be finished. And until those are available in large quantities, actual products can’t be shown or released. That development-to-release cycle is predicted to take one-to-two years, depending on the product.

So what should we expect to learn about 5G from MWC2018?

3GPP identified four major areas based on 70 use cases for its initial standard and the following themes are likely to run throughout MWC.

Phones equipped for 5G will download data in seconds and pave the way for a more connected world in which people will engage with smart brand technology in their homes, in their cars and in the world around them.

Besides faster speeds, 5G also has much lower latency so you can play competitive online multiplayer games and you’re less likely to experience dropped calls or lag in densely populated cities and events.

We will also expect to be able to download 4K or 8K video at speed. All of these will be discussed in depth and showcased at MWC2018.

What are we least likely to learn about 5G at MWC?

We’re unlikely to hear much about how the wireless internet super highway of tomorrow will be funded. Building 5G to support more than phones - to support home appliances, smart devices, driverless cars and the IoT - is going to be expensive, very expensive.

And what about the risks to car brands in particular of relying on 5G to operate an autonomous vehicle via a cloud-based driving system? Being the telecoms operator or the car brand that failed to instruct a driverless car to brake, or left a family stranded on a remote country road because of connectivity problems is something no one wants to think about.

Despite AT&T’s pre-CES announcement of 12 mobile 5G deployments in 2018 and Verizon’s commitment to starting the first of its fixed 5G deployments before AT&T, 5G won’t meaningfully roll-out until 2019 or 2020.  Flagship 5G smartphones won’t hit the shelves until 2019 either.

But huge progress has been made. As long as we don’t forget that there’s still many challenges to overcome, I for one am looking forward to embracing the 5G hype in Barcelona.

While CES may wait until next year to embrace the future of 5G, MWC will almost certainly celebrate the road already travelled, in which bridge technologies to develop the 5G ecosystem are being tested and a true connected future is just appearing on the horizon. 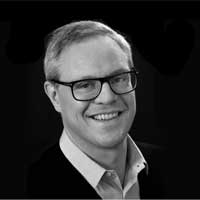