YouTube has massive reach and can drive significant impact for advertisers, but TV remains the go-to platform for massive shared viewing events.

Netflix had come along and blown YouTube out of the water in just three days. If we dig a little deeper here, we can unearth three important lessons brands can learn from modern TV today.

What the show is about isn’t important; what’s important is that Cobra Kai seasons one and two were the headline shows for YouTube Originals in 2018 and 2019. YouTube Originals were shows commissioned by YouTube to help drive paid subscriptions to YouTube Red (later renamed YouTube Premium) and could be accessed for US$10 a month.

At the time, YouTube was aiming to be another Netflix and was creating content to compete with Netflix and Amazon Prime Video. Cobra Kai was one of over 100 pieces of original content commissioned for YouTube Originals. Others include (and forgive me if you’ve never heard of these) Impulse, Foursome, and Liza on Demand, all of which ran for two seasons or more.

On 24 September 2019, YouTube made most Originals free to watch with ads. YouTube Red wasn’t really catching on and, with the looming threat of Disney+ and Apple TV+, it abandoned most YouTube Originals and its subscription VOD dreams.

To quantify this lack of traction, according to data from Digitalsmiths, YouTube Red was an eighteenth of the size of Netflix in the US. The commissioning of original content wasn’t worth the cost and so YouTube Red became YouTube Premium, where users can pay to remove ads and most YouTube Originals were made free to watch.

When Cobra Kai first premiered on YouTube in 2018 it was viewed 5.4 million times in the first 24 hours. Once it became free to air, these figures jumped up to over 89 million views. The remaining episodes from season one have between 10 and 20 million views. However, these have since been put back behind the YouTube premium paywall.

So, YouTube was pretty effective at driving viewership, which brings us to lesson one.

Eighty-nine million views is significant, because that makes it the most-watched YouTube Originals series. It’s not as significant as Despacito or Baby Shark – both with over six billion views – but it does show the power of YouTube, even when dipping its toe into TV content.

Skip forward to 28 August 2020 and Cobra Kai comes to Netflix. Within four days of being on the platform, it claims the top spot on Netflix UK’s most-watched shows. Not only does Netflix show Cobra Kai to an entirely new audience, but it also generates more fame than YouTube was able to achieve.

What differentiates YouTube and Netflix is focus. On YouTube, there are hundreds of thousands of channels, each with hundreds of videos. Netflix has a lot of content, but it’s curated – someone has sat down and thought about what should be shown to users to keep them entertained.

Users go to Netflix with the aim of finding something longer to engage with for 30 minutes or more. This is exactly the same relationship that users have with TV channels. What’s particularly interesting is that Netflix has developed a ‘Watch Now’ button that automatically selects a piece of content for you based on your viewing preferences. This is equivalent to people flicking to ITV2 knowing that whatever’s on ITV2 will be of interest to them.

This brings us to lesson two.

If your brand wants to tap into shared cultural moments, then ideally do it on a TV set. Netflix’s ability to push Cobra Kai so quickly shows how impactful TVs are for driving rapid awareness and, therefore, how critical they are to most brand campaigns (it’s also an argument for big launch spots).

That doesn’t mean that YouTube doesn’t have its uses. It drove 89 million views and Netflix will take a while to build up to that number globally. For context, Extinction is the most-watched piece of content on Netflix (as of January 2020) with 89 million views in the first four weeks of the year (although the way Netflix counts a view is much stricter than YouTube).

What’s clear is that most of those 89 million YouTube viewers aren’t the same as the people who are now avidly watching Cobra Kai on Netflix, showing that TV and YouTube can have distinct audiences.

I know that’s not a revelation, as the majority of advertisers use multiple channels for their campaigns, but if you really want to accelerate your campaign, then that means using TV as the base and then looking to broadcast VOD and YouTube to drive massive reach. Really savvy brands can target light TV viewers or even users that haven’t seen your ad using smarter solutions offered by some of the broadcasters.

Cobra Kai has shown us that TV is as impactful as ever, even after YouTube has driven significant reach and awareness. It also shows us that modern TV isn’t just linear TV, it’s TV in all its forms, and advertisers should accept that TV is more diverse than ever.

View all of Will McMahon's Opinion posts 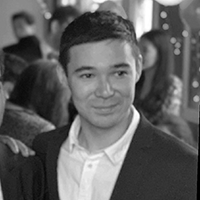 Will McMahon is a Senior Video Strategy Director at Spark Foundry.
Get a demo
Topics
Send feedback