Would you pay $1149 for an iPhone? Apple is trying to make the iPhone more appealing to a wider range of consumers but questions remain about the ‘super-premium’ element of its strategy says Martin Guerrieria, Global BrandZ Research Director at Kantar Millward Brown

This year’s much hyped 10th anniversary launch of the iPhone ‘X’ (pronounced ‘ten’) was the culmination of a brand strategy that has slowly expanded the range of iPhones on offer while continuing to push the top of the range towards the next level of pricing.

It’s a strategy that Apple will hope is particularly helpful in less mature markets such as China and India, which are a vital part of the company’s attempt to expand and cement its user-base.

A central part of the brand’s strategy remains the ‘mass premium’ market. An extended range of handsets allows Apple to take on Samsung more effectively in this territory, as the South Korean brand has historically offered a wider range of price points to meet the budgets of a broader consumer base.

The result is that Samsung is a more ‘Meaningful’ brand than iPhone in several markets, driven by a combination of meeting the needs of the consumer and fostering a strong emotional attachment. BrandZ data show that Samsung indexes 154 compared to Apple’s 130 in the UK where 100 is an average performance. In the US, the figures are 144 for Samsung and 133 for Apple.

With this in mind the broadening of the portfolio makes sense but the real challenge will be to establish a new ‘super-premium’ handset territory for the X. This is a clear push for value amongst the more affluent in the hope that the historic strength of the iPhone brand along with the depth of ‘new’ innovation featured in the X will support it.

The current strength of the iPhone brand is clear - its huge advantage in terms of perceived difference. The brand indexes at 270 in the UK, 252 in China and 240 in the US a long way ahead of rivals.

This perception of crystal clear ‘Difference’ in combination with the expectation of best in class innovation has enabled the brand to maintain a clear price premium over the last decade.

Overall the launch event seems to have been well received by the press and consumers alike, even allowing for the technical glitch in the live demo of the new facial recognition technology. There is no doubt that there are clear upgrades in the new model including: a brand new design with a glass front and back, which make it fully sealed for water and dust resistance, an edge to edge improved resolution display, facial recognition to unlock and access other features and apps, improved front and rear cameras, longer battery life, improved wireless charging and processing speeds.

Prior to the launch there was no doubt that many consumers were waiting with high expectations: ‘excited to see what they do next’ indexed at a massive 152 in the UK, 150 in the US and 135 in China.

The original iPhone was a genuinely game changing innovation, creating a brand new category and influencing the lives of millions around the world.

On the 10th anniversary, it remains to be seen whether this excitement will allow and support a new category once more – the ‘super-smartphone’ (with a super price tag) and whether the ‘ten’ really does have the ‘X’ factor. 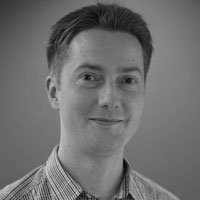