New research from Newsworks discovers the UK to be a nation still divided by Brexit, scarred by COVID-19, but with a greater degree of local community spirit.

Or does it? The last year has been a challenge like no other – that’s in no doubt. But has it resulted in fundamental changes to our outlook? Or will we revert to pre-pandemic life?

A year ago this week I wrote an article for WARC, drawing on research we’d carried out just before the onset of the pandemic in January and February 2020. It was part of a programme of research that had started back in 2017, a conversation with people round the country about the issues that matter.

At the time we were just weeks into lockdown, perhaps underestimating the scale of what was to come.

We found that this crisis was like no other. Unlike previous challenges such as the financial crisis of 2008/2009, the pandemic posed a unique threat to our two biggest concerns – health and money. At the beginning of 2020, the NHS was seen as the biggest problem to fix in our society, with 50% more people saying it needed sorting than the second-placed issue, which was the environment.

Yet we saw glimmers of hope. Despite the years of divisions in the Brexit years, eight in 10 people agreed that we need to put differences aside. And even more (85%) agreed that it’s important to come together when bad things happen.

Initially, this seemed to be happening, with a coming together to defeat the common enemy of the virus.

As the months went on, and we went in and out of lockdown, what was the mood of the nation? Would that togetherness last? We wanted to see how things had changed over the course of 2020, so we went back to research in December 2020 and January 2021.

The results paint a picture of optimism despite the challenges, and a willingness to embrace our differences to unite the nation. A greater understanding of different opinions makes for a well-oiled democracy, which can only be a good thing. We see from our research that news brands play such a vital role in encouraging and facilitating this.

The divisions of Brexit have not dissipated over time. In fact, as the official leave deadline approached last year, the divisions appeared to have become even greater.

There is more division among the nations of the United Kingdom. More people are now associating themselves as being from England, Scotland, Wales or Northern Ireland as opposed to Great Britain or the UK compared to four years ago, when we started out on this research programme, with a rise from 5% to 26% of people associating themselves with their individual home nations.

In the early days of the pandemic, it’s fair to say that as a nation we did come together in solidarity in having a common enemy of the virus. People showed signs of putting their differences aside for the greater good. However, this appears – at least in some part – to have been fairly short-lived. In fact, COVID-19 seems to have contributed even more to divisions amongst us.

The biggest personal concern that people had in their lives at the end of last year was catching COVID (with 30% citing it) which is not really surprising. But in second place was people not following the rules and guidelines. This was a worry for almost three in 10 of us, and ranked well above debt, day-to-day money worries, not being able to spend time with family and friends, shops closing, stress and overall health.

“I think at the start, was probably when everyone felt most together. I think now looking at it, everyone's very divided – there’s anti-vaxxers, people that don't want to isolate and I think it's extremely divided” – Female, Southampton, 18-23,

There is a renewed focus on community and the more important things in life. For all groups, but especially for the under 35’s, we saw a rise in the number of people they know on their streets (up from 4.4. in February 2020 to 5.5 in December 2020)

And, reassuringly, there was an increase in the number of people who could be relied upon if there was a problem – up from 3.4 to 5.0 across 2020.

Perhaps unsurprisingly, given the upsurge in pride for the NHS witnessed throughout the pandemic, our most recent wave of research revealed that 55% of us trust the NHS more since the pandemic began, and healthcare workers as a group of people are viewed the most positively in the UK (72%). The NHS is also seen by as most representing Britishness, with almost six in 10 choosing it.

4. Hope for the future

There is a sense of cautious optimism for the days, weeks and months ahead. 64% of people are optimistic, with the rollout of the vaccine, and being able to see family and friends again driving this hope.

“I'm going to take it as a fresh start. I think I'm going to do things I wanted to do previously that I'd be a bit dubious about.” – Female, Southampton, 18-23

Encouragingly, the intent to put differences aside has not lessened, with eight in 10 agreeing that we need to come together as a country again.

“The only way you're going to unite and move forward is by having an open mind to understand different people's viewpoints and be accepting that.” – Male, Southampton, 18-23

5. News brands help us to accept and understand each other’s views better

In the midst of this tension between divisions and togetherness, news brands help us to define and test our values, providing different voices and opinions, help people to make their own minds up.

Two-thirds of respondents said they use a variety of news sources to help them make a more informed and rounded view, and 60% of people said, “Even if I disagree with a newspaper’s views, it’s important that they get to put their point across.”

“It shares information, so that's very important. Whether it's positive or not, I think it's information that's truthful and factual. So that's quite important to me” – Female, Dundee, 18-23

One thing that was clear from our research was the role that news brands play in highlighting the issues that matter, and campaigning to make the world a better place for us all. Sixty-one percent said news brands help to promote important campaigns, such as Marcus Rashford’s free school meals initiative, laptops for schools and recruiting volunteers for the ‘jabs army’.

After a turbulent few years with life dominated by Brexit and the pandemic, and hopes often frustrated, Britons want to put aside their differences to reunite the nation. It’s been tough, but they are cautiously optimistic about the future.

News brands have a vital role to play, giving access to contrasting points of view, encouraging an understanding of different opinions. Disagreement is healthy and facilitates a strong society, something we all need.

Newsworks’ state-of-the-nation research by Tapestry and Flamingo with video company Really Bright Media questioned 3,000 people over three waves – February 2017, February 2020 and December 2020 – as well as talking to hundreds of people on the streets of Aberystwyth, Thurrock, Southampton, Scunthorpe and Dundee – to gain an in-depth insight into societal shifts over the past few years. 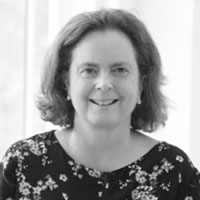