Voice is being hyped as the next big thing, but, says Adam Skalak of Nestle, FMCG brands need more data to work with. 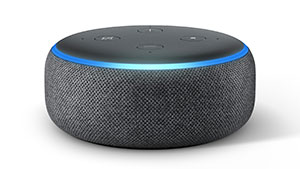 Consumers are increasingly comfortable with using virtual assistants on their phones and sales of smart speakers are growing fast, so is voice becoming the new battleground for marketers?

No, or at least not yet, is the view of Adam Skalak, global head of search at Nestlé. A major stumbling block is access to data, he said recently at dmexco.

“With traditional search we’re very much used to having a huge amount of data,” he noted. “The data will tell us where consumers are focusing - is it the lower funnel or upper funnel.  For us, as an FMCG business, having a very good understanding of consumer behaviour is critical.

"But voice is difficult because there's a big lack of data - the major players have not really made much of the data available.”

As a result, Nestlé is forced to rely on insights from third-party companies - a dependence that, in Skalak’s view, “slows down the adoption [of the technology] and also makes it more difficult to develop a meaningful strategy”.

Most brands will already have developed a sophisticated search keyword strategy, but that can’t simply transfer to voice since people search in a different way when speaking rather than typing. “It's really important to get the customer insights and understand how people are using their devices, what are they interested in, what are their needs - and then build the strategy around that," Skalak emphasised.

Data is not only crucial to leading the development of a strategy - “where is the demand, when is the demand, how do people search” - it is also essential for measurement purposes. And just as Google Analytics has become the standard for web metrics, “I think it would be great to have Voice Analytics”, Skalak ventured.

He was also sceptical of some of the forecasts being made about future voice usage, describing them as “crazy predictions”. Marketers ought to forget the blanket claims and consider what’s actually happening on the ground.

“One [figure] that's quoted a lot is 50% of searches by 2020 will be voice searches. I don’t believe that will happen. The answer is not as simple as that because I believe the the future of voice will significantly vary market by market.”

Nestlé’s local team in China, for example, reports “completely different” behaviours. These would include huge numbers going online for the first time via mobile and not having a history of searching using text on a desktop. Commentators have also observed that it’s easier to use voice search than to type Chinese characters.

"I believe that in China they could perhaps get to 50%,” Skalak conceded, but not in the timescale quoted. “Maybe not in 2020, but within a few years. In Europe or the English-speaking world, it will take significantly longer."

And even then, some behaviours will be very location dependent. “At home, you are more likely to use a voice-enabled device, [but] at work there's no chance,” he said.

“In an open plan office, I am not going to be using Alexa or Google but I might use Siri to set a reminder. Everything else in the office is still going to the keyboard."