What gets seen matters. Ipsos’ Andrew Green argues that viewability should be evaluated not by measuring impressions but by measuring human eyes.

“It’s not what you look at that matters; it’s what you see.” American author Henry David Thoreau could have been weighing in on the big debate about advertising viewability. But there are two types of viewability: one is where a message is delivered but cannot physically be seen. A second is around a message that is delivered and can be seen – but isn’t actually looked at by the intended recipient (the even more important third kind of viewability is whether a message is absorbed and acted on – but that is a separate topic).

The debate in digital media has been quite narrowly focused around the first kind: how a significant proportion of ‘impressions’ simply can’t be seen by many of the people who have loaded the page where the ads appear.

Here’s the problem: the digital pages where advertising appears are often larger than the screens of the devices they are accessed from. As a result, some of the content is not immediately in view. If people are on a journey through several pages of content to find something, they are unlikely to linger along the way. But if they do not explore the whole page, they will miss any ads appearing outside the viewable space on their devices. So they will officially have ‘viewed’ the page (because they have initiated a page ‘load’); yet this content will effectively be invisible to them.

Because it is digital, this can be measured. The United States Media Ratings Council (MRC), an industry body that accredits audience measurement services there, set a minimum standard of viewability in 2014: an ad, it said, needed to have at least 50% of its pixels loaded into the viewable space of the browser page for one continuous second to be considered ‘viewable’. Many advertisers have insisted on 100% of pixels being loaded if they are to pay for an impression.

Meetrics estimates that a little over half of ads are viewable on this definition in major European countries. But, as already noted, just because an ad can be seen, doesn’t mean that it will be seen. Work in the UK by eye-tracking experts Lumen suggests that only 15% of viewable digital impressions are actually looked at by a human. Only 4% are looked at for more than a second.

These findings are based on observations from a panel equipped with special cameras tracking where peoples’ eyes fixate as they look at their devices. To the extent that the findings are replicable, advertisers are paying for an awful lot of viewable, yet invisible impressions.

Viewability of this second kind is not exactly a new phenomenon. Few readers see every ad on every page of the newspaper they read. Radio listeners are unlikely to engage with all the ads that play when they are tuned in. Television viewers may do any number of things when an ad break is playing: leave the room for a short while, talk with fellow viewers about what they have been watching, or consult their tablet or Smartphones.

Advertising has traditionally been traded on the basis of ‘opportunities’ to see or hear it. An opportunity is not the same as an exposure. And in contrast to a digital buy – where we can distinguish between served, viewable and even eyes-on a piece of content - there is very little data available on how many people actually take up the opportunity to watch, listen to or read an ad appearing in non-digital media.

Some data has been collected in readership studies on how long people spent reading a newspaper or the proportion of pages opened which could be used to estimate the probability of any particular ad being seen. But these data are neither very precise nor routinely used in schedule analyses or campaign planning. So a newspaper or magazine ad is assumed to have been seen by all the people claiming to have read or looked at any part of a title carrying the ad.

A study by Ball State University in 2008 – funded by Nielsen - found that only a minority of US television viewers changed channels or left the room during commercial breaks (this study, in an era when digital devices were less ubiquitous, involved placing observers in peoples’ homes to watch and record exactly what people did while their television sets were on).

Peoplemeters, which are used to measure TV audiences, only tell us that a set is switched on and tuned to a particular channel. People are asked to indicate (by pressing a button on the meter) when they leave the room or stop watching. Whether they do this on every occasion where they talk to somebody else, leave for a few minutes or turn their attention to a tablet or Smartphone is unproven. But it is unlikely.

Which is all to say that audience measurement systems – both digital and traditional - are imperfect as they stand. But it has always been possible to do more with the data provided if the will is there. And new methods can help us do a better job. Passive electronic measurement, for example, offers a more accurate picture of radio listening and TV viewing than traditional methods, but has been slow to advance for political and economic reasons. Eye-tracking offers potentially great insight into the visibility of digital advertising and has become increasingly scaleable – but has yet to really take off. 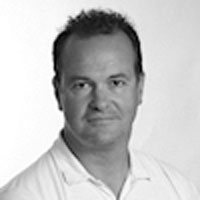