December is a key month for purveyors of gifts, and our advertisers of the month reflect that, with tech retail giant Best Buy registering the highest level of Advertising Awareness*, according to data from YouGov BrandIndex. 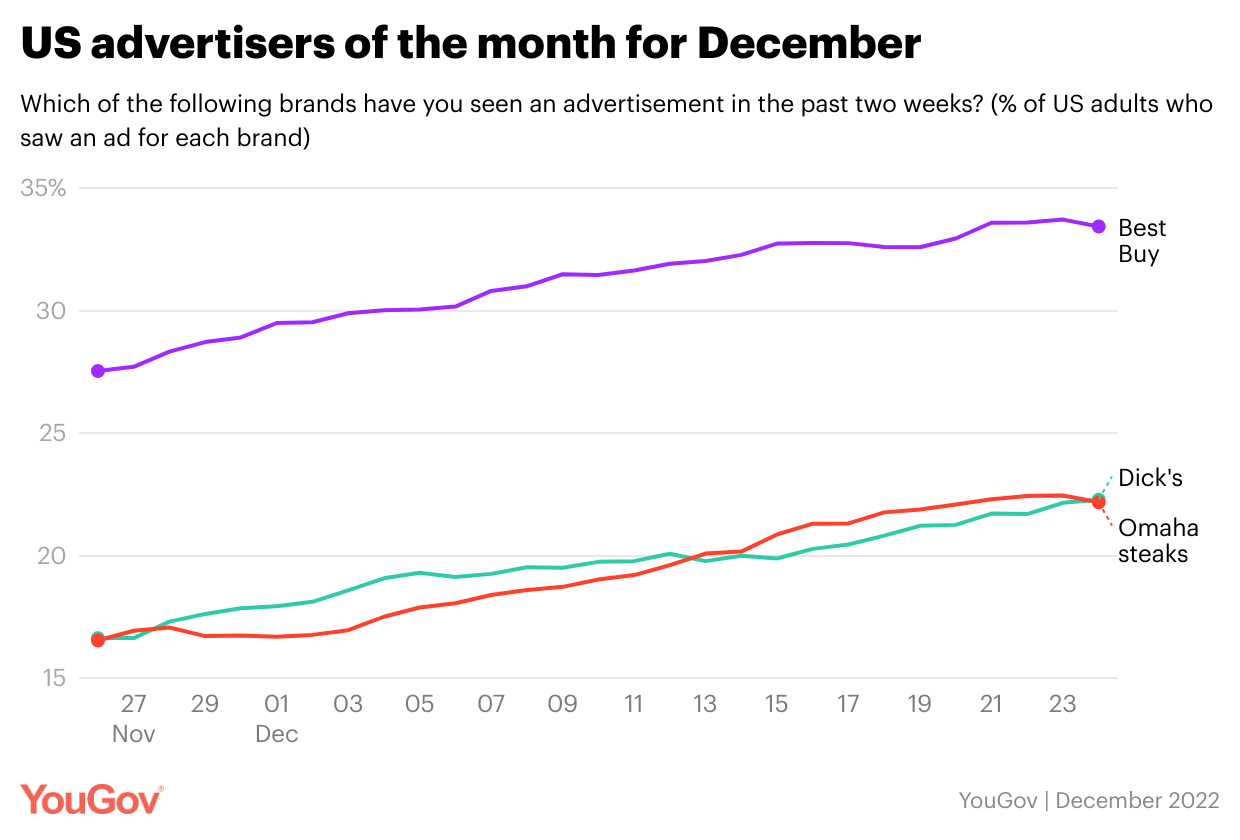 Back in November, Best Buy’s Awareness grew four percentage points from 23.2% to 27.2% on the momentum of its Black Friday campaigns. The retailer accelerated this growth in December with another 6.1 points of growth in Ad Awareness, with a third of Americans (33.7%) reporting that they’d seen an ad for Best Buy in the past two weeks. Best Buy’s holiday campaign deployed video ads, as well as deep discounts in their “20 days of deals.”

Omaha Steaks is YouGov’s second advertiser of the month, moving six points from 16.5% to 22.5%, representing another blitz by a brand making the most of the holidays. The direct-to-consumer meat titan is a go-to source for holiday gifts and played this up by providing a holiday gift guide and running video ad campaigns.

DICK’s Sporting Goods holds the third position for December, improving its Ad Awareness 16.6% to 22.3%. In addition to big holiday sales offering up to 50% off brands such as Nike and Adidas, DICK’s Sporting Goods also ran holiday TV spots with former NBA star Charles Barkley as well as ads for their e-commerce business and app.

*A brand’s Ad Awareness score is based on the question: “Which of the following consumer brands have you seen an advertisement for in the past two weeks?” and delivered as a percentage. The data is based on the interviews of adults in the US aged 18+ between November 26 and December 24, 2022. Learn more about BrandIndex.