Unilever-owned OMO launched a water-soluble clothes tag made from laundry detergent that will be added to sports outfits on sale in Lebanon. Remie Abdo, Head of Strategy at TBWA\RAAD Dubai, talks to WARC’s Chiara Manco about how innovation can be both scalable and simple in execution.

Who is OMO’s competition and target audience?

Asking any mum or housewife in Lebanon what laundry detergent she uses is essentially asking her if she prefers Ariel (P&G) or Persil (Henkel), two brands that have long competed against each other through live stain-removal demonstrations. They are the most popular and established in the market, and have the media pockets that allow them to dominate the category.

OMO was never part of this war. The brand is not on consumers’ minds and is not normally an unsolicited choice. While OMO is loved as a brand because of Dirt is Good, it is perceived to be less effective than its competitors when it comes to stain removal.

We needed to convince mums and housewives, the decision makers in Lebanon, of OMO’s stain-removal effectiveness.

What was the brief OMO came to you with?

To drive sales. It was a tactical brief, where the client was open to sampling, promo-offers or in-store activations. The KPI was around the number of units sold.

OMO is well known for its provocative campaigns, what led you to a sampling execution this time?

We knew a tactical execution would be great to push sales in the short term and OMO is no stranger to tactical campaigns to drive purchase.

Previous OMO communication, brand-centred and tactical, were the reason behind OMO’s perception: a great brand with a clear purpose, but not necessarily effective on stain removal. 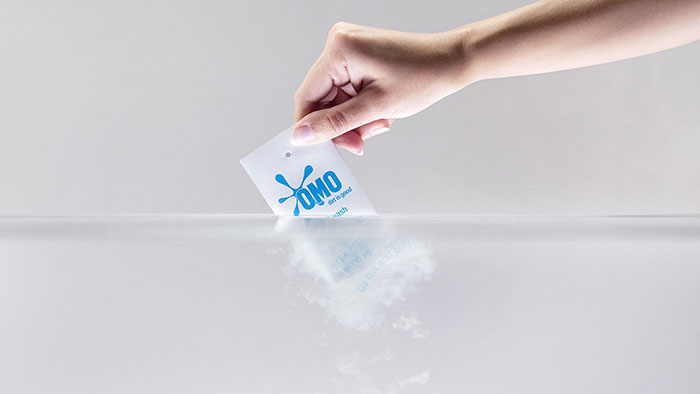 We knew that we needed to let consumers sample OMO for them to experience its performance. But how could we shift the sampling from an execution that lasts the length of the activation, to an experience leaving a long-lasting impression? How could we transform the sampling from a tactical execution that annoys consumers in the grocery store, to one they hope to bump into? How could we, with a tactical execution, help OMO occupy a space in people’s minds? We wanted this to be an idea that made a bigger impression than previous tactical work.

How difficult was it to implement this innovation?

We tend to associate innovation with complication, technology or creating something new from scratch. OMO Tag, with scientific knowledge and playfulness, innovated the outdated tactic of sampling and created a new media, in all simplicity.

The innovation consisted of using the product itself, in a new design. We had fun doing the experiment, and that paid off. From the first prototype, the tag was good to go. We bullet-proofed it, tried and tested it many times. Once all concerns were behind us, we implemented it. 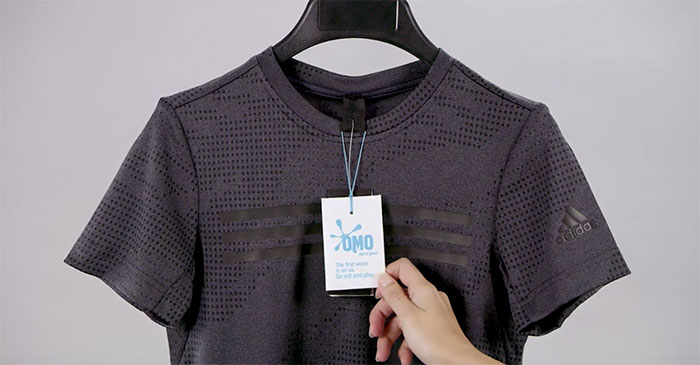 Can you see the idea being scaled up in the future?

OMO Tag created a new sampling technique and unveiled a new medium, for all industries to use. It definitely won’t be the last time this idea is used, nor will OMO be the only brand to implement it.

What are your targets and how are you measuring against them?

The ultimate objective is to establish OMO’s effective stain-removal performance. It’s a long-term one. So far, we generated word of mouth, brand love, engagement, and a skyrocketing positive intention to purchase OMO.

What kind of PR did you generate?

We knew OMO Tag would attract attention, especially in Beirut where people are hungry for innovative ideas and news travels fast. Beyond our expectations, OMO Tag reached global markets too, generating coverage in Adage, Ads of the World, Executive Magazine, Marketeer, AdForum and many more, all commending the sampling innovation of OMO Tag.

The WARC Awards – including a category for Effective Innovation – are still accepting entries. Please contact Chiara.Manco@warc.com for more information.