The Super Bowl is one of the most expensive places to advertise, giving brands access to an experience shared across America. But there are other ways to speak to consumers around the big event, argues Joe Worswick.

Last year’s NFL Super Bowl reached dizzy new heights in terms of digital media consumption. According to Fox, the game was the most live-streamed Super Bowl ever, bringing in an average of 1.7 million viewers per minute, a 23% increase from last year. With CBS claiming last year’s showdown was the third-most-watched broadcast in U.S. TV history with 111.9 million viewers I am sure this year’s encounter between the Pats, and the Eagles will be no different.

The opportunity for marketers to leverage the NFL Super Bowl platform to showcase their brand both on and offline is massive and the onslaught to gain a bigger slice of the brand awareness pie begins. Expect the likes of Ford, Budweiser and Oreo to maintain their tradition and eat up a significant part of this pie but competition is fierce. Brands need to continually look at new and creative ways to get the most out of their marketing efforts and create maximum cut through.

Brands don’t need to spend copious amounts of advertising budget on TV ad breaks when they can use digital advertising in smart and effective ways. Time to get the data to do the talking and pin-point both the audience and optimal time to engage with viewers before, during and after the game itself. The channel is becoming more important than ever to engage with fans who watch the game and that show an interest in advertising. I believe there are two measurable strategies for marketers to make the most of the 2018 Super Bowl and any sporting event.

1. Sync with key moments on and off the field

Whether it be touchdowns or game-changing quarterback passes, fans will socially engage with these in-game events to become part of the debate. There-in lies an opportunity for marketers. With the advent of real-time advertising and dynamic messaging, brands can sync their message to these in-game events, be that a player celebrating a touchdown, block or even a stadium power cut. You just need to look at Oreo (during 2013 Super Bowl) who capitalized on the massive power outage inside the Mercedes-Benz Superdome in New Orleans by tweeting that you can ‘still dunk in the dark’. The tweet quickly went viral, amassing thousands of likes and retweets and taking the Oreo brand to new heights in-terms of brand awareness.

Power out? No problem. pic.twitter.com/dnQ7pOgC

It’s not just on the field, but also off the field where brands can capitalize on key moments. Lady Gaga’s performance at the half-time show last year was the most-watched musical event of all-time. Across all platforms it reached more than 150 million unique people, garnering more than 80 million views and totaling 260 million minutes watched. There are opportunities for brands to capitalise on moments like this and brands would be wise to do their research to understand how they might be able to leverage a moment like this to their advantage.

2. Take advantage of the second screen

More and more consumers today are watching television with either a mobile device or tablet in hand. This ubiquity of digital devices – smartphones, tablets and laptops – has opened the doors to marketing on ‘second-screen’ devices in conjunction with broadcasting campaigns.

During the game last year, online user engagement saw a 45% spike (higher than average) just after halftime. Budweiser conducted a great second screen campaign last year. The beer brand paired a Helen Mirren TV ad with a Twitter campaign that donated $1 to the safe rides campaign ‘Give A Damn’, every time someone tweeted an auto-generated tweet with the hashtag #GiveADamn. This enabled website visitors to find a safe cab ride by their zipcode. Budweiser eﬀectively re-engaged TV audiences by triggering contextual or supplementary ads on a diﬀerent device within seconds of the TV spot.

The campaign examples above have all been successful in reaching the right customer demographic which matter to their respective brands. This is because they are campaigns underpinned by data but given a creative edge to be meaningful to those that see it. By working closely with data analysts, advertisers can understand so much more about their target audience and combine the who and where, with the when. Layer this on with the right message and you’re on to a winner. This approach helps brands, especially at a time like the Super Bowl, stand out from the crowd and truly resonate with the consumers they aim to reach. 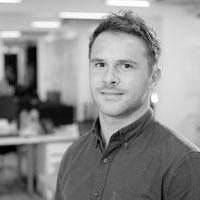