As industrialist John Wanamaker famously put it: "Half the money I spend on advertising is wasted; the trouble is I don't know which half."

A fast moving, ever-evolving media landscape means brands have a plethora of media platforms to choose from to engage with their consumers and prospective customers. But an abundance of choice has made once relatively straightforward budget allocation decisions all the more challenging. Reaching the right consumer, with the right message at the right time, in the right environment has never been more complicated.

So which media channel will generate optimum ROI? We've dug into Warc's database of cases, articles and research papers to find some answers – and found two different approaches based around the 2010 World Cup, one of the biggest "brand events" there is.

This paper outlines a research approach developed by the Nielsen Company to measure the effects of the 2010 FIFA World Cup via three multi-media screens; TV, internet and mobile devices. The Nielsen Life360 project set a clear objective: capture the "day in the life" behaviour of sample respondents and their interactions with World Cup – anytime, anywhere they occurred. Nielsen polled 27,000 consumers in 55 countries on topics related to the World Cup and found that while 34% of people around the world considered themselves soccer fans, an estimated 51% said they would be following the games in South Africa.

As expected, television was the dominant media used by the Life360 panellists to engage with the tournament, garnering a 57% share of World Cup screen choices among adults 16 years and up over the full month. TV out-of-home ranked second at 18%, followed by radio at 10%. Though mobile and Internet were used during the field period, these platforms were not favoured for following the World Cup. It will be interesting to see how World Cup 2014 media consumption behaviour compares.

Beyond brand tracking: Coca-Cola and the 2014 World Cup

This paper describes the development of tools to track the effectiveness of campaigns by Coca-Cola, around its sponsorship of the 2014 FIFA World Cup in Brazil. Coke wanted to be able to measure the effectiveness of its integrated communications plans, including understanding the contribution of four of its ad campaigns and each medium. An emotional approach to measuring campaign effectiveness was able to produce actionable results which in turn allowed it to optimise its strategies, understand the importance of different media for campaigns, react to extreme market conditions and focus on relevant brand indicators. This method allowed the company to understand the contributions of various mediums such as TV, social media, packaging changes and much more.

Interestingly, out of all the touch points individually evaluated, the one that got the highest emotional scores in any campaign was a special edition of the Coca-Cola can. This packaging was produced right before the period of the Confederations Cup in 2013, and it showed the three main colours of the Brazilian flag covering the iconic red Coca-Cola can. 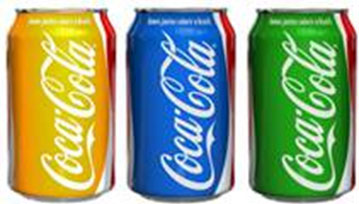 This can produced a very strong and positive emotional response, as it was very different from the normal and expected product appearance, making it very noticeable and surprising but also meaningful. This element became the "lead medium" in its campaign, with more reach than open TV advertising.

The analysis across four different integrated campaigns shed important light on the specific role of each touch point – like the emotional power of the iconic can and the surprise and excitement that can come from varying it.