Gareth Kay takes inspiration from an ad that's done the seemingly impossible: uniting all the internet in one emotion. Pepsi's ad drew derision across the board, because the idea of purpose - as a way of doing business - had fallen away to the notion that brands must tell a far grander narrative. Brands should become more comfortable playing a more modest role in people's lives, he argues.

The inspiration for this month's column came from the story that has taken over my Twitter feed during the past couple of days: that Pepsi ad. The one where Kendall Jenner, after fist-bumping a few protestors, hands an ice cold can of Pepsi to a police officer and brings everyone together. Now there are lots of questions about this – from the executional (a cello player?) to the operational (how did this manage to get approved?) – but the most important question for longer-term, substantive debate lies in the strategic approach they took.

The ad was apparently entitled 'Live For Now Moments Anthem' and it appears the strategic gist was that, as a brand, Pepsi believes we should all unite and 'join the conversation'. Some have argued it continues the long line of soda ads encouraging peace for all (Coca-Cola's Hilltop ad) and Pepsi's long-time focus on generation youth that started with the 'Pepsi Generation' in the 1960s. But what's so apparent with this latest ad is the tone-deaf, misguided attempt to appropriate culture. 'I'd like to buy the world a Coke' was a wishful thought for arguably simpler times: the new Pepsi ad is a piece of pure brand narcissism that Pepsi can be the lubricant that helps us all unite.

The problem, I think, is one that we are as guilty of in the brand advice business as some of our clients. We read about this 'purpose' thing a few years ago and thought it was about a way to tell a grander narrative in advertising rather than being about an idea that fundamentally drives everything we do in business. More often than not, we used purpose as a way to appropriate culture rather than to illuminate what we believe to be true within a company. Dove's 'Campaign For Real Beauty' is often held up as the prime example of a purpose-driven brand, but it did not extend much further than an advertising campaign that was no more than (an admittedly timely and brilliant) commentary on the tropes of beauty advertising. Compare that with something like Halo, the coffee brand launched by Nils Leonard, whose purpose is 'to deliver the world's best coffee in a way that's best for the world'. Their actions – biodegradable pods that don't become landfill, making Kopi Luwak Diamond beans available in pods for the first time – are manifestations of a real point of view rather than desperate attempts to attach themselves to things going on in the world.

The relentless pursuit of purpose has contributed to brands losing the art of humility. Brands are increasingly living with their head in the clouds, where people in the real world disengage or lose any sense of emotional connection to them. It was Howard Gossage who said, "People look at what interests them, and sometimes it's your ad." Well, this has never been truer than it is today, and not only is it the case that ads are pretty low down on the spectrum of things that interest people, it is also the case that brands are pretty low down too. Yes, brands are important to people, but in the grand scheme of things, they do not really measure up against crime, the latest baseball score or 'what's for dinner tonight'. As the marketing academic Patrick Barwise points out: "Often our biggest mistake as managers is believing that, in general, customers care a lot about our brand. They do not."

Brands are increasingly full of hyperbole and they need to find their humility again. To be comfortable in playing a more modest role in people's lives and the terms with which they engage with people. To be more honest about the role they play in people's lives and the value they can credibly provide. To recognise that sometimes all we do is make things work a bit better, not make the world a better place. And to be brave enough to deliver this with a touch of humour and self-deprecation.

Perhaps most importantly of all, we need to move away from making bland proclamations about what our brands can do, or attempting to appropriate culture, and instead focus on delivering against an idea that impacts everything we do as a business. To reframe purpose as an organising idea that drives everything a brand does, not just its narrative or advertising. To rebuild purpose as a mixture of values, ambition and a more empathetic view of people in the real world. Perhaps if we do that, we can make brands that are more valuable and useful to people. And perhaps we will stop having moments where we manage to achieve the seemingly impossible today – to unite the internet against us. 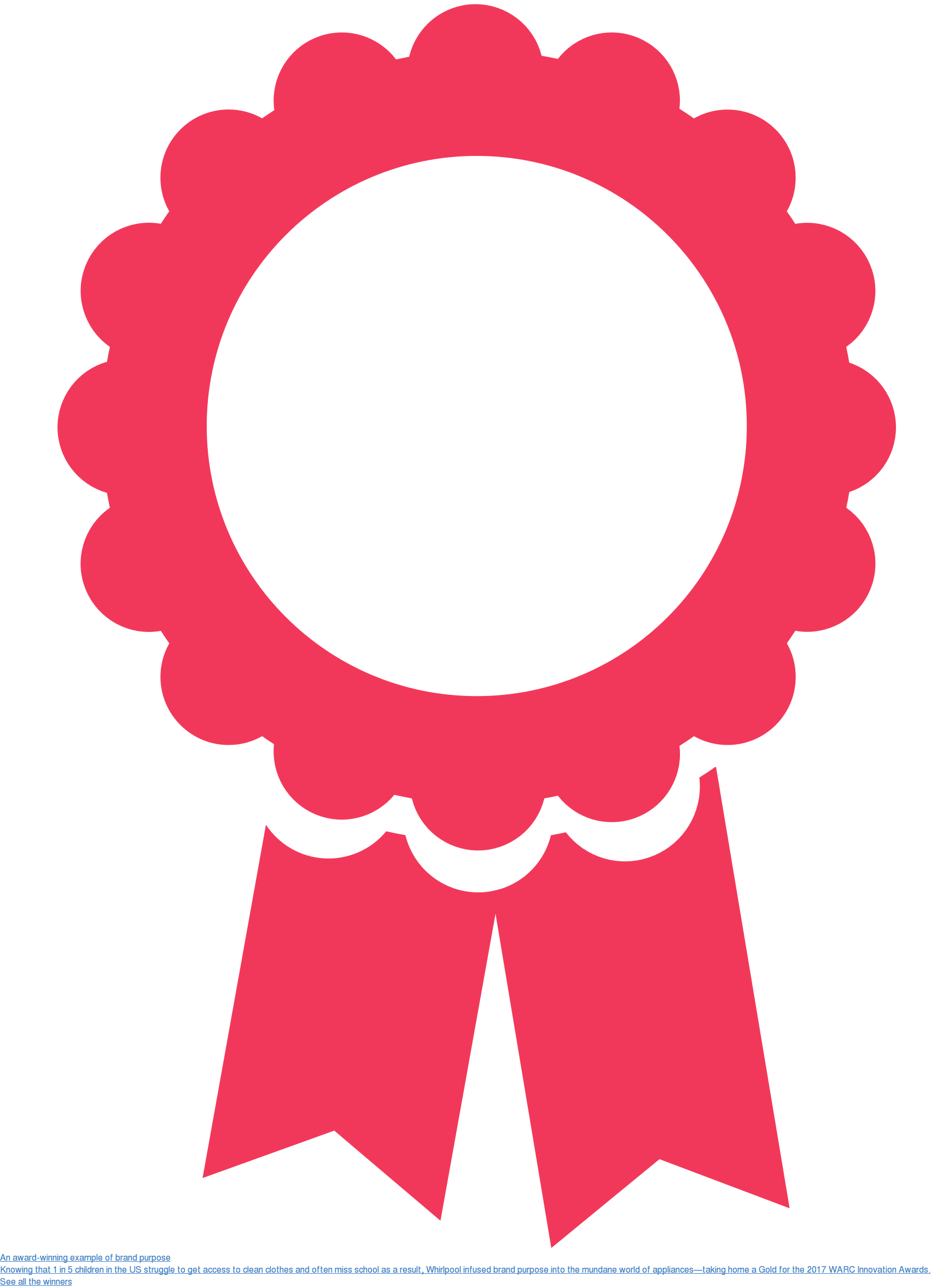