"The World in 2014" was the theme of the Trajectory Partnership's first breakfast briefing of this year, which was held in London last month. Paul Flatters, chief executive of the consumer insight and futures consultancy, highlighted some of the key themes likely to affect consumers around the globe in the coming months.

One of the most notable findings that emerged from Trajectory's Global Foresight research was the emergence of the "compromised consumer". The company found that in some mature markets – and particularly the UK, France and Japan – there are a growing number of jaded consumers. Struggling with the impact of the recession, these shoppers are eager to get the cheapest price but have grown frustrated by time pressures and decision fatigue. 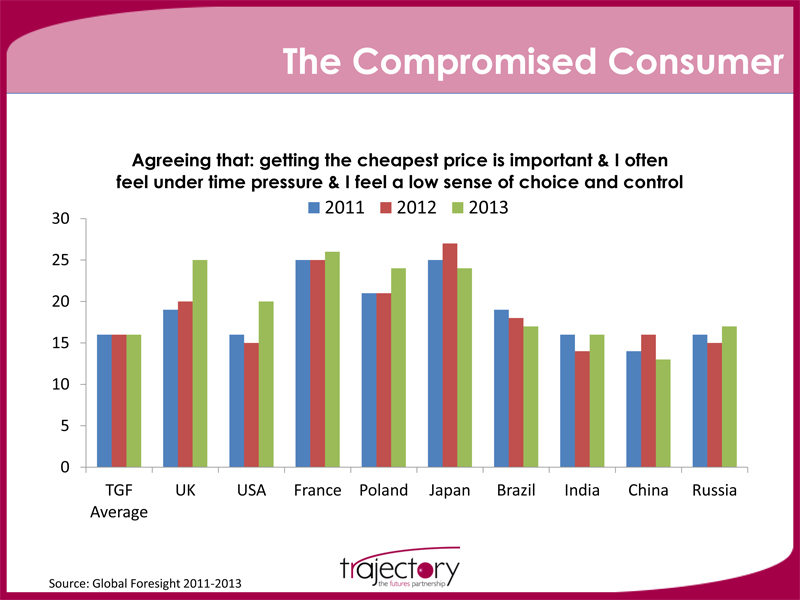 However, the study also identified a cohort of savvy consumers who, while aware of the economy's influence on their lives, feel empowered when it comes to managing the potentially negative impacts. These "uncompromising consumers" – present in a wide variety of markets – typically utilise price comparison websites, shop around for the best deal, exploit discount offers, and so on.

While 2014 will be shaped by this polarisation of "compromised" and "uncompromised" consumers, an affiliation with either group is by no means exclusive; people often flit from one group to the other, Flatters observed.

The Trajectory Partnership also identified the emergence of a "new morality". In response to the harsh economic climate, there is a growing emphasis on self-preservation and a focus on "close-to-home" needs. Moreover, the "new morality" is characterised by consumers' rigorous scrutiny of brands – and a corresponding willingness to expose corporate misconduct on social media. Warc subscribers can read more about this trend in a Warc Exclusive article: The UK in 2014: Marketing to the post-recessionary consumer. 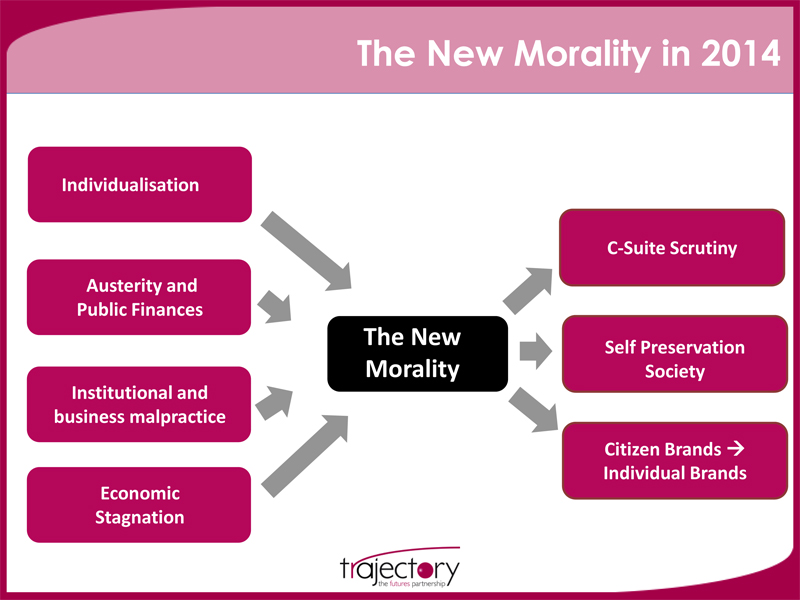 Here are some other notable trends discussed on the day: