Kawal Shoor offers a breakdown of The Womb's research into India's silent majorities and the questions that marketers must now ask themselves about untapped opportunities to engage.

Of late, we’ve been informed… or rather, inundated by a deluge of reports on what the COVID-19 lockdown has done to people – either to their health or to their jobs, or to their minds. These have either been experts’ own views or based on some analysis of social media feeds. As helpful as they are, these reports are based on the utterances of vocal minorities.

India is the land of silent majorities, an unspecified large group of people comprising various identities whose voices and feelings are often not represented in the popular discourse.

In response we embarked on intensive research conducted over 60 days of lockdown, capturing over 180 conversations. Our small attempt at representing the voices of the silent majorities across India.

This research is different from other reports as it's about people and not about consumers or target groups (TGs). We used the same questions in all the three phases, and expectedly, got different answers. And it has been fascinating to observe the evolution.

To read the full report A three-phase journey into the hearts and minds of Indians during the lockdown, click here.

Imagine that you are one of the 120 million blue-collar employees in India whose salaries/wages have taken a hit, or you have lost your job or are not sure when you would lose it in future due to COVID. You have little to no savings and a family that is entirely dependent on you. You know that if you or your family members become critical due to COVID, you won’t be able to afford treatment in a private hospital and it might be too late when you get a space in the public hospital. Your dream of buying your own house, the same house that you were saving from whatever limited salary you used to get, is dashed and divided like pieces of broken glass.

Educated. Bright. Financially comfortable. Socially aware. The bright-eyed children of the nation. Is it all just too good to be true?

They say that tough times reveal a person’s true nature. And as marketers, there’s no better opportunity to understand who this cohort really is, and how they truly think and behave than a pandemic-enforced lockdown.

The house help, the silent force behind the middle-class urban women, have often been reduced to being just props in urban-homemaker centric narratives by brands. But these women are a working-class force who contribute to the secondary, and in many cases, primary income of their households.

The lockdown changed them and their interdependent relationships with urban homemakers.

A relationship that went from absolute dependency to absolute abandonment. Though their sources of future income have become more and more uncertain, these women have emerged more resilient than ever before. Isn’t it time we got to know them a little deeper?

There are more than 42 million people engaged in trade, and small trade. India also has more than 70 million shopkeepers who control close to 90% of the retail trade. No doubt they are the backbone of the Indian economy.

You will not find their voices on Twitter or in newsrooms. But they are closest to the end consumers and the ways in which their businesses change, has direct implications on how brands reach their end consumers. Marketers should learn about their deepest fears and their outlook towards a “new normal” in the wake of COVID-19.

Homemakers, in a patriarchal society like India, at least in traditional households, have been restricted to the four walls of their homes for generations now. Which is why surprisingly, they were the only cohort that initially felt the lockdown will be inconsequential for them. However, towards the end, it not only made them realise the harsh realities of their self-worth but also made them question their significance in the household.

Marketers for years now have contributed to portraying them as superheroes, unflinchingly dedicated to their families. But when there was no escape from the monotony of household drudgery, did homemakers behave the same? Do marketers really understand their vulnerabilities and desires, not only as homemakers but as women?

With more than 50% of its population under the age of 25, India is a country of young people. And the youth is a cohort that thrives on its freedom - it's the time when friends take precedence over family; when every moment is spent yearning to get away from home. It came as no surprise then that being forced to stay locked in with their parents, started off as a harrowing experience for these young adults.

The real surprise, though, came through over the course of the study. As we dug deeper, it became obvious that there is more to them than the stereotypical representation in media makes them out to be. Have we, as marketers, been attempting to forge real connections with the youth based on a simplistic and superficial understanding of them?

We often find that India is represented in one unified way in various reports but at the heart of it, India is one of the most diverse countries in the world and a melting pot for intersectional identities and thoughts. Through this research, we have tried to capture some of these identities and voices that represent the silent majority. Further, the aim of this project was not to benefit brands and improve communications, but more to understand human nature better, as it tries to navigate life through a crisis. Strangely, we now have more learnings about opportunities in more categories than we even work on.

Strangely, it has ended up informing our consumer and creative thinking in a way we hadn’t planned for or imagined! Here’s hoping our perspectives open up newer possibilities for you as well. 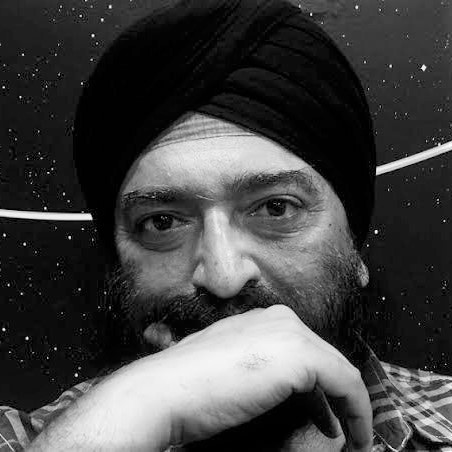 Kawal Shoor is a planner and founding partner at The Womb. He can be contacted at kawal@thewomb.co.in
Get a demo
Topics
Send feedback