Climate change is on the agenda as never before. MediaCom’s Pauline Robson calls for the advertising industry to play its part in tackling the crisis.

We are in a climate and ecological emergency

The government has declared a climate emergency, numerous local governments have declared it, and last summer more than 50 CEOs from across the industry, including MediaCom, declared it.

The climate emergency is one of the biggest challenges – if not the biggest – facing humanity today. The very future of our planet is at risk, and we don’t have long to save it. The IPCC Special Report highlighted that we have just 10 years left to limit global temperature rise to 1.5 degrees above pre-industrial averages or face catastrophic consequences We’re already starting to see some of the consequences of this temperature rise: rising sea levels, biodiversity collapse, more frequent extreme weather events, record-breaking world temperatures and an increase in droughts and crop failures.

In 2019 alone we experienced the hottest February and July day on record in much of Europe, severe flooding in parts of the UK, wildfires in the Arctic Circle, Amazon and the unprecedented forest fires in Australia over Christmas. The UNHCR estimates that around 21.5m people a year are displaced by extreme weather, and as the frequency and severity of such events increase, this number will continue to grow.

The consumer imperative for change

Thankfully, 2019 also seemed to be a turning point in the public consciousness. Awareness of the seriousness of the climate crisis is growing thanks to activists including Extinction Rebellion, the School Strikes 4 Climate movement and Greta Thunberg. A 2019 ComRes survey for Christian Aid reported that 71% of people in the UK now believe the climate crisis is a more important issue than Brexit, and six in ten people said the government was not doing enough to prioritise the issue.

It’s not just governments that people are looking to for action. In MediaCom’s latest Brand Purpose Tracker study, 84% of respondents agreed that brands have a responsibility to minimise their environmental impact. Not only this, but people are increasingly looking to businesses to step up and to take action. Edelman’s 2019 Trust Barometer research found that 79% of people felt that CEOs should take the lead on change rather than wait for government to impose it.

So, there is clearly a consumer-driven imperative for change. People expect brands to do the right thing, are increasingly willing to pay more for brands that are better for the environment and want to see businesses taking a stand.

The business imperative to transform

And it’s no longer just customers demanding change from brands; there’s a business imperative for change. In April last year, Mark Carney, Governor of the Bank of England, made very clear the threat that the climate emergency poses to businesses – “Extreme weather events damage infrastructure and private property, negatively affect health, decrease productivity and destroy wealth…. If some companies and industries fail to adjust to this new world, they will fail to exist.”

Businesses need to transform and transform quickly – business models, products and supply chains will need to be reimagined. This will require a rapid shift in mindset as we move from an economic model of production and consumption to one that is circular and regenerative.

And businesses need to make doing the right thing easier for consumers, whether through product design, choice architecture, shifting cultural norms, or changing behaviour through comms.

Crucially business solutions need to be innovative rather than punitive. Innovations such as Loop, DS3 and DO Black are clever and easy ways to tackle challenges posed by packaging, emissions and water use, and overconsumption.

For firms that actively take steps to authentically improve their sustainability, there are considerable rewards: a Harvard study found that businesses making investments in environmental, social, and governance issues exhibit better stock market performance and profitability in the future.

It’s not just about profit, as sustainability will become increasingly important in attracting and retaining talent: 62% of employees expect their employers to have more purpose and social impact. And for 19% this is a deal breaker when it comes to joining a new company. Simply put, businesses can’t afford to ignore these issues any more.

We have our own, vital role to play as an industry

As communication specialists, we are at the interface of business and consumers, with the skills to change attitudes, culture and behaviour.

Initiatives such as the Climate Crisis Summits, Create and Strike and the Purpose Disruptors network point to a shift in consciousness across the whole advertising industry as more people respond to the crisis with a desire to take collective action.

Closer to home, a working group of GroupM agencies have been set up to explore our response to the climate emergency.

And our daily work within MediaCom can have a positive impact. For example, we are rolling out carbon neutral media planning in early 2020, allowing us to minimise and offset the carbon footprint of our clients’ plans.

2020 is a crucial year marking the start of a decade of climate action. In order to make the system changes required over the next decade, plans need to be put in place within the next 12 months. It has never been more important to put the climate and biodiversity at the heart of our decision making, as businesses, as consumers and as citizens.

The IPCC Special Report on Global Warming states that “limiting global warming to 1.5°C would require rapid, far-reaching and unprecedented changes in all aspects of society”. The message is clear – we can’t afford to do nothing. We all need to act now. 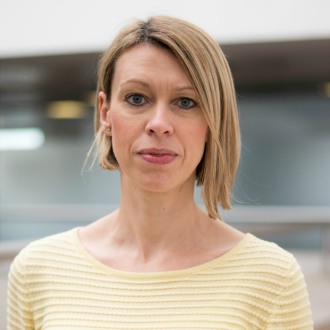