Humour hasn’t been the first option for most brands approaching their communications at this time, but Chris Arning suggests that humour effectively executed can yield great rewards.

I’ve been asked to think about what role humour has played during the pandemic so far. There are traditionally three humour schools.

First, there’s the Superiority School, based on the idea of humour establishing hierarchy in aggressive display.

The Incongruity School is based on the idea of humour seeking to resolve the surprising, peculiar or unusual which causes amusement.

Finally, the Relief School is based on both emotional arousal and the release of our anxiety through mirth.

It is worth remembering that physiologically, laughter isn't just provoked by mirth - we laugh involuntarily when we feel threatened or are faced with aggression either overt and covert. Jordan Peele, protagonist in hit comedy Key and Peele and director of critically acclaimed box office horror hits Get Out and Us made the move from comedy to horror and said that whether scares or laughs, both genres are “about building tension and releasing it”.

We know that gallows humour thrives in conditions of war – sometimes laughing at misfortune is a way of taking the sting out of things. Incidentally, The Blindness by José Saramago, an allegory for epidemics that has come back into fashion in Covid-19 is ultimately a sort of black comedy.

Even before Covid (BC), humour was already becoming an antidote to what has become a ‘new normal’ of uncertainty across the sphere: economic precarity, social atomisation, and political polarisation. Laughter increases happiness and dissolves stress. This is a key reason for the pervasiveness of humorous content: it is a drug that we increasingly cannot do without.

The stress conditions and undercurrent of anxiety unleashed by the Corona virus lockdown the perfect breeding ground for shared humour – it is a fertile time for the right sort of humour.

In terms of memes and viral videos that are doing the rounds, we see an assortment of humour types. There is a lot of humour based on Incongruity – e.g. life now versus before lockdown – juxtaposition of social distancing rules into historical scenarios, (the sort of stuff Cold War Steve excels at) and parodies of what politicians say versus what they do. There is some Superiority humour, mostly scorning politicians and mocking brands who get it wrong and of course the obligatory, cringe-inducing Zoom mishap videos for instance.

But mostly it is light, feel good stuff based on the Relief School of humour, in various ways: a lot of spoof songs or silliness about how we stave off boredom, which often help channel emotional hysteria as a way to fight against the tedium. In the UK there is a rich vein of bathos/crapness – think a David Shrigley sketch. It’s a humour about the extent of resourcefulness, which also shows that it’s okay to be below par at this tough time.

So what of the humour response from brands then? Ramesh Naranchandran in Creative Review, (Humour Issue, Feb 2018) wrote in the article On why brands stopped being funny: "These are comic times. And yet brands are reluctant to explore the comedy. It will take brave brands who are ready to leap over the earnestness of their sector."

The context we find ourselves in presents brands with a quandary. People need connection more than ever. As Victor Borge once put it: "Laughter is the shortest distance between two people".

Yet there’s a trade-off between our need to be connected through humour and our need to respect the somber, difficult context. As a result, humour done right makes a bigger impact, while the misfires fail all the more painfully. For this reason most brands seem to be playing it safe by adopting similar strategies with palpable code convergence in their ads.

This convergence recalls post-crash banking ads of 2008-2009. Most banks did a complete volte-face in their communications: ditching the whimsical, or phantasmagorical spots and opting for communication patterned on what we in the semiotics field called the 5 Cs: communitarianism, continuity, comfort, conviviality, and of course the conviction that we would all eventually ‘get through this together’ with more co-operation. The result, of course, was a carnival of cliché, a flattening of brand identity and homogeneity.

Channel 4 have been the most daring in their humour. Rather than conforming to an earnest, concerned tone of voice, they have stayed true to their roots by showing how their fans beat tedium by spotlighting ordinary chores and elevating slobbishness to heroism. “Britain; we need your buttocks, clenched together”.

I hesitate to offer ‘rules’ for deploying Covid-19 humour, but if I had to boil it down, it would probably be: 1. Show empathy, 2. Be yourself, 3. Offer value. All the brands above do that well. Ikea is a good example, though the spot isn't ‘funny’, it builds rapport and warmth.

One misconception about humour, and its use in brand communications, is that it’s about being entertaining or wacky: anything to make people laugh. Humour is subtler than that, shrewder.

Humour is always about building rapport, connection and showing empathy. It is the smartest way to show self-knowledge, wisdom and avoid sanctimony and earnestness. When we push the boundaries we show who we are and become more of ourselves, when we draw attention to our shortcomings, we show our vulnerability. That takes confidence. Viewers will recognise that. 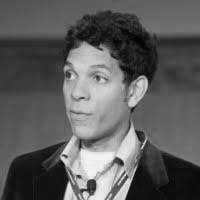 Chris Arning is a semiotician, part time stand up. His recent semiotic analysis for the BBC resulted in fresh humour insight, and sparked the commissioning of new BBC Sounds podcasts.
Get a demo
Topics
Send feedback