It’s been a busy couple of weeks for Scott McDonald, president/CEO of the Advertising Research Foundation (ARF). The trade organization hosted three information-rich sessions during Advertising Week – webinars that continued a streak of brilliant data- and insight-empowered online sessions that date back to the early days of the pandemic.

The final Thursday of Advertising Week saw the celebration of the 2020 David Ogilvy Awards, an event that had all the trappings of a formal gala in past years but, in 2020, was a streamed event with production values matching the ebullience of the occasion … even as it served to offer the marketing community the first broad-based platform for WIDE, the ARF’s newly established charitable foundation to increase the quality and diversity of the marketing research workforce.

But McDonald wasn’t done. The following Monday, an email with the header “Of Science and the Census” arrived in ARF friends’ and members’ inboxes. In that note (which appears below), the trade organization’s president/CEO introduced the ARF’s Universe Study, an exploration of “a common set of unbiased measures describing account and device sharing … updated annually, offering a more efficient, accurate and comprehensive alternative to current approaches – and creating a reliable standard for the benefit of the industry and its consumers.”

In more detail, the ARF’s Universe research will take the integrity of the US Census as its grounding principle, and address a nagging problem for all researchers: “The Census counts persons and households,” McDonald writes, “but those persons and households each now have different numbers of digital devices, email addresses and digital accounts (e.g., e-commerce accounts like Amazon, SVOD accounts like Netflix) that can be shared within households, across households, across geographies, or across generations”.

McDonald adds, “Think of it as providing some needed infrastructure to benefit our data-driven economy. It’s an ambitious effort, but one with good initial support and a huge potential benefit for our industry.” 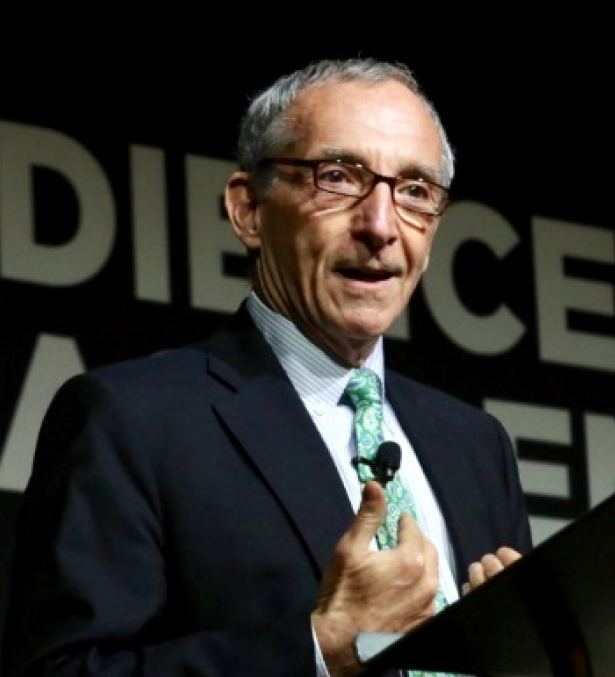 The full text of his letter provides context for the program, even as it seeks support throughout the entire marketing ecosystem to introduce the new digital standard:

Of Science and the Census: An Update from the ARF CEO

When I started leading the ARF nearly four years ago, I wrote and spoke about the importance of restoring focus on our original mission: to further the application of science to the understanding of marketing and advertising. I reminded audiences of how the scientific method was not a slippery anything-goes process, but a rigorous set of protocols that emerged in the 17th and 18th centuries to establish facts, test hypotheses, and incrementally build human knowledge in a durable brick-by-brick fashion. The result is a secure foundation on which to build further knowledge and allow society to function with some commonly shared assumptions about what is true. Superstition and myth persisted, of course, but science banished magical thinking to the periphery of educated society and formed the basis of our progress and material prosperity. I was fond of repeating Daniel Patrick Moynihan's quip that "You are entitled to your own opinions, but you are not entitled to your own facts."

My pleas were not issued in a vacuum since my arrival at the ARF happened to coincide with news revelations of widespread disinformation campaigns aiming to undermine democratic institutions. It also coincided with the rise of voices who championed "alternative facts"—voices that derided science and expertise as politically tainted, as "fake news". For most of these past four years, surveys and other evidence have indicated that the science skeptics were gaining ground. Elections around the world were won in part because people said they had, "had enough of experts," and populists dismissed appeals to expertise as the self-interested whining of an elitist establishment.

Now, however, eight months into the coronavirus pandemic, tracking surveys suggest that the public is coming to its senses again about the risks we assume when we substitute "magical thinking" for science. Though the decisions that most companies make rarely compare to the life-and-death consequences of public health in a pandemic, companies still make big bets with huge consequences. Companies also need an empirical foundation of facts about their customers and markets, just as they need the rest of the apparatus of objective scientific inquiry: unbiased measurement, observation and experimentation, transparency about methods, collaborative sharing of best practices and a willingness to change the narrative when warranted by new evidence.

Is it a paradox to note that, in some ways, the pandemic has made the ARF more useful to its members? Judging from the recent high attendance at our many virtual events and seminars, the spikes in requests to the Knowledge Center, the rising traffic and downloads at thearf.org and the growing participation in our Councils, it seems that our member companies need impartial factual information now more than ever. We've never been busier but we have a lot of company in that—you our members! It’s good to know that we are all in this together!

One particular ARF member has gotten a lot of my attention this year—the U.S. Census Bureau. It is an honor to have the Census Bureau in the ARF, given its exceptional level of professionalism and our shared commitment to the principles of science, objectivity and methodological transparency. The ARF has weighed in on some of the controversies surrounding this year's decennial count of the population. We opposed the politicized insertion of a citizenship question. We supported the Bureau's request for extended fieldwork to make up for time lost to the pandemic and ensure as complete a count as possible. And we questioned the planned application of the concept of "differential privacy" to the Public Use Samples to be released in 2021 and 2022.

Why would the ARF bother with matters related to the Census? In addition to its Constitutional function, the Census is also the factual cornerstone of much of the work that we do in marketing, media and advertising research. It is the most frequent basis for weighting samples or calibrating datasets. It is the basis of most local and national market media measurement. It is fundamental to our understanding of we are changing as a population. A full and accurate Census is of incalculable value to businesses—especially in a data-driven economy. It is not an exaggeration to say it is indispensable.

Yet in the digital economy of today, there are important questions that the Census does not help to address. The Census counts persons and households, but those persons and households each now have different numbers of digital devices, email addresses and digital accounts (e.g. e-commerce accounts like Amazon, SVOD accounts like Netflix) that can be shared within households, across households, across geographies, or across generations. Researchers and service providers lack a consistent, reliable and efficient way to parse and re-weight the digital world at the user level. There is no standard and no census to help. Different companies project to different estimates, creating confusion and raising questions in the market. Some ARF member companies conduct their own user-level studies to create universe estimates or track usage and sharing of devices and accounts, but these studies tend to be expensive, lack accreditation and may not be comprehensive enough for all uses. Other companies address the need by piecing disparate data sets together with assumptions about interaction, which introduces new uncertainty and risk.

So, the ARF is attempting to fill this void by proposing a rigorous, large-scale, MRC-audited single-source Universe Study that would produce a common set of unbiased measures describing account and device sharing. Think of it as picking up where the U.S. Census leaves off. Or think of it as providing some needed infrastructure to benefit our data-driven economy. It’s an ambitious effort, but one with good initial support and a huge potential benefit for our industry. At this point we have framed the research design, solicited bids and chosen a partner—NORC at the University of Chicago. We are soliciting subscriptions from all interested parties and hope to be able to greenlight the fieldwork in the next few months. If you are interested in participating, please get in touch.

Forgive the long letter. As you can tell, I am excited by our progress even during this challenging year. The ARF exists to help our members improve the caliber of their research, analytics and insights practice. There are so many ways to participate and benefit, so I invite each of you to find the ways that best fit your needs and jump into the fray. The more you put in, the more you will get out.