‘Sex sells’ is an advertising truism, but when using this approach advertisers need to move beyond heteronormative fantasies and take a more grown-up attitude, argues Phil Rowley, head of futures at OMG.

Sex isn’t selling. At least not in the way that it used to.

Indeed, a recent piece in Vogue highlighted the growth of videos about celibacy gaining more than 98 million views on TikTok.

While young people are apparently having less sex, it doesn’t mean advertisers have to be anti-sex or prudish. The internet has become a hotbed of extreme pornography, but it’s also fast dismantling taboos and advocating for more open conversations about individual choices – even if that’s not to engage. It’s high time that brands take stock and reconsider how to market sex and relationships in more progressive ways.

A healthy conversation is possible

Look at the recent exposé of Abercrombie & Fitch. Its marketing geared towards ‘good-looking people’, complete with semi-clothed sales assistants, made it a dynamite brand in the late ‘90s and early noughties. It feels rather different today. The unrealistic body standards and lack of diversity in its ads – and in its stores – contributed towards a consumer backlash that saw the brand lose nearly a third of its market value.

Clearly there’s a dichotomy that brands have to be aware of: digital natives have may grown up with easy access to pornography through the internet, but old-fashioned titillation in advertising raises barely an eyebrow.

And given that open-minded hook-up app Feeld’s usership increased by 250% in just a year, platforms that are instant, inclusive of a multitude of sexualities, and allow audiences to explore their preferences, are now the mainstream consideration for growing numbers of young people.

Around the world people are rightly holding the establishment to account. Some of the most prominent social movements of the past decade have been focused on taking back control of our sexuality, most notably #MeToo.

Brands that fall short on promoting healthier attitudes to sexuality, body image and equality of gender roles in relationships will no longer be tolerated. The outrage that followed the infamous ‘beach body ready’ ad from Protein World in 2015 is a case-in-point. But big brands are paying attention. Dove’s Self-Esteem project tackles body confidence issues for the social media age, MAC’s #LoveMeMode celebrated self-love and body positivity on social platforms and Channel 4 has commissioned a body positivity series from Betty TV.

Incidentally, it's also worth mentioning sex isn't just a young person's game, as evidenced by the success of Netflix's hit show, Grace and Frankie, that revolved around the octogenarian best friends and business partners' efforts to market vibrators designed for their age group.

The United Kingdom also ranked highest in sex toy sales during the pandemic-fuelled sexual wellness boom. So it’s time to re-evaluate outdated national stereotypes and taboos around sexual self-expression, and indeed self-pleasure, too.

While audiences are likely to fall out of love with brands that don’t move with the times, the prevalent attitudes of youth audiences in the West aren’t necessarily in step with the rest of the world (as the 2022 Qatar World Cup clearly demonstrates). However, the same is true of the different cultures and age groups represented within our own countries – as our Durex influencers point out, one size does not fit all.

The power of sex as a marketing tool is changing but it isn’t necessarily diminishing. Sex will always remain part of the fabric of human life and just because digital natives are doing less of it, at least in person, it doesn’t mean we gloss over it.

Thankfully the fallout of the sexually regressive Victorian values that permeated even into the post-war generation’s worldviews is diminishing. So, it really is time to talk about sex, but this time let’s be authentic and responsible in how we do that. 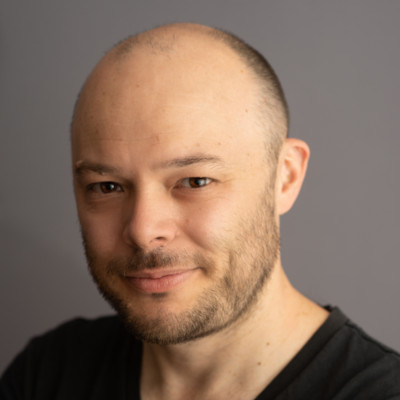