The internet is changing – as the next era of the internet arrives, it shouldn't carry the problems of the past forward with it, argues Permutive’s Joe Root.

As we move towards the next iteration of the internet, Web 3.0, we have to first solve the data ethics issues that overshadow digital advertising today.

For many consumers, the veil has already been lifted on what happens to their data online, and they are worried; 86% say data privacy is a growing concern for them, and 40% don’t trust companies to use their data ethically, according to a KPMG study.

Strong data ethics and solving for privacy is no longer a nice-to-have, as the Information Commissioner’s Office (ICO) set out data protection standards that companies must meet to safeguard people’s privacy online when developing new advertising technology.

In the release, Information Commissioner, Elizabeth Denham, said: “What we found during our ongoing adtech work is that companies are collecting and sharing a person’s information with hundreds, if not thousands, of companies about what that person is doing and looking at online in order to show targeted ads or content. Most of the time, individuals are not aware that this is happening or have not given their explicit consent. This must change.”

The adtech industry has focused heavily on Google sunsetting the use of third-party cookies and how it is disrupting the way companies can target consumers online. But the disruption we are seeing is about more than just third-party cookies, and it’s bigger than any single tech platform. It’s about finding sustainable and ethical ways to buy media and reach consumers via consented data.

A shift in economics across the internet

Privacy is rewriting the rules of digital advertising, and first-party data owners — those who have a direct relationship with their users — will win.

If we look at publishers, they have a direct and consented relationship with their readers; they are first-party data owners. It’s why there’s been a rapid shift in advertiser spend into publisher-owned and -sold ecosystems.

Publishers provide a privacy-safe environment for advertisers to buy in, built on top of consented first-party data and without the need for third-party cookies. Advertisers also have access to first-party data, but many will not have enough and will need to form relationships with publishers to scale that data.

But what is happening today is that 15 advertisers have to pass through 300 distinct supply chains to reach 12 publishers, according to a study by ISBA into transparency in the programmatic supply chain. Direct relationships will alleviate many of the issues created by this complex system. And as the industry makes a shift to first-party data, the industry will move towards a privacy-first web and move from adtech controlled to publisher-owned.

We have seen our publishers increase their targeted impressions by a factor of 20 over the last two years, targeting billions of privacy-safe impressions through Publisher Cohorts — descriptions of users built from first-party data — every month. This is only set to grow.

Adtech should be an enabler

The infrastructure needs to change to supercharge an advertising ecosystem that respects and uses consumer data ethically. But as publishers build their first-party data businesses, they have become mini walled gardens. Instead, publishers need a consistent way of making their data available to buyers in a privacy-compliant and sustainable way. Scalable and safe entry points are required so advertisers can safely match their own first-party data, access standardised insights, and scale their audiences with publishers.

Sustainable ad businesses will not survive without it, particularly with the ICO issuing a stark warning against the advertising industry maintaining a status quo of online tracking and leaking personal data. And it’s why, as we head toward Web 3.0, adtech will no longer sit between publishers and advertisers but instead facilitate this new relationship to create a safer and more robust internet for the future.

Permutive is rebuilding data in programmatic advertising to protect privacy. As the only Audience Platform built on patented on-device technology, we enable premium advertisers and publishers to plan, build and activate cohorts — all while keeping everyone’s data safe.

Find out more at permutive.com 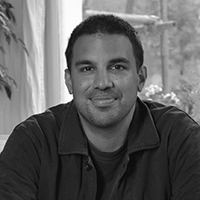 Joe Root is co-founder and CEO of Permutive. Following a BEng Computing at Imperial College and MSc Computer Sciences at Oxford, Joe started Permutive with his co-founder, Tim Spratt, joining Y Combinator in 2014.
Get a demo
Topics
Send feedback