The industry plays an important role in shaping the world we live in, and while the last decade has seen significant improvements around inclusivity, it can’t ease up on its efforts, says MullenLowe’s Jeremy Hine.

As an industry, we are undeniably making strides in the right direction. The conversation around inclusion and intersectionality continues to get wider and louder, and no one can ignore it anymore.

In 2015, the United Nations included ‘gender equality’ and ‘reduced inequalities’ within its 17 Sustainable Development goals. These called for inclusion, regardless of an individual’s age, sex, disability, race, ethnicity, origin, religion, economic status, or any other condition that may affect them.

During that same year, Cannes Lions introduced ‘Glass: The Lion for Change’, an award which recognises work that implicitly or explicitly addresses issues of gender inequality or prejudice through the conscious representation of gender in advertising.

Meanwhile, various movements have continued to push forward the cause of diversity and raise awareness of the issues minorities face. This encourages challenge and debate but also begs the question: how can advertising help our society improve?

While agencies are often told to “reflect reality” in their work, we can go much further than this. The creative community plays a powerful role in shaping the world we live in: creativity builds brands and sells products, but it can also change behaviour and fix erroneous stereotypes.

The challenge, however, is that real inclusion and diversity means inviting everyone to the party: people of all ages, genders, faiths, abilities, and levels of privilege. Authentically representing diverse audiences requires insight, understanding and sureness of touch. This presents marketing teams with an additional layer of complexity, and brands that attempt a box-ticking exercise (or worse still, that fundamentally misunderstand or misrepresent an audience) can do more harm than good. This was the case with Pepsi’s ad “Live For Now”, featuring Kendal Jenner, which received a strong backlash for its misjudged representation of the Black Lives Matter protests in the US.

There is no excuse for being patronising and there is no room for tokenism or inauthenticity.

Where advertisers are getting it wrong

As our understanding of Diversity, Equity and Inclusion has evolved to encompass a wider variety of groups, brands have been struggling to keep up. Particularly in broadcast media, they are grappling with questions such as: Do we have the right to be talking about this? Are we being diverse for diversity’s sake? Have we really understood the nuances involved? What if we get it wrong? Should we even attempt this at all?

I believe that the first thing to accept is that none of us gets everything 100% right all of the time, but that every attempt to move in the right direction broadens understanding and moves all of us forward.

Take Channel 4’s ‘We’re the Superhumans’ campaign for the Rio 2016 Paralympics as an example. While the campaign garnered a lot of positive feedback, it also received backlash for not reflecting the true reality for thousands of people in the UK living with disabilities.

A second key point to bear in mind is that stereotypes arise when we assume that everyone in a particular group shares fundamentally similar characteristics, when we forget that the real – and most interesting and authentic – differences between people are driven by personality, attitude, behaviour and experience rather than age, gender or ethnicity.

Our recent Invisible Powerhouse research around ageism uncovered this problem repeatedly. Have you noticed on surveys how age brackets from 18 to 55 rise by ten-year increments, yet from 55 or 65 onwards everyone is lumped into one segment? Our research suggests that many advertisers are mentally bracketing a huge proportion of adults in precisely the same way.

Too often we see ads depicting older adults as a stereotypically fragile group in need of pity and help. Occasionally at the other extreme we see octogenarians lionised as ultra-marathon runners and silver foxes: a more interesting, but equally misrepresentative portrayal. Naturally, therefore, older customers have been left feeling very alienated, with 88% of people over the age of 55 reporting feeling unhappy with the way advertising treats them.

As advertisers, we do not set out to create such stereotypes on purpose, but our decisions are influenced by unconscious biases we carry around with us. We did some work back in 2018 on this with IPG, UN Women, and other members of the Unstereotype Alliance in a move to help drive behavioural change. A key finding was that there are simple steps all of us can take to get better at representing diverse audiences in ways that are authentic and engaging.

One is to make our own communities as diverse as possible. When the people we rely on to create campaigns all belong to a single homogenous group it is far harder to create work that intuitively and accurately reflects diversity.

A second step is to never assume. If you’re not the person you’re trying to talk to, don’t assume you know what they think or what they want. You likely don’t. Only by having diversity in all its wonderful forms represented around a table can we generate a truly authentic view.

According to the last IPA census, the level of ethnic diversity of member agencies increased by almost 20% year on year, and the number of women in C-suite positions increased marginally. I am proud of the progress within MullenLowe Group with our Exco 50/50 female/male.

That said, gender and ethnicity pay gaps of over 20% were observed and the number of employees over the age of 60, which was already small, dropped by 22%.

Transparency during the pitch process

Some organisations are remarkably good when it comes to inclusive advertising, and some aren’t. As a creative community, we have a responsibility to help guide them through this process.

At MullenLowe Group, we’ve developed a diversity charter that we use to help our own clients with their advertising, but it’s not always straightforward. International work that runs over multiple markets can be particularly challenging, as cultural differences also need to be considered both behind and in front of the camera, and this can be a tricky conversation to have with clients.

Each client must feel comfortable with what they’re putting out, but we also have a responsibility to push for what we believe is right, so it’s about finding a balance. Having complete transparency at the very beginning of the pitch stage is key, as is having the confidence in our relationship to say no.

We’ve had to be upfront with clients in the past and decline to work with them simply because their approaches to certain topics differ from ours. Mutual respect is paramount.

Knowing the nuances behind identities

While business leaders should be looking to make their teams as diverse and inclusive as possible, we’re all experiencing the same severe resource crunch and hiring any talent is not easy at the moment.

It may take time to enhance the make-up of our teams, but that cannot be an excuse to fall back on making shallow or lazy assumptions about audiences. We need to go out and get diverse audiences involved in the creative process – not just as research participants but as creators and co-creators wherever possible, since knowing the nuance behind an identity is the only way to create work in which people can truly see themselves.

We’ve come a long way, but there’s still a long way to go

The term ‘diversity, equity and inclusion’ is ever-evolving and if we simply assume we need to show lots of different kinds of people in every ad, we’re at risk of our work losing any real meaning.

Instead, we need to take a step back. We need to understand that depth and nuance of portrayal delivers authenticity far more than the mere breadth of casting. And in order to understand nuance, we need to diversify our teams, work together to support and educate our clients, and stop making shallow and inaccurate assumptions. Only by doing this will we send a message to diverse audiences that they are heard, valued and included. 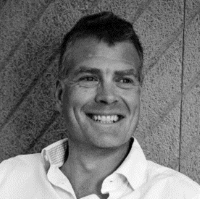