Even though Amazon is experiencing extraordinary growth, has plentiful reserves and is much admired, is Andy Jassy inheriting a poisoned chalice when he takes over as CEO next month? Can he emulate Jeff Bezos’ success in the mid to long term, wonder Seán Meehan and Charlie Dawson?

In 1997, in his first letter to shareholders, Amazon CEO Jeff Bezos explained how Amazon.com was using the internet to “create real value for its customers” and stressed how the business “will continue to focus relentlessly on our customers”. He later headed a whole section ‘Obsess Over Customers’.

Revenue back then was $15.6m, now it’s more than $2tr, so customer-focus clearly works. Bezos has been a primary mover in all this. He advocates tirelessly for ‘day 1’, starting in that 1997 letter – restlessly looking for new and better ways, models, products, services to solve customers’ problems even if it means challenging the way things are set up now and affecting short-term profitability.

However, Bezos is now stepping back and Andy Jassy will be taking over. In most organisations a change of CEO is a big risk. A Harvard study across 12 years and 688 CEO transitions found 13% of new CEOs leave in under three years, 85% of them seemingly as a result of being ineffective. In 2015, PwC’s Strategy& found that companies firing their CEO lost an average of $1.8bn in shareholder value compared with companies that had a succession plan.

Having spent seven years writing a book about customer-led success, The Customer Copernicus, we recognise the patterns here. Amazon’s success is rare but customer-led success has also been enjoyed by others for sustained periods – including UK retailer Tesco for 30 years and Swedish bank Handelsbanken since 1971. We found, though, that this kind of success is not natural. It depends on unusual shared beliefs held by people across a business – that making things better for customers, ahead of competitors and when commercial return is not guaranteed, does indeed lead to commercial success and sustainable growth. 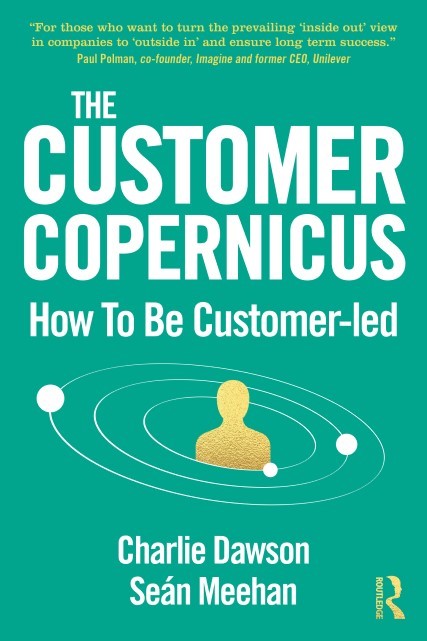 An early Amazon example of what we call a Moment of Belief was its Marketplace idea – having competitors’ products on your own Buy page creates potentially better deals for customers and is a massive issue for your own buying teams. But it grew customer share; losses on some products were dwarfed by gains overall

We found that these unusual beliefs in successful customer-led businesses are threatened from three directions.

Given all this, is it possible that Andy Jassy is inheriting a poisoned chalice? And how possible is it that he can emulate the success of founder Jeff Bezos?

Well, Apple went through a version of this, not just with the change of iconic leader but with plenty of business issues too. And Tim Cook’s tenure suggests that this kind of evolution can be navigated, at least into a next phase of success.

A home-grown replacement is the route to maintaining a strong and unusual belief system, which is what we found matters most in sustaining this kind of success. Maintaining beliefs by paying attention to them is a crucial issue in the business, then continually reinforcing them through ongoing Moments of Belief. Big, tangible actions that show the way things are done around here is unusual and very particular – this is what’s needed and how Andy Jassy should set up to continue.

We also see Amazon as having a very helpful, fatalistic view of itself, something that will maintain its burning desire to keep challenging itself and something that will keep it in Day 1 for longer. Because Jeff Bezos agrees with our own conclusions. Interviewed in 2013, Bezos was clear that Amazon would eventually be disrupted: “I would love it to be after I’m dead.”

The Customer Copernicus: How to be Customer-Led by Charlie Dawson and Seán Meehan is published by Routledge, priced £26.99, available from Amazon and leading international booksellers.

View all of Charlie Dawson and Sean Meehan's Opinion posts 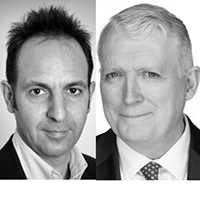 Charlie Dawson is Founder at The Foundation, a customer-led consultancy. Sean Meehan is Professor of Marketing & Change Management at IMD Business School.
Get a demo
Topics
Send feedback