When the world closed up shop in 2020, e-commerce shifted into a new gear. As the dust has settled from the initial shock, the challenge has moved from one of adaptation to one of competition. When everyone – buyers and sellers alike – is online, how on earth can you stand out from the crowd?

E-commerce boomed as stay-at-home orders were issued and the increased activity will stick. Nearly half (49%) of consumers expect to shop online more frequently, even after the pandemic, according to GWI’s latest report, Connecting the dots.

However, given the context of a virus, aspects of it could become stale. Product delivery has to be socially distanced, there is little interaction with staff or fellow shoppers and, most of all, fewer ways to distinguish a brand.

Even if normality returns next year, the last part will remain a tough nut to crack. However, our research has suggested ways to differentiate online.

Online purchases are largely driven by those “seamless” qualities of free delivery (60%) and an easy check-out (43%). Convenience still rules the day but 29% also want the online shopping experience to be entertaining. Interestingly, given where so much attention was focused during 2020, this is the same as the number who say support of social causes would nudge them into buying a product online.

There are many ways to use content and entertainment in this vein. One of the standout themes of this year’s Singles’ Day in China, for example, was minigames. In recent years it has been livestreams stealing the headlines in the East, no more so than when Kim Kardashian and local streamer Viya teamed up to sell 15,000 perfume bottles in a matter of minutes.

We believe livestreams will be a promising frontier in 2021 even outside of China, as they touch on other contextual factors around COVID-19 and its aftermath. They’re engaging, easily accessible, as well as entertaining. What’s more, TikTok’s sudden rise to prominence in the West (bringing with it social commerce expertise from its native market) has sparked off a kind of livestreaming race between it, Facebook, Amazon, and a host of other apps.

The value of browsing

When consumers watch livestreams in a shopping context they’re not necessarily there to make a purchase. Much like when visiting offline retailers, they have more freedom to browse. This allows retailers to build something approaching a virtual equivalent of their storefronts.

The livestream model in China is focused around influencers (known in the country as ‘key opinion leaders’) like Viya, and it is understandable retailers might flinch from putting their reputation in someone else’s hands. However, our research shows just how much consumers trust and value influencers’ opinions, and how ready they are to buy from them.

More to the point, communities can form around influencers when many consumers are shopping in isolation. They can provide a human face to brands at a time when we know consumers are looking for empathy to help support them through a pandemic.

Twentynine percent of internet users in seven countries frequently watch livestreams from influencers they follow on social media. Among those who do that, 80% say they are likely to buy products as a result. This is an important point in seeing the trend as something more than QVC and teleshopping transplanted online. Livestreams, especially when channelled through influencers, stand apart because of the interaction it fosters between viewer and streamer.

Small businesses, forced to innovate during a rocky 2020, have been at the vanguard, showing off their personalities and catalogues by going live. Larger retailers looking to get on board should think about how their setup can reflect their values and identity as well. While using influencers as sellers or brand storytellers requires relinquishing control, it will be worth the risk to avoid getting lost in a sea of competitors.

Those with a close eye on China have already speculated as to whether livestreaming could move westwards, and many have different interpretations of what is at the heart of the trend. For some, it is all about keeping the viewer entertained or about being able to see products demonstrated live. For others, it is the scarcity factor, driving purchases through offering limited ‘drops’ of new merchandise.

While livestreams need to be entertaining, they must also be informative. Consumers tune into livestreams because they will learn much more about the brand and product than simple online descriptions, pictures, and even videos. It is about finding the best way for brands to teach the consumer why they should buy their product.

Most of all, aspects of livestreaming matter more in some markets than others. Broadly speaking, entertainment is the key draw. However, in some important markets (the US, UK and India) viewing a live demo is more important to consumers than being entertained. So, there are different implications depending on cultural factors. In these countries, a more restrained approach, concentrating on product quality and durability, will land better than more entertainment-minded approaches.

It has been stated that, in 2020, e-commerce jumped forward by about five years. 2021 may be the year that infrastructure catches up to adapt to the extra demand.

Consumers thrive on experiences and the pandemic has forced retailers to ensure that this is possible online. Livestreams are not just a way to offload stock in a pinch, they are a way to stay relevant and discoverable in a retail world that is increasingly online-first. 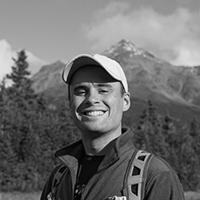