Could a digital dividend be the answer to seizing back power from Amazon, Facebook and Google? Rick Madigan, digital marketing strategist, MMT Digital, explains

The idea that Facebook, Google and Amazon could pay a digital dividend and share some of their profits with consumers whose data they monetise is gaining momentum.

The left-of-field idea has been floating around for the past few years in the US but has now gathered pace after California governor Gavin Newsom backed the idea.

Newsom said: “Consumers have a right to know and control how their data is being used. California’s consumers should also be able to share in the wealth that is created from their data.”

George Osborne, the editor of London’s Evening Standard and former UK chancellor, has also backed the idea, championing it in this year’s Hugh Cudlipp lecture.

Momentum behind a digital dividend comes as politicians and consumers turn up the heat on tech giants, demanding they improve the policing of their sites; privacy groups, meanwhile, want full transparency, arguing the likes of Google and Facebook play fast and loose with consumer data.

But could a digital dividend be the answer to help repair some of the shoddy behaviours of the platforms, from sloppy data control to the spreading of fake news?

And, crucially, how would it work?

Potentially, it could work by paying individuals for data they give to companies. Alternatively, a universal data income could be introduced, where money taken from data-holding companies would be put in a public fund and paid out annually to consumers.

In theory, the digital dividend is an enticing prospect and, surprisingly, there is a precedent: in the 1970s, the Alaskan government made an agreement with oil companies allowing them to profit from reserves with the proviso they shared the wealth with residents.

The Alaska Permanent Fund has helped wipe out extreme poverty without harming the economy and an optimist would say a digital dividend could also benefit society.

But the idea is still a long way from becoming a reality and there are a number of imponderables to consider.

If the dividend was introduced, would this mean businesses would be less likely to use – and pay for – the data? (This would be counter-productive, as data, used in the right way, like helping with car safety and medical care, can provide a public service.)

Surely, businesses would be prepared to stump up the cash if the data could help drive innovation that could lead to increased sales.

On the flip side, it’s likely that fewer companies would pay for data for hit-and-hope opportunities, like random display adverts; the big losers then would be social and display marketing companies.

But if there is less noise and annoying ads, that’s beneficial to the consumer.

One complication, though, could be determining which companies pay the dividend.

Factor in the difficulty of pricing the data, which would likely vary depending on how rich and granular it is, then the challenge becomes an even bigger one.

The practical minefield becomes even greater when one considered how a digital dividend might have to be adapted on a country-by-country basis to accord with country-specific rules.

An alternative option, championed by a number of economic scholars, is the use of data agents. These middlemen, who would represent users of a service or platform, would negotiate on behalf of the users with the companies, thus negating the bureaucratic challenge of individuals negotiating themselves over data usage.

But this idea also has its challenges, not least the financial rewards of the agents and whether the agents would always have the best interests of those they represent.

There is little doubt that, with the tech companies under unprecedented fire, those who espouse a digital dividend are likely to earn political points and be applauded by privacy campaigners.

But a digital dividend is far from a reality and, importantly, is partly based on the notion that users are unhappy with the current status quo. But most people understand (and are happy) that social media platforms or video hosting websites are offered for free to the consumer because data is taken as payment.

The value exchange is a free service for the permission to monetise personal data.

And, furthermore, it could be argued that a digital dividend could discourage all individuals from exercising their right to privacy, leading to privacy ‘haves’ and privacy ‘have-nots’ depending on incomes.

Crucially, it is also likely the tech platforms would be resistant to a digital dividend.

Google and Facebook were quick to agree with opponents in the wake of the Christchurch massacre that they needed to take more responsibility.

But whether they would be so agreeable to a digital dividend, which could make a significant dent to their profits, is another matter.

A digital dividend is a nice concept but at the moment it’s nothing more; for it to gain further traction, serious research would need to be undertaken as to how it would work in reality. 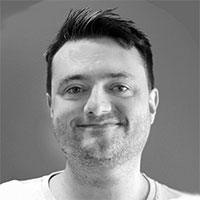