There will be winners and losers in the current crisis and big tech isn’t going to be in the latter group; Sam Peña-Taylor heard Professor Scott Galloway’s take.

In 2018, Google and Facebook accounted for over half (56.4%) of internet ad spending. That figure rose to over 60% in 2019 and in the current year the duopoly’s share of internet adspend is expected to reach 71-72%, aided by the significant declines in the rest of the media landscape. 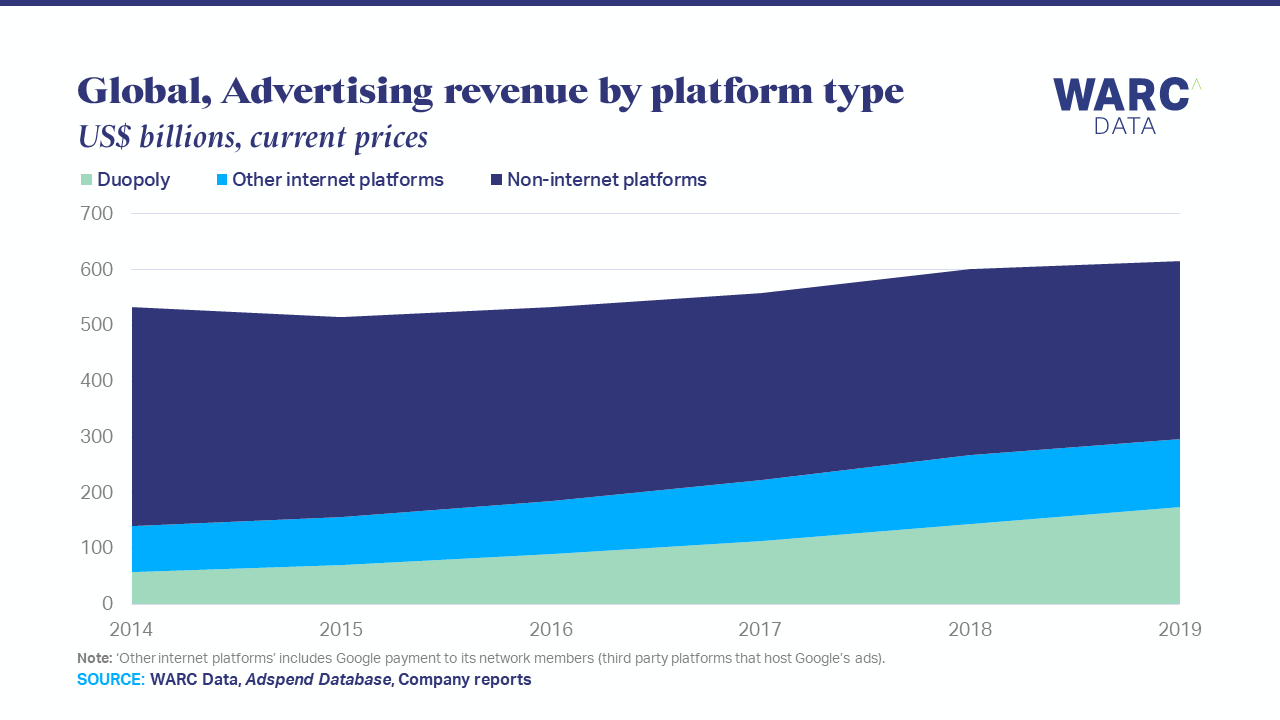 Sure, there will be a short-term hit to these companies’ fortunes, but it’s more likely to be V-shaped, reflecting a swifter recovery than the rest of the economy. The reason Facebook and Google will come through the impending recession in better shape than most is because of their vast reserves of cash – Google’s war chest is just a tad smaller than the combined market capitalisation of both Boeing and Airbus.

Offense is an obvious strategy for both these companies, which are expanding headcount as much of the advertising universe contracts. They can do this while remunerating handsomely in ways that other companies just cannot compete with. “A Publicis account director by the time they’re thirty makes the same amount of money as a 24 year-old at Google,” Professor Scott Galloway observed in a recent webinar.

And, he added, particularly vulnerable at the moment are those companies that rely on advertising spend.

“Everybody needs to think about how they move to recurring revenue” through subscriptions, he argued. But, essentially, “somewhere between one in ten or one in five (10-20%) of all media firms globally will not make it out of the ICU”.

Read more of Scott Galloway’s take on how the most influential four tech firms are shaping up for a post-coronavirus environment in this WARC report: Galloway: ‘A fifth of media firms won’t make it out of the ICU’. Later this month, WARC is publishing Global Ad Trends: The Adspend Outlook for 2020/21. You can register your interest here.