As the shift towards responsible living accelerates and consumers expect brands to shoulder the responsibility for improving the world, Wunderman Thompson’s Shaziya Khan says this is the time to do.

The COVID-19 crisis is a tipping point for businesses in “the age of responsible living”. Businesses have to start “doing” – doing more not just for profits but for society at large. Businesses and brands will have to be more careful, responsible and creative – all at the same time in their actions and communication.

Meanwhile, this crisis provides an opportunity for businesses and brands to connect with consumers in a meaningful way. It can also enable connections which will serve businesses well today and in the “next normal”.

How to be more purposeful

If the rise of responsible living was a dot on the radar, that dot has exploded in recent times. Typically, this dot was the small stuff – recycle, reinvent, reuse and reinform were consumer efforts towards “conscious consumption”, dutifully carrying one’s own mug/bottle/straw and cloth bags for shopping and as an eco-fashion statement, building sustainable offices and hosting sustainable conferences.

On a deeper level, there was an agenda being promoted for responsible living by intellectuals, visionaries and experts across ages and the social spectrum. Popular movements by future generations, on one hand, and thought leadership by a few progressive corporates, on the other, made conscious capitalism the thing to do.

Consumers are attitudinally inclined towards responsible living but unfamiliar with the means to do so by themselves (beyond small, everyday conservation measures).

Thus, consumers increasingly expect brands to be responsible, show the way and think beyond profit. Consumers believe that brands should take responsibility for improving the world. Brands that do so are called big picture brands. For consumers, big picture brands connect deeper.

For brands, this is a time for acting, not talking. In effect, “it’s the (circular) economy, stupid”. A circular economy, in contrast to the take-make-dispose model, seeks to rebuild capital, whether financial, human, social or natural. The circular economy is supported by two long-term drivers – connectivity (over half the world’s population, more than three billion people, are connected online) and rapid mobilisation (platforms that make it easier than ever before for voices to be heard). For example, Change.org, one of the largest social online platforms, is in more than 196 countries.

Business is out of step with millennial priorities

The analysis of what millennials think business should try and achieve versus what millennials believe business actually achieves (Deloitte Global Millennial Survey 2019) reveals a lag in several areas. These areas include improving skills of employees, enhancing livelihoods of employees, improving society (education, reducing inequality, diversity initiatives), improving or protecting the environment. Data also reveals that societal impact and ethics are the most common reason why millennials change their relationships with businesses.

Businesses and companies are under pressure on multiple levels, starting from calculating and minimising business impact, gauging their responsibilities and policies towards the well-being of their employees, their contribution to the effort towards combating the pandemic, and their marketing and advertising in these extraordinary times.

How should businesses and brands behave?

If we have to zero in on the biggest consumer trend of the past decade or so, it has to be “the rise of responsible living”. As the negative impact of our way of life became more pronounced, the shift towards responsible living accelerated and with it came the change in the role businesses and brands play in society. Economic, social and technological forces have combined like never before. This combination and its impact have been tangible and visceral. In many ways, it is leading to a realisation of what really matters.

Businesses and brands should modulate and calibrate their response towards responsible living depending on what kind of need they are satisfying in consumers’ lives, or what product and services.

Actions that directly respond on whatever scale is doable, within the framework of rapid response.

Tata Pravesh, makers of pre-fabricated doors, creatively connected its products to the safety and well-being of its consumers, urging them to stay indoors at the start of the lockdown.

Thereafter, once lockdown restrictions were gradually eased, the brand delivered a timely message of hope. The idea was to use #DoorsOfIndia to transition from the negative to the positive from the lockdown to the opening up. A soundscape was created using live sounds of doors being opened, along with ambient street noises, that capture the intense emotions of a fresh start.

The film, which was released on social media, garnered a lot of traction and media mileage. In just from days, it reached 15 million people on Facebook and Instagram, garnering 2.5 million views. Tata Pravesh, a brand still in its infancy, is expecting a 5% increase in brand awareness.

Sunsilk, a popular shampoo brand, chose to tell a story of the determined spirit of a young girl. It sends a message of hope to young women, whose lives were impacted, through the story of a young hairdresser (many hairdressers lost their jobs when salons closed down).

This was against the backdrop of young girls experiencing a slump in their lives. For many, their lives, routine and jobs came to a grinding halt due to the pandemic. The vibrant film conceptualised by Wunderman Thompson South Asia focuses on the hairdresser girl’s determination to beat her circumstances, doing what is doable, and shows how she completely turns her life around despite being at home. She realises she can provide online guidance to customers.

With a strong inspirational message of “Duniya mein chaao all the time” (Shine and the world is mine), the film inspires young girls who, if they think it, they can do it, lockdown or not! It encourages girls to find their shine even on the dullest of days and turn their life around. The film was released via TV and digital platforms and is a celebration of a spirit that is determined to shine despite the odds.

Actions that support individuals or groups serving as crisis managers, professionals in the field, in the labs and in the wider infrastructure to enable and improve humanitarian efforts.

This was a purposeful step given that in India, the restaurant industry is the second largest employer of human capital after agriculture. The restaurant industry was severely impacted due to the ban on social gatherings during the lockdown. Both restaurants and restaurant workers were struggling. Hence, the endeavour was to find meaningful ways to support the ecosystem. Thus #PepsiSaveOurRestaurants was born.

#PepsiSaveOurRestaurants was a novel partnership initiative between beverage brand Pepsi, restaurant industry body National Restaurant Association of India (NRAI), and leading technology platform and digital delivery aggregator Swiggy to support distressed restaurant workers. As part of the initiative, whenever a consumer added any soft drink (even a competitor brand) to their meal order on Swiggy, Pepsi contributed part of the proceeds to NRAI, which in turn provided meals to the impacted workers and families of the restaurant community.

With approximately 2.5 million meals being dispensed, #PepsiSaveOurRestaurants was a timely movement that not only provided food security support to marginalised restaurant workers and their families, but also increased demand for food via delivery and improved discoverability for restaurants on the delivery app.

While the brand served the community, it also drew love and respect:

Unilever’s soap brand Lux released a new film with actor Kareena Kapoor Khan, addressing the issues of judgements that women face. The film captures a conversation between star couple Saif Ali Khan and wife Kareena, where Kareena echoes the frustration of many women who face stipulations and restrictions when pregnant. When Saif reminds her that during her first pregnancy, she was happiest when she just followed her heart and was unstoppable, she realises that the solution lies within her. She knows she should continue doing the things she loves, which make her truly “glow”.

Kareena herself has been known to break stereotypes by working through her pregnancies. Lux helped tell a story about what she feels and represents. In this way, the brand has been a torch bearer for the fact that pregnancy need not stop a woman from doing what she wants to do. It is an initiative supporting pregnant women who often face judgements and work restrictions.

Actions that protect people from consequences, now and in the future.

Times of India made a countrywide call #MaskIndia to all Indians to make their own masks at home. #MaskIndia also focused on the proper sanitation and disposal of masks. This campaign inspired individual action and responsibility among Indians and prepared them to engage in the largest fight of their generation.

Amidst the rising toll of coronavirus cases and the fear of community spread, it was critical to share the message that everyone should wear masks. Resolving the acute shortage of medical masks and the need to save them for frontline workers was a priority, as was empowering every citizen to take charge of protecting themselves, their families and their communities.

To multiply reach of the campaign and drive engagement and practice, #MaskIndia was conceptualised as the first completely integrated campaign between the Times of India (TOI) and Times Internet (TI). News channels across the Times Network regularly broadcast the need to wear homemade masks. All TOI and TIL properties were teaching Indians how to make, wear, sanitise and dispose of their masks. The #MaskIndia hashtag urged citizens to participate and upload pictures wearing their self-made masks on the campaign website, to show how Indians are fighting back.

#MaskIndia was endorsed by the prime minister, awarded at Kyoorius 2021 and shortlisted at Cannes 2021.

Shell India’s “Great Things Happen When We Move” campaign amplified the debate around the International Women’s Day theme of challenging female stereotypes. It received 13 million video views and generated US$42.6 million in PR. “Great Things Happen When We Move” shows how the idea of mobility for an everyday Indian can transcend the mundane and be truly transformative. Research for the campaign indicated one particular set of consumers who moved confidently towards their dreams and captured the essence of the campaign idea – women.

In India, women face significant challenges in being free to move and the aim of the campaign was to encourage Indian women to keep moving by telling the stories of three inspirational women, our lighthouses of the nation. Shell celebrates the real-life story of India’s first woman truck driver, Yogita Raghuvanshi; the real-life story of Bollywood’s leading stunt woman, Geeta Tandon;  and the real-life story of the founder of Women on Wanderlust alternate social platform come travel service provider for women, Sumitra Senapati.

Shell’s mission is to inspire and move every Indian, no matter who or where they are. The campaign is about people who use their vehicles to realise their ambitions by doing one simple thing – moving.

Shell’s campaign celebrates India's dreamers and triumphs over the big roadblocks and small bumps along the road. Wunderman Thompson India wanted to give Shell's mission a voice and bring its partnership to life through a commitment to the nation, the stories of women who kept moving did just that.

What a brand needs most in these times is a real intention to “do”, especially through the lens of diversity and inclusion. 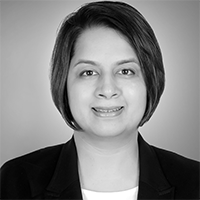