Brands are talking about ethics because consumers are increasingly aware – so goes the story. But Wasserman’s Tom Lovegrove wasn’t so sure. Here, he profiles the ethical altruists.

The last few years have seen a huge increase in conversations about ethical consumerism. Driven by a new ‘Woke Generation’ of Millennials, social movements including feminism and LGBT rights are taking centre stage in the media, while sustainable clothing and veganism are becoming mainstream consumer issues. The Fairtrade Foundation has reported that 25% of consumers are actively choosing to buy Fairtrade products and a study by Unilever found that 54% of consumers want to buy more sustainably.

In response, new ethically focused brands are launching with increasing regularity, while established brands are adapting their business models to engage this new community-minded consumer.

This is particularly true in the fashion world. ASOS is promoting its sustainability credentials with a ‘Made in Kenya’ range, as well as collaborating with LGBT organisation GLAAD on a new line to raise awareness, and H&M has launched a sportswear range made from sustainable materials.

Much of the rhetoric around ethical consumerism focuses on how it’s been driven by young consumers. Ben Gleisner, founder of Conscious Consumers – a platform that provides retailers with data about customers’ ethical preference – told the FT recently “Generation Z is the most environmentally and socially ‘aware’ consumer market yet. Even more so than millennials.”

Looking at data from Global Web Index, we’re able to identify and analyse the demographics and behaviours of the ethical UK consumer. But with ‘ethical’ being such a broad term, our first challenge is to define it. Not an easy task and open to interpretation, but for our purposes we have focussed on people who agree with all three of the following statements:

We see this combination of statements not just as an indicator of advocacy for issues around sustainability – one of the most popular causes that brands engage with – but also for a broader social altruism.

Surprisingly, Ethical Altruists - those that match the three statements above - only make up 25% of the UK’s 16-64 year olds. Given brands seem obsessed with this audience, you’d think there would be a lot more of them. Unsurprisingly however, 52% are aged 35 and younger. According to the data, it seems that after you hit 36, you are far less likely to share these altruistic values. Overall, women are far more likely to be Ethical Altruists than men across all age groups - especially among Gen Z.

The only exception to this is amongst 31–35 year olds, which also happens to be the second biggest cohort of Ethical Altruists after 21–25 year olds.

So what, if any, insights can be drawn from this? Perhaps this: 31–35 year olds should get far more focus from brands who have an ethical message.  A further comparison of their lifestyles against other age groups show how active they are in philanthropy. They are much more likely to invest in locally sourced and sustainable products and expect their favourite brands to behave ethically.

Combine this with their personal wealth compared to other age groups and it’s clear that brands need to give these consumers more attention. Of course, this shouldn’t be at the expense of younger consumers. Their passion is bringing these causes to the forefront of the national consciousness. They demand that brands should be more ethically responsible.

For the time being, however, they are much more cost conscious compared to their older compatriots because, like it or not, one interpretation of the data is that ethical altruism is a luxury that not everyone can afford. 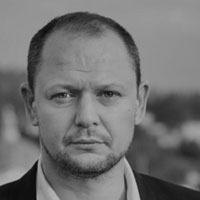