This week Warc is reporting from the Interactive Advertising Bureau's (IAB) 10th-annual MIXX conference in New York – one of the highlights of Advertising Week.

Randall Rothenberg, President/CEO of the IAB (US) wanted to shake up the opening-morning audience at the event, which carries the subtitle 'The Big Bang: when Technology and Creativity Collide'. 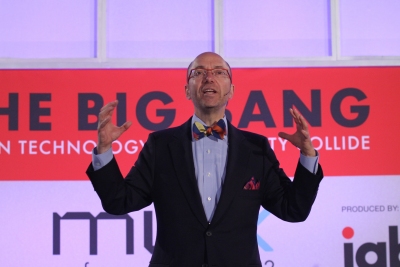 Promising a "new cosmology of advertising" – more specifically, "a new world, never contemplated by our forebears in the media, marketing, and advertising industries" – Rothenberg called for the "inevitable" combination of left- and right-brain thinking.

He insisted that three types of marketing professional are now all but extinct. First are the research-driven marketers ("who believe that direct-marketing research and copy-testing unlock the secrets of why people purchased what they purchased"). Second are the survivors of the creative revolution (who affirm that "advertising is fundamentally persuasion and persuasion happens to be not a science, but an art" and whose "cinematic television commercials and sensuous print ads… dominated advertising for 50 years"). And third is the more recent generation of communications technologists (who believe that "everything you need to know is in the data. The data can predict. The data can project. The data can determine.").

"Each is as narrow-minded as the Inquisitors who forced Galileo to recant, as constricted as the Newtonians who dismissed Einstein. They are divided by a 'gulf of mutual incomprehension' that they are too afraid, or too unaware, to cross."

Their successors, the IAB head told his standing-room-only audience, already have stepped up into new, powerful positions of digital leadership: "Technology and creativity have collided. They have come together to create spectacular digital communications campaigns that are more alluring and more effective than anything generated by traditional television."

He continued: "And when they get it right, they both change the zeitgeist. Working together, the technologists and the creatives are changing the world." 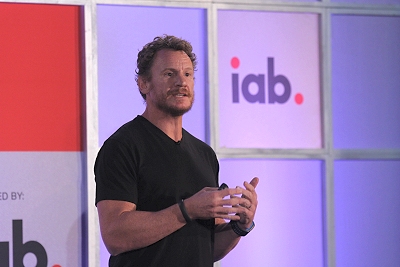 Law described a new agency creative paradigm: instead of a copy-writer-and-art-director team, storytellers now need to pair up with system designers. By accessing new technologies, he explained, new products, by their very nature, begin to tell the kind of stories that reinforce a brand's most positive elements, even as they engage a public anxiously awaiting the next product iteration from the design/technology team.

For Apple, the process began with the iPod, when Apple created a music source that could constantly offer new kinds of customer engagement – a process that it continued through various generations of the iPhone and tablets.

At Nike – where Law's agency has been telling tales of performance for years – athletes' shoes have taken advantage of the 'Plus' technology to appeal to more (and different kinds of consumers). With the Nike Fuel Band, the brand now reaches out to people who care about staying fit at the office as well as on the fields of play.

R/GA calls the new process of product enhancement "functional integration" of products and services centered around the consumer – a term, Law said, that "describes a pattern that has snuck up on us over the years. Through it, Apple has become much more than a personal-computer company; Nike much more than a place where only athletes live. From a practical agency standpoint, he added, the new paradigm means, "Creatives who don't have a bilateral brain can't work in this industry any more."

Watch out for more coverage from IAB MIXX on Warc's Event Reports page.