Brands can learn from the success of boys’ love or BL dramas and be a powerful force for LGBTQ+ rights by telling powerful stories of queer love while speaking to Asian cultural values, say TSLA’s PJ and JUNK’s Kenneth Wee.

From Singapore to Shanghai, Korean dramas like Squid Game have dominated Asia’s headlines and Nielsen ratings. However, under its omnipresent shadow, another genre is quietly making waves.

We are speaking, of course, about boys’ love (BL) dramas – the spiritual, televisual descendants of Japan’s famed yaoi mangas. As the name suggests, BL are romantic drama series which feature two male protagonists in a homoerotic relationship. As a couple, they journey through the genre’s most beloved tropes, from the meet cute to the mid-season breakup.

Audiences across Asia are swooning and production is on the rise. Whilst Shounen-ai manga has been popular since the 1970s, boys’ love dramas hit their stride in the 2010s. Between 2015 and 2020, the number of Japanese BL dramas doubled, while Thailand’s BL production has more than quadrupled to lead regional output. BL now makes up more than THB 1bn of Thailand’s THB 16bn entertainment industry.

Even though they clearly feature queer love, boys’ love dramas almost never make a big deal of it, unlike most brand Pride campaigns and messaging. What makes this strategy work so well, and what can brands learn about Pride storytelling from the genre’s meteoric success? 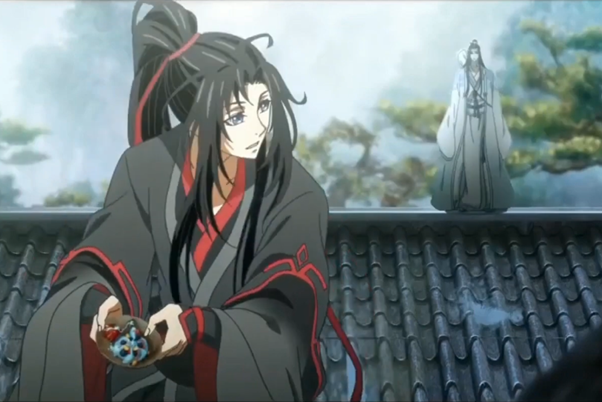 How BL dramas tell the forbidden stories of queer love

In most BL shows, the relationship inhabits a grey zone. Intimacy is abundant but sex is rarely depicted. In more restrictive markets, the protagonists are “soulmates” but never actually partners. Although the characters are gay young men, their relationships closely mirror those found in mainstream rom coms. Much is left to the imagination – viewers fill in the gaps without needing to acknowledge that what they’re watching is taboo.

It is a matter of debate as to why this coded approach predominates. China is perhaps the obvious example of the regulatory tightrope BL has to walk. The nation’s most popular period BL drama, The Untamed, was praised by the central government for its celebration of Chinese culture shortly before a widespread crackdown began.

When women dream of boys’ love

The intimacy of BL relationships is also possibly a paean on behalf of the genre’s massive young female fanbase. A Nielsen report on Thailand’s Line TV, one of the largest platforms for BL, reveals that the vast majority of viewers (78%) remain women. Why so?

According to Professor Susan Napier from the University of Texas at Austin, the homosociality of yaoi/boys’ love offers young women and girls a safe space to explore love, desire and relationships away from unequal gender roles and patriarchal stereotypes in the real world. In places like Indonesia, where TV “sinetrons” must adhere to strict Islamic standards and conservative gender roles, this argument seems especially relevant.

The genre itself is evolving to better represent LGBTQ+ communities, too. In 2020, Taiwan’s Your Name Engraved Herein received five Golden Horse Awards and was celebrated by both gay and straight viewers. In the Philippines, writers like Juan Miguel Severo are working on a BL programme with a fully LGBTQ+ cast and queer perspectives.

In Asia, there are many ways to be proud

First and foremost, BL challenges the tired cliche that Asia is only “diverse” and “heterogeneous”. The wide fandom that Chinese BL dramas find in Thailand and India – alongside Thai dramas’ reception in Indonesia, Japan and the Philippines – points to a shared set of “Asian values” which brands must speak to in order to be heard.

BL’s growth, despite the region’s plentiful programming, also reveals a powerful current of underserved needs and demographics amongst Asia’s urban youth. The vanguard of a pan-Asian rebellion against traditional gender norms and values, BL offers a much-needed escape. As one LGBTQ+ superfan put it to i-D magazine, BL dramas do what mainstream media can’t – make him feel “represented and a part of the LGBTQ+ community”.

What can brand storytellers learn from BL about telling LGBTQ+ stories?

It’s early days yet, but BL’s viral popularity and approach to LGBTQ+ advocacy offers hope for dramas and brands alike. If brands tell powerful stories of queer love while speaking to Asian cultural values, they may yet become a powerful force for LGBTQ+ rights in Asia’s future.

PJ and Kenneth Wee
The Secret Little Agency and JUNK

View all of PJ and Kenneth Wee's Opinion posts 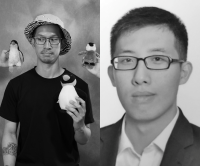 PJ (Pan Jie) is a copywriter at The Secret Little Agency (TSLA). Kenneth Wee is a cultural strategist at JUNK.
Get a demo
Topics
Send feedback