The DMA UK Awards 2014 were recently published on warc.com. The Direct Marketing Association recognises campaigns that demonstrate how brilliant strategic thought and creative ideas drive outstanding results. There were 61 case studies in total, which Warc subscribers can view here but if you're short on time then I highly recommend the following.

Crimestoppers, the UK’s biggest crime fighting charity, wanted to raise awareness about pickpocketing. Taking direct marketing to a whole new level, the campaign took a stunt marketing approach by placing leaflets shaped like commonly stolen items in people’s bags and pockets, doing so without their knowledge. The tactic showed in a very practical and personal way how easily someone could be a victim of pickpocketing. 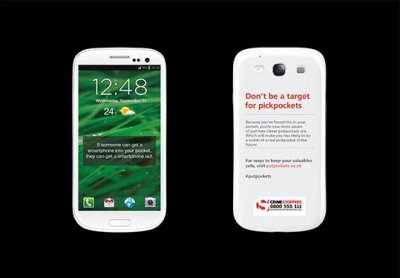 Storytelling and design are at the heart of this campaign for Dishoom, an Indian restaurant, which used its dining plates as a vehicle to deliver the brands unique story. The restaurant later invited customers to share their own stories and experiences and the best were then fired on to plates. The plates were featured widely in design publications and radio shows, leading to a 28% increase in average weekly covers and a fully booked restaurant.

Durex, the condom brand, used a social and online video campaign based around a global event to shift from a functional to emotional positioning. It used the event 'Earth Hour', where people are asked to switch off electrical equipment for the planet, to illuminate the impact of technology on relationships, The humourous campaign encouraged lovers to #switchoff technology to #turnon. The campaign reached a global audience - over 20 million people in the UK alone - and generated more than 470 million impressions from earned media.

Hammerson, owner of 18 shopping malls in the UK and France, has developed an innovative app, Kudos, to target consumers while they are in the (physical) path to purchase. The aim of the app is to improve shopper experiences and drive footfall to its tenants’ shops. Consumers that download the app receive contextualised offers from retailers and restaurants sent direct to their mobile phones. The more the app is used the greater the picture is built of a consumer’s preferences. It’s a bit minority report but at least these consumers are knowingly opting-in to targeting and are receiving a value exchange for sharing their personal data. I’d hedge my bets this is the future of marketing.

Intel, the technology company, put storytelling and a strong experiential element at the heart of its campaign to promote the new Ultrabook in the UK. Wanting to reach 18-34 year olds, Intel partnered with Ben Saunders, a polar explorer, as he attempted to walk the Antarctic coast to the South Pole, and back again. Saunders shared updates and experiences from his adventure via the Ultrabook and Intel added additional immersive content to explain what he was experiencing. The campaign generated almost two million social interactions and shifted the target group's perceptions of Intel, as well as generating sales uplift worth £1m incrementally. 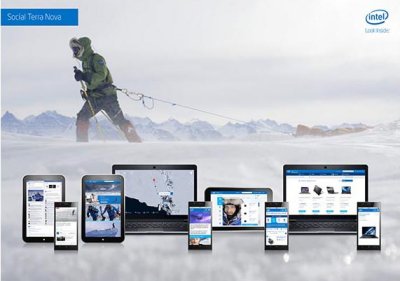 Cadbury’s Crème Egg: Have a fling with a Crème Egg

Occasion marketing is an increasingly popular marketing strategy, one that I blogged about earlier this year. And Cadbury Crème Egg, the chocolate brand, is an obvious seasonal brand. The Crème Egg ‘season’ runs from Christmas to Easter and this case shows how the brand used Valentine’s Day to target 16-24 year olds. The campaign used social media and mobile to ignite ‘storytelling at scale’. Taking an editorial approach to marketing Crème Egg seeded ‘newsfeed’ content to consumers’ mobile phones. Combining organic and paid social media maximised reach - at peaks of over 17 million in a day - and helped boost sales to above £50m for the first time. Want to know more about optimising on occasions? Warc subscribers can browse the March edition of Admap which put the spotlight on big event marketing.

Guinness: Guinness Plus – We Make the Pub

This case study shows how Guinness, the drinks brand, used a mobile-first campaign to bring friends together to drink more Guinness in the UK. The app gave away free pints of Guinness in participating pubs, with countdowns and competitions to increase urgency. Over 140,000 people registered the app, adding to the brand's marketing database and increasing footfall by 15% to participating pubs. This highly personalised campaign is not dissimilar to the Hammerson campaign – consumers trade their data - such as their location - to receive discounts and offers.

Like many banking brands, Natwest and RBS’s reputations had been damaged by the UK’s economic downturn. So, to engage with the SME sector, the banks launched Bizcrowd, an online community for SME’s to network, connecting buyers and sellers, and offering tips for new business owners. Members didn't need to be customers of the bank and, crucially, the site didn't try to sell them anything. Registrations exceeded target and Bizcrowd now provides real value to business crowds - which is good for Natwest and RBS, despite them not using the platform to sell products.