The methods through which brands tell their stories need to change, argues Phil Gault, a strategic consultant. It’s no longer good enough to tell a story; action is needed.

Stories matter to us.

They’re important to how we learn, and how we pass on our values to those we care about. They help bind together communities and societies. They are fundamental to what makes humans human.

Brands need stories because people need stories. Indeed, brands can be thought of as story machines; pushing out tales to engage an audience, educating and entertaining, seeking to build empathy.

Over the past 10 years, what people expect from and value in brands has changed significantly:

Perhaps more than ever, brands need compelling stories to cut through the noise, command attention and (ideally) demonstrate an authentic, credible ‘purpose beyond profit’. But they do mean that storytelling is no longer enough; brands need to begin doing those stories.

Brands have been telling stories for at least the last two millenia. There is a famous mosaic in Pompeii, dated to c.35AD, which shows amphorae decorated with the ‘logo’ of Umbricius Scauras, the maker of a wildly popular fish sauce:

This sort of visual stamping (‘branding’ in the literal sense) dominated throughout the print era. Stamping not only asserted origin; it acted as a trigger to unlock positive memories and recall all the positive stories people had heard about a product.

With the advent of commercial radio in the 1920’s, quickly followed by TV, companies found a new way to tell their stories. They recognised that these new media were ideal platforms to tell mass-market stories to mass-market audiences. The result, of course, was the soap opera. Procter & Gamble first put the theory to the test by sponsoring “Ma Perkins” on national radio in 1933.

Since the industrialisation of advertising in the 1950’s, there have been three main schools of brand storytelling.

Storydoing draws from each of these, differing in a number of important ways.

Whereas storytelling tends to hero one particular aspect of the product or service, a brand that performs its story focuses on the total user experience, with a narrative less linear and more open-ended. People can engage with whatever part of the story is most relevant to them.

A good example is Amazon Prime. Amazon is clearly intent on building something that is less a ‘product’ and more a ‘platform’; a platform that lets people do multiple different things, allowing them to cherry-pick the bits they find valuable and ignore the rest.

Second, storydoing involves all stakeholders (customers, staff, other influencers) in the experience and gives them an active role. Rather than simply observing, their participation helps advance the narrative. In their different ways, Waze and Airbnb illustrate this dimension of storydoing. Users are both givers and takers, creating network effects that benefit themselves and others. What they do dictates how the story unfolds.

Third, the user experience evolves to reflect the sum of an individual’s interactions with the brand. What we #do ultimately determines what we get. The outcomes are specific and personal rather than generalised and universal.

Walgreens understands this perfectly. Its Balance Rewards programme gives members rewards “for the healthy choices they make every day, like walking, managing their weight, tracking their blood pressure and more”.

This permits the creation of highly refined feedback loops. One of the best was the Nike+ with its “Outdo You” video from early 2015, which collected data from its most active users and then visualised it, creating over 100,000 customised animated films designed to capture individual people’s 2014 athletic exploits.

For brands to do stories, it requires understanding that people’s relationship with stories is also changing, with smartphones and social platforms democratising their production. Indeed, Facebook believes Stories will overtake the feed as the primary mechanism for sharing news some time in the next year.

Becoming part of these blink-and-they’re-gone peer to peer stories is a huge challenge. By providing tools and stimulus to amplify people’s stories and make them more sharable and likeable, brands can create value and be useful.

It has always been a marketing truism that brands are owned not by the companies that make them, but by the people who use them. In today’s highly networked, socially-driven world, users also dictate the shape and trajectory of brand stories.

Passive ‘consumers’ have turned into increasingly assertive agents. The brands they value most are those that work hardest to help them do new stuff.

This article appeared originally and in longer form on thestoryconsultancy.com 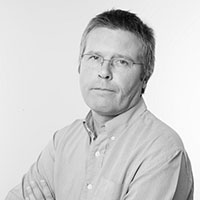 Phil Gault is a strategic consultant who specialises in developing high quality, original content for technology and marketing services companies in order to drive differentiation and growth.

With 30 years' leadership experience across brand, mobile and shopper marketing, he has run agencies on three continents.