Further findings from the survey, carried out among 2,238 UK adults by Perspectus Global on behalf of Selbey Labs, focused on the reasons why they would stop using a brand or service. Again, unreliability (20%) outweighed consumers’ concerns over a brand’s corporate/sustainability purpose (11%).

That’s not to say that purpose is no longer important. It’s rather, as our chairman, Robert Senior would say, now only “table stakes”. A brand has to have a purpose if it’s to be taken seriously as a contender but leading on purpose as a core brand message won’t be enough to win the game.

What will win the game is having brand values built around honesty, reliability and trustworthiness. More than seven out of ten (71%) of the adults polled said ‘honesty is the most important attribute that should be upheld by a brand, given the current state of the world’. This was closely followed by reliability (68%) and trustworthiness (67%).

You see that word ‘reliability’ cropping up again? Perhaps it’s no surprise; as we head into more turbulent times, we don’t want flash brands, we just want them to work. Continuously and consistently.

This type of messaging may not set pulses racing in the brand’s marketing department or agencies, but the research shows it’s what consumers want.  Brands such as Volvo have known this for ages and their customers can feel proud that they were right all along.

(Particularly if any of their neighbours are driving a Land Rover, reputedly the second most unreliable car brand in the world!)

‘On time every time’ may sound a bit utilitarian for some marketers’ tastes but these things matter to consumers. A final finding from the research study was this: ‘if a brand or business were to make a promise and then fail to deliver on it, 62% of general respondents said they would stop using them’.

Let down consumers won’t just take to social media to air their grievances, they’ll vote with their feet. Which means the stakes just got that much higher for brands that pride themselves on reliability. Just ask the former COO of John Lewis Partnership who’s had to fall on his sword after a botched IT project at Waitrose meant some customers couldn’t buy cheese in their stores.

Keeping a brand promise isn’t just a marketing slogan then. It means having an organisation that is entirely joined up; from manufacturing to marketing from the website to the shopfloor.  And it means having a culture for superlative customer service that every single member of staff buys into. A promise is a promise in any language.

These themes are explored in more detail in a new report launched by Selbey Labs, ‘Making Sense of Truth, Trust and Authenticity’. 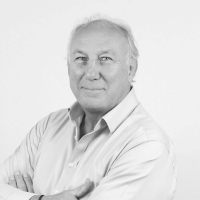 Simon Quarendon is COO of the Selbey Anderson Group.
Get a demo
Topics
Send feedback