Video planning is changing, and this month's edition of Admap evaluates the landscape. WARC's Senior Editor - Media, Alex Brownsell, explains what strategists need to know about video in an ever more digital world.

Getting off a busy Tube train in rush-hour was always bad enough. Most of us dislike extreme physical proximity to sweaty strangers – not to mention the ever-present danger of being smacked in the face by a flailing rucksack, whose owner is blissfully unaware of their anti-social idiocy. Ahem.

Now commuters must be wary of a new obstacle when alighting the Northern Line: Netflix gawpers. It has become a familiar sight in London and cities across the globe – headphones on, head and shoulders slumped, elbows out and eyes fixed on the video content beaming from their smartphones, utterly oblivious to the world around them.

As mobile networks have improved (first 4G, now with 5G upgrades fast approaching) consumers’ desire for video content of all shapes and sizes has increased exponentially. Where once viewers were limited to linear TV, they now consume all manner of content, from broadcaster- and subscription video on-demand (BVOD and SVOD) services, to social and online video platforms.

The revolution in consumer behaviour requires an equally radical approach to video advertising planning. In this edition of Admap, we present 11 articles sharing advice on how brands, agencies and media owners can reshape their approach to video, including the latest thinking on ad formats and lengths, the role of context, and understanding the impact of consumer attention.

Marketers must prioritise objectives for video ads, writes OMD’s Sophy Part in Planning video effectively. Brand behaviour will be different when launching a new proposition versus selling as much as possible during a promotional period. At the “mass impact” end of the scale, bigger screens like cinema and linear TV are best suited to making a new brand proposition famous; at the “targeted” end, social video and VOD enable personalised messages.

Chris Sloane, Senior Partner at Gain Theory, summarises the principles of Video Neutral Planning, the process by which any media planner or brand manager can create an improved schedule across video formats to a set budget.

Advertising has always sought to achieve consumer attention, but a new study by the Centre for Amplified Intelligence and University of Adelaide with Dentsu Aegis Network finds that lower attention states can also bring about desired changes in consumer behaviour and purchase intent, as outlined by Professor Karen Nelson-Field and Kellen Ewens in The high value of low attention.

Continuing the theme of attention, a new study led by Orlando Wood, Chief Innovation Officer of System1 Group, argues that a shift in industry attentional style is leading not only to brand short-termism but also to a ‘flattening’ and abstraction of the work itself, which threatens effectiveness. The article presents the results of an analysis of 687 ads to have appeared during Coronation Street ad breaks over the past 30 years.

Gerard Tellis and Deborah MacInnis, academics from the University of Southern California’s Marshall School of Business, explain Why and how video ads go viral on YouTube. A new report, carried out in partnership with Uber, found that branded video content lasting between 1.2 and 1.7 minutes long is most likely to be shared on the platform.

Video ad length is becoming more complex for advertisers to understand. In Video ad length: Let’s face it, size does matter, Will McMahon, Video Strategy Director at Publicis Media agency Blue 449, writes that (budget-permitting) TV ought to remain the focal point of a brand’s video strategy, but that advertisers should also prioritise six-second formats to achieve optimal campaign flexibility.

Southeast Asia is leading the charge into a mobile video future, according to Oliver Woods, Director of Digital and Social Strategy at Vietnam-based RED² Digital. In A region in motion: Mobile video trends in Southeast Asia, Woods advises advertisers to look to win in local, culturally-relevant moments such as Ramadan, during which consumption of online video content skyrockets. YouTube search queries increased by as much as 40% during the period in Malaysia and Indonesia.

Connected TV, observes Christopher Vollmer, MediaLink’s Managing Director, has become the big growth story in advertising and a key strategic battleground in entertainment and media. Vollmer offers an overview of the streaming service launches set to shake up the video landscape over the coming 12 months, including Disney+, HBO Max and AppleTV+.

WARC subscribers can access a deck summarising the expertise and insights from all our contributors. 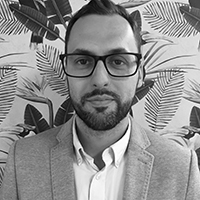