This article is part of a series of articles from the WARC Guide to net zero marketing.

Digital advertising, and the internet as a whole, is a deceptively carbon intensive space. Amy Williams, CEO of ad tech platform Good-Loop, explains how we can reduce our carbon footprint online, and save trees, instead of mining pictures of them.

The internet accounts for around 4% of global carbon emissions – encompassing everything from Bitcoin mining to binge-watching Inventing Anna.

That’s more than the global airline industry generated before the COVID pandemic. And, even more worryingly, it’s growing exponentially – expected to double by 2025.

The energy needed to fuel digital advertising alone is responsible for a large chunk of this. In fact, a recent Purpose Disruptors report found the advertising industry could be adding as much as 28% more to the annual carbon footprint of every person.

Meanwhile, research carried out at Good-Loop has found a typical online ad campaign emits 5.4 tons of carbon dioxide – a third of what an average US consumer produces in a year. 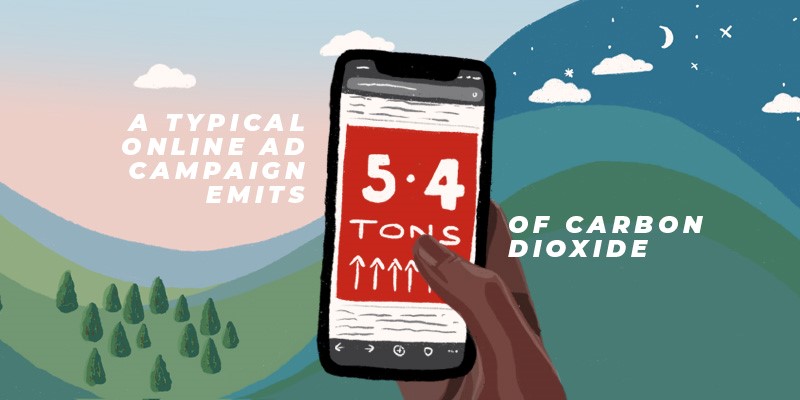 So, how can we minimise the impact digital media has on the environment? Here are some tips on how to make your media greener – and perform better.

Before you try to fix any problem, you need to know what you are dealing with.

So before you try and cut your carbon footprint, you need to measure and benchmark the carbon cost of your campaigns.

The good news is there are a load of tools that will help you do just that, including industry carbon calculators such as AdGreen’s and our own free calculator, which specifically enables brands and media agencies to calculate the carbon footprint of their online ads.

We also recently launched a Green Ad Tag, which allows advertisers to track the carbon emissions of their campaigns in real time.

Carbon offsetting has become something of a swear word in climate circles. There’s no end of very credible arguments for this – perhaps, most importantly, that ultimately offsetting does little to encourage actual behavioural change, which is what’s required if we’re to mitigate the worst parts of climate change. However, if there’s one thing we can be certain of, it’s that society is slow to change.

As such, when it comes to climate, we can be all too quick to collectively fall for the nirvana fallacy – the trap of comparing a perfect, unrealistic world with an imperfect, but very real one.

These provide certified carbon credits, effectively allowing companies to purchase the ‘outcome’ of a CO2-reducing project, such as providing cook stoves, or helping reforest damaged ecosystems.

This is a vital difference, as many offsetting programs – while well-intentioned – can cause more harm. For example, planting 1,000 trees sounds great. But if the planting is done poorly, the trees are a foreign species, or aren’t well maintained, it can swiftly decimate a habitat.

Much of digital ad serving still relies on downloading content to the end user’s device. This means one of the largest contributors to CO2 emissions within the digital media space is the serving of the creative itself.

As such, this is the space where we can find the most opportunity to make reductions. Simple adjustments, like using SVG files instead of JPG and PNG can make a significant difference in reducing your file size.

Not only does this reduce your carbon usage, but by reducing your file sizes, you’ll also reduce ad latency – driving better performance.

There’ll always be a place for two to three-minute content pieces in television and cinema, but in digital these should be considered redundant. Consider subtle adjustments that can save a second or two of ad load and ask yourself: do you really need that four-second fade-to-black at the end?

As a general rule, the busier an energy grid is, the less efficient (and more carbon-intensive) it becomes. So running just 5% of campaigns during non-peak times can have a significant impact on the amount of CO2 emissions they generate.

To help, the Energy Information Administration publishes data on when different regions consume the most energy, with the key times varying by state and season.

Of course, brands still want to maximise attention for campaigns during peak hours, and don’t want the 3am slot no matter how carbon-friendly! But delivering even slightly outside a target state’s biggest consumption hours can have a huge impact on carbon footprint.

Stats that show that mid-tier SSPs are processing significantly more transactions than the NASDAQ sound impressive, and are often presented as a sign of how big and influential the programmatic ad ecosystem is. The contrarian argument, however, is that what this demonstrates is not a thriving system, but one that is a fundamentally inefficient system.

On any given page load, a single view can result in far more than 100 calls to servers – managing everything from consent strings, data vendors, SSP calls, DSP calls, ad auction mechanics, and everything in-between.

As the industry moves increasingly towards programmatic guaranteed buying, and open exchange ad quality dwindles, we can expect some of this to happen naturally – but we can still take steps to move things along.

Firstly, talk to your vendors regarding their technology infrastructure: Are they running on green servers? How many SSPs do they utilise? Can they give you complete oversight of the tech stack?

Those in control of budgets should take steps to reward the media owners who are doing what they can to reduce the impact they have on the environment and encourage those on the journey to net zero.

Innovation is vital for any business, but it’s easy to be swept away by the latest go-to trend without considering the impact of your participation, and whether you really want to be involved.

NFTs, or non-fungible tokens – essentially, unique digital tokens that give someone ownership of a piece of online art, video, song or image – are an excellent example of this in action.

While some brands have considered or have already minted NFTs of their logos or key brand assets – the carbon emissions of doing so are pretty intensive (some estimates suggest an average NFT generates the same amount of planet-heating CO2 as an EU citizen manages in a month).

Unless you’re a brand that’s renowned and expected to be operating on the sharp edge of technology, odds are, you don’t need to be thinking about them.

If you absolutely do feel you need one, though, choose your underpinning technology wisely. The NBA, for example, have made great use of Flow for its Top Shot NFT programme, which has very little carbon impact.

What’s good for the planet is also good for you

The best part around carbon optimisation of any kind is they’re inevitably good for your campaigns and your brand.

Whether it’s reducing ad latency, reducing your SSP fees or avoiding wasting money on speculative projects, these can all help you extract more value for your money from your media spend – and give the planet a chance to breathe at the same time.

Better ads, and still having a planet to serve them on? Sounds like a pretty good deal to me.

It’s not easy being green - How can marketers make it easier for people to live sustainable lives?
Crawford Hollingworth and Liz Barker
The Behavioural Architects

Net zero targets must include Scope 3 emissions, and the plan must be realistic and actionable
Peter Chalkley
Energy and Climate Intelligence Unit 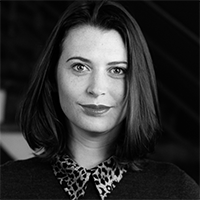