Women’s sport is gaining a higher profile, but what will it take for brands to value female athletes as much as their male peers? Ahead of the Women’s Rugby World Cup final, FCB Inferno’s Vicki Holgate explores the untapped opportunity for brands.

We are living in very exciting times for women’s sport.  The England rugby team are about to take on New Zealand in the World Cup final.  The England cricket team are World Cup champions.  The Great Britain hockey team are Olympic gold medalists.  And the England football team got through to the semi-finals of the UEFA Women’s EUROs.  I could go on.

As the saying goes…talent follows money, eyeballs follow talent and money follows eyeballs.  So where do you start?

Individuals, clubs and sport National Governing Bodies have been doing their bit to improve the talent and level of skill in the women’s game.  Centralised programmes and a focus on strength and conditioning have transformed the fortunes of the Great Britain hockey team for example.  And the footballing skill levels on display at the EUROs were impressive.  And who doesn’t want Anya Shrubsole’s bowling skills?  In addition, having extremely able commentators such as rugby’s Maggie Alphonsi commentating on both the men’s and the women’s game also serves to underline the credibility of the women’s game.  ‘Talent’ is on a clear upward trajectory.

But is anyone looking?  The answer is yes.  And there are many more potential ‘eyeballs’ out there too!  Broadcasters have been experimenting with showing women’s games on major channels and the results show the enormous potential viewership out there.  England’s EURO 2017 football semi-final against Holland drew the biggest ever UK audience for women’s football, with 4 million tuning in to Channel 4 to see the Lionesses play. 1.1 million people watched the cricket World Cup on Sky Sports.  And around 9 million watched the Olympic hockey final on BBC1.  To put these figures in context, they are all more than the average viewership of a men’s Premier League game.  ITV have clearly spotted the potential of women’s rugby and have moved coverage from ITV4 to ITV for the World Cup final on Saturday.

Alongside this, enlightened sporting bodies are looking to drive participation. UEFA is a great example with its powerful ‘Together #WePlayStrong’ campaign designed to encourage girls to play football.  Increased participation leads to a greater interest in watching the game.

There is still a long way to go, but these ‘experiments’ should give broadcasters the confidence to make women’s sport even more widely available.

So where are the brands and their investment?  The visionary ones are already there.  Investec has been sponsoring women’s hockey since 2011 at all levels from grass roots to the England and Great Britain teams.  Their support has helped the elite teams focus on their training and improve their performance.  And in return, the Great Britain team has produced an Olympic gold.  Investec have made a genuine difference.  And therein lies one of the major selling points for brands.  Do you want to be a brand that simply jumps on the bandwagon of an already heavily supported sport or do you want to demonstrate real purpose and integrity by making a tangible difference to women’s sport?  A recent study by Ernst and Young with Harvard Business School has demonstrated that brands with clear purpose are more likely to enjoy commercial growth. Brands have an opportunity to be heroic and drive the bottom line in an extremely cost effective way.

The secret to any great sponsorship is of course a clear link between the brand and the sport, team or individual in question – that might be a tangible connection or cross-over in values.  Here women’s sport has so much to offer brands.  Not only can brands align with some of the more traditional sporting themes such as skill, determination or the pursuit of victory, but they can also align with deeper themes too such as teamwork, support, struggles against adversity, etc.  The players can make excellent role models. One of the core beliefs of the England women’s football team is that they are paving the way for the next generation of female football players.  If you are looking for genuine social purpose for your brand, look no further!  Similar examples abound throughout women’s sport.

Often, if you sponsor a men’s team, you will get the women’s team thrown in for ‘free’.  This isn’t always helpful.  The audience for the women’s game might be different so the exposure for the brand is less valuable.  Women’s teams offer valuable exposure for brands in their own right.  It is just a question of matching the right brand to the right women’s sport and therefore to the right audience.  But further education is needed here for brands to understand who watches which women’s sports.

The virtuous circle of ‘talent, eyeballs and money’ is beginning to spin for women’s sport.  But it needs to spin faster.  How will this happen?

Broadcasters need to keep experimenting and proving the untapped enthusiasm for women’s sport.  And they need to extend coverage from just the national game down to the more regular club game level.

The players themselves and the national associations need to keep up the good work and keep improving.

And brands need to understand the uniqueness of the opportunity and the commercial power of demonstrating genuine purpose.  They also need to educate themselves on the size and nature of the audiences for women’s sport.  Once they realise how many eyeballs there could be, the wise brands will be there demonstrating their thought leadership.  The rugby World Cup is a case in point.  In their own words, Ernst and Young see their sponsorship as a platform to demonstrate their “continuing commitment to developing purpose-driven leaders through high-performing teams to help build a better working world.”  Saturday should witness a record breaking number of people watching highly skilled athletes supported by a committed brand.  The time is now right to replicate that across all women’s sports.

If you have a great sponsorship case study, enter the WARC Media Awards by the 9th of September. 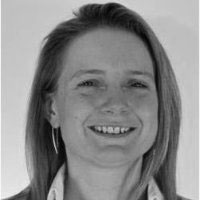 Vicki Holgate is Chief Strategy Officer at FCB Inferno which uses ‘creativity with purpose’ to leverage the commercial and social value of brands and sports, including UEFA, This Girl Can, Fitbit, Zumba and BMW/Rapha.