Short-form video in the middle of the video advertising funnel benefits from brand transference and ThinkPremiumDigital’s Venessa Hunt advises marketers not to neglect it.

Before the advent of social media (yes, that time actually existed!) when we looked to buying video, we had two options: television and video in digital editorial environments.

Fast forward to today and the video advertising choices are endless. Television advertising has diversified to include linear and BVOD (Broadcaster Video on Demand). Professionally produced short-form editorial video has proliferated, outstream video networks have exploded and then there is user-generated content and social platforms.

The result is enormous growth in available video inventory which has brought on two outcomes. The first is a simplification in measurement with a focus on the lowest common denominator. The key measure of success has become the cheapest possible CPM, a media metric rather than a business outcome. By thinking about video advertising in this way, the actual value of the impression to the business objectives has been forgotten.

The second is a perceived need for advertisers to rethink their planning approach for video and the role it plays in the marketing mix.

In the traditional marketing funnel, television sits at the top of the funnel, editorial video is mid-funnel and due to targeting capability and cost, user-generated video platforms and social video sit at the bottom.

Today, plenty of advertisers only operate at the top and the bottom of the video funnel with linear TV and BVOD combined with user-generated content and social media.

Sitting in the neglected part of the funnel is short-form video, an option that more than deserves its place in the marketing mix since it offers the advantages of both worlds, making it the workhorse of the digital media landscape.

A workhorse is something you can trust to work well, that you can use to accomplish a lot. It’s a dependable performer – a steady, responsible worker that assumes a heavy workload.

It may not have the same shiny glitz and glamour as new innovations in the space but that doesn’t mean it has stopped performing. Quite the opposite.

Like its sister BVOD, short-form video benefits from brand transference, borrowing attributes from the brand of the media platform it sits within. Similarly, it has the benefit of brand safety. And, like UCG and social video, editorial short-form video can leverage granular audience and targeting without losing scale due to the breadth of sites and diversity of content available.

What’s more, research proves that when looking at the effectiveness of video advertising, short-form video does a better job of generating brand awareness than social video, a gap that widens in favour of editorial video through all stages of memory.

Historically, some may have argued that short form was more expensive than social and UGC video platforms. However, with the growth in programmatic access to short-form inventory, the playing field of price has been levelled. You can now set the price and the media metrics such as completion and viewability rates.

OA Battista, the Canadian-American chemist and author, once said: “Knowledge is power, especially when it is hitched to a workhorse.” And even though he said it back in the 1950s, he was totally thinking about short-form video.

Given all this, when considering your video mix, you have to ask yourself: Are you backing the right horse? 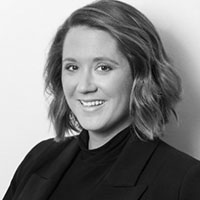 Venessa Hunt is general manager at ThinkPremiumDigital.
Get a demo
Topics
Send feedback