Speak Media’s Laura Smith calls on brands to take a stand on issues that matter and be the change they want to see.

With recent dates in the calendar including LGBT+ History Month and International Women’s Day, your social media feed was probably full of brands earnestly showing their commitment to these causes.

It’s easy to be cynical about both the depth of their commitment, and the true motivations behind making them public. And, while a sprinkling of scepticism is always a healthy addition to your media consumption diet, it would be misguided to let that put you off brand activism altogether.

Reasons to be cynical

Take a brand like Amazon, whose Our Positions page is full of noble promises. Some of these are more progressive than you might think, given the e-retailer’s reputation for ruthless efficiency – such as gender transition benefits and a minimum wage which is double the US federal minimum wage. And yet, barely a month passes without ethical concerns being raised once more about its business model, be it with regard to the treatment of workers and suppliers, or its tax affairs and allegedly unfair advantage over bricks-and-mortar retail.

Or look at Nike, which has been heavily criticised for a disparity between its publicly bold stance on racial injustice and its own apparent record of enabling few Black members of staff to progress to the higher ranks of its organisation.

On LGBT+ issues specifically, there are brands aplenty who have been accused of ‘pinkwashing’, especially around Pride Month, in June.

Even those brands held as paragons of ethical capitalism – ice cream maker Ben & Jerry’s, apparel manufacturer Patagonia, and investors BlackRock to take but three examples – are not immune to criticism on various issues.

In a period in which COVID-19, Black Lives Matter, the US election and Brexit have all been focal points for activism, you can be sure that there are plenty of brands battling internally about how to position themselves with regard to social issues. The work of weighing up the different feelings of staff, shareholders and customers, and the risks involved in taking a stand, can be energy- and resource-sapping.

In the face of all this, you’d be forgiven for thinking that trying to take a stand as a corporate requires huge bravery and enormous amounts of effort, and probably isn’t really worth all the fuss, right?

If you’re scared of taking a stand as a brand, the reality is that you should be even more scared of not taking one. There is nothing more reckless than not standing for anything.

Not only is there a moral reason for organisations to be a part of the movement towards progress. Doing so is also an important means of engaging with increasingly purpose-driven employees, jobseekers and consumers.

Yes, there are risks in being brave on the issues that matter, and social media can leave brands open to public criticism. But not taking a stand can also leave you open to criticism and, ultimately, irrelevance.

Want to see change? Be the change

Platitudes simply won’t cut it anymore. Audiences need authenticity and will soon sniff out an easily dropped statement that doesn't align with a company's activities. It’s the say/do question – are you doing as well as saying?

Over the past year I’ve been struck by the number of corporates putting their money where their mouths are. Starbucks made significant donations to the Human Rights Campaign and the National Center for Transgender Equality in honour of Pride Month, to aid vulnerable members of the LGTBQ+ community suffering the impact of COVID-19. Simris, the maker of algae-based omega-3 supplements, cut its paid advertising on both Facebook and Instagram in a show of support for the Black Lives Matter movement. From HR and recruitment policies to challenging your customers, there are plenty more examples of tangible actions taken by companies who want to be change, not just see it.

These businesses showed courage through tangible, action-based and targeted responses, ones that vastly outweighed the impact of simple reassurances.

Provided you get the ‘do’ bit right – then the ‘say’ part comes a lot more easily – and I guarantee that what you say will be significantly enhanced by positive corporate action. Having real world action to draw on will make your editorial content shine.

Despite being a few years old, Kenco and Golin’s Coffee vs Gangs campaign still stands out both in terms of its do and its say. At the time of the campaign, Honduras was suffering from one of the world’s largest gang problems, with recruitment starting at age 10. Coffee vs Gangs drove awareness of the country’s societal issue and offered citizens training and job opportunities to farm coffee instead of choosing a violent lifestyle.

An editorial partnership with The Daily Telegraph reached 6.6 million people with the news, an educational YouTube video exceeded two million views, and many lives were reportedly impacted and improved as the conversation grew. Business results for Kenco also increased with market share up 3% and coffee sales up 52% in the launch year.

Barclays has revealed its corporate courage via some genuinely ground-breaking work around transgender issues. After the advocacy team at Barclays UK updated its policy on helping potentially vulnerable customers, they launched a series of articles profiling transgender employees working at the bank, plus other colleagues doing their bit to help change things and, yes, to be brave.

How far should brands go in terms of tackling controversial issues? There is no one-size-fits-all answer, but for most brands the answer is: more than you’re already doing. Don’t be overawed by the fact that other businesses already seem to be doing so much – everyone has to start somewhere. Taking the first step might be the hardest, and it might not be perfect, but it’s far better than nothing. 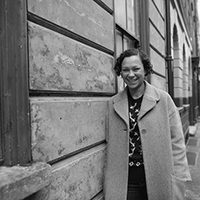