In an exclusive interview with WARC, Sir Martin Sorrell, Executive Chairman at S4 Capital, talks about strategy, how he intends to grow his new venture, the rise of in-housing, and what the west can learn from Asia.

WARC:  When you're going out to clients as part of your new venture, what are they excited about? What are they telling you that they want from their agency relationships?

Sir Martin Sorrell: It’s encapsulated in the four things that we do. Purely digital - this Holy Trinity, as we call it. First-party data, digital content and programmatic: faster, better, cheaper. And then the final area, the unitary P&L. In a funny way, we're going back to the future. We’re moving creative, media, back together again but on a more equal basis than we did before. So I think, if they're working, those are the things they're attracted by. Sorrell: I think there is some justification in the idea that short-termism has reduced the effectiveness on an organization, certainly in terms of long-term brand building, by definition. If you're focusing on the short-term, obviously, it has an impact. I think the same applies Mark Ritson's comments in relation to purpose. I don't think purpose destroys long-term profitability.

Sorrell: Yeah. If anything, it enhances it. With the pressure on zero-based budgeting (ZBB) currently, I think the people who run ZBB companies are very smart and they will course-correct on their investment and innovation accordingly.

Sorrell: I think the need to be faster is probably greater in the mature markets than in what others call emerging markets, what I call the ‘faster growth’ markets. I think speed is important everywhere.

WARC: Would you say that the S4 Capital is an acquisition-machine or do you have any plans to launch your own agency?

Sorrell:  When you start with nothing and you want to build something rapidly, you have to. In that sense, you have to add and if you want to do it quickly… as I said, though, we don't call it acquisition. ‘Merger’ because, effectively, what (founders) had done at (MediaMonks & MightyHive) is to trade their equity for equity inside S4 Capital. It's not an acquisition, it's a merger, they've merged in. They've bought into the concept.

In fact, the first sentence of any discussion that we've had with them has been, "If you don't want to buy in, forget about this conversation." I'm not interested in people who want to sell out. You can call it selling, if you like, or buy-in but they have to be willing to buy into the concept. As I’ve said, they took half shares and half cash. It's a very different model – so it's not an acquisition machine, no.

Our biggest opportunity is to deepen the existing relationships that we have… it's not an acquisition machine at all, what it is really trying to (do is) build the organic relationships we have to get to what I call ‘the whales and the waffles.’

WARC: How do you see some more of those traditional ways of operating changing or evolving in the same way that in-housing has? For example, creative or media buying?

Sorrell: On in-housing: looking at whether you out-house or in-house is not confined to media. For example, we announced a studio arrangement with Avon (recently). The idea of in-housing or doing co-located models - or indeed out-housing and out-sourcing - is a varied concept. It's not solely confined to programmatic and content. We're interested in doing what is in the best interest of the client.

WARC: Where do you see the biggest opportunity for in-housing? And what are clients coming to you and telling you that's most important?

Sorrell: It varies across the board. It can be in financial services, it can be in telecoms. Both Sprint and Vodafone have done it, to my knowledge. I wouldn't say there are rules or industries that are particularly prone… I think clients are trying to -  it's akin to the tagline on the Brexit campaign - take back control. Clients want to take back control of a lot of the things that they lost control of, either because they chose to lose control, or because they cut the resources in relation to their particular activity.

WARC: Some companies have experimented with in-housing in particular, and they've done it for a period of time, and then they've said, "Actually, this isn't the right decision for us. We're sending it back out to the agencies." How should companies be measuring their success by implementing these types of models?

Sorrell: Sprint publicly said they saved US$150 million through in-housing their programmatic with MightyHive. I think it varies with different organisations, and there are two issues. One is talent: how do you keep the talent when they're working on one category? The other is technology. How do you keep up with technology, particularly when cross-pressures inside the company push down on it? I can think of one (company) at the moment which has a big in-house operation that is in difficulty, and they want to sell or joint venture their in-house operation. So, it varies over time… I can think of another one, also in difficulty, where they have an in-house operation which they created themselves. They've come to the conclusion they want to disgorge all the activities that are not core. So sometimes with one client, it'll vary over time.

WARC: And one size doesn't fit all either, does it?

Our biggest relationship last year was about $10 million. We need to have at least two or three $20 million clients this year, which I think we will get to, and then get even bigger.

WARC: What do you see as opportunities to deepen those relationships?

WARC: S4 is dipping its toe into the waters of Asia. What do you see as the opportunity in the Asia Pacific for a company like S4 Capital?

Sorrell: We're two-thirds in the Americas - that's North and South America - about 25% in western Europe, and balance is in Asia Pacific. We're relatively small in Asia Pacific… the world is our oyster in that respect.

WARC: What do you think, in your experience, marketers in the West can learn from innovations in Asia?

Sorrell: It's a difficult one because the system is different. The Chinese have leapfrogged - they went almost from an analogue to a smartphone. We've gone from analogue through to analogue phone, to desktop, to mobile, to smartphones. (The West has) gone through several iterations. China will probably get to 5G fastest, and that will be a big advantage for them. It's very difficult, I think, to say there's a system that you can apply. I think the Chinese are much quicker than we are. They're very hard-working. They're very directed. They're very aggressive. Their technology is very advanced - not in every area - but in AI, they're certainly very strong. They now have, as I said, (few) credit cards and cash - very different to our system.

WARC: It's extraordinary how quickly that has happened.

Sorrell: Yeah, amazing. But that's because they don't have the infrastructure to hold them back, and there are 1.2 billion people.

WARC: Do you think that a lot of international brands have been perhaps seduced by China and the scale, without the (restrictions of existing) infrastructure?

Sorrell: Generally, there have been waves. There was the initial wave where everybody got excited - a lot of people made acquisitions. Then there was a second wave, where the acquisitions didn't quite work out as anticipated. Now there's a third wave of consolidation, and more thoughtfulness. People are building their offers in a more concerted fashion – organically, as well as by acquisition - and being a little bit more choosy, maybe, on the acquisition front. Somebody said to me at the China Development Forum that over the last four years, business has become more difficult for foreign businesses in China because of more regulation. I didn't find that at WPP, but I wasn't that close to it. Maybe I missed something there, but I still think it's a massive opportunity.

WARC: My last question for you is, what are the consumer trends and the disruptors that you think are most likely to shape your clients' business in the next three to five years?

Sorrell: Voice, I think. Moving from text to voice. Obviously AI, AR, VR - but voice. What Amazon's already done in America… 55-60% of product search is already done by voice.

WARC: Direct to consumer would be a big one.

Sorrell: Yes. The battleground is over data and who controls it, and as a result, the relationship with the consumer. 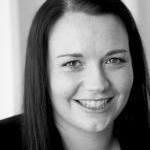