As the industry contemplates the likelihood of severe spending cuts, Mark Ritson argues for strategists to spot an opportunity to overtake their competitors and plan to grow market share.

In the face of a global pandemic, thinking about brands might seem trivial – and in the case of many “we’re here for you” emails, it is – but brands still have a job to do, argued Mark Ritson in a recent webinar. The problem is that many of the short-term measures that appear to make sense, just don’t hold up to the evidence. 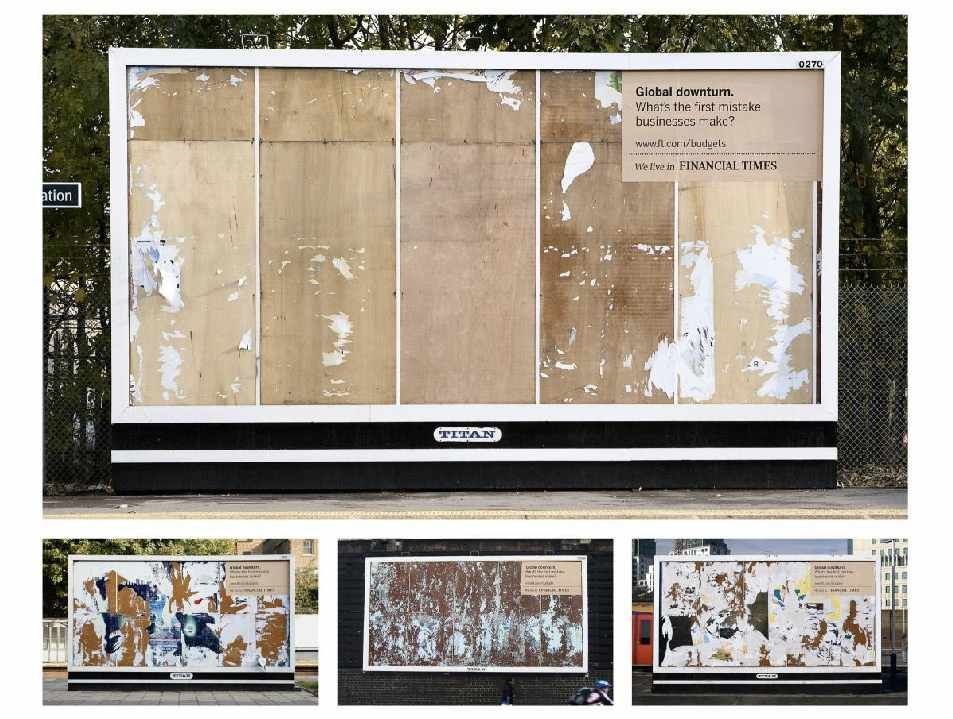 There is a role for strong brands as a tool for companies to keep selling, remain afloat, keep paying their employees, sustaining those people and their families.

The way they do that, says Ritson, is to be clear about timing. First of all, there will be the crisis period – the one we’re in now – and though we don’t know how long it will go on for, it’s going to be characterised by tactical execution, rather than strategic activity.

Key here, however, is that the most successful activity coming out now is not just promotional, but a mixture of promotion, price, product, and placement.

After the crisis period, characterised by lockdown in many countries, there will be a reopening for a brief period in which there will be even more think-pieces about what might happen, what will be irrevocably changed.

Ritson has little truck with this: “Sweet f**k all is going to change after coronavirus.”

What’s likely to bloom in the period immediately following a reopening is what Ritson calls a “false pneuma” (breath in Greek). Basically, there will be a ton of people responding to the crisis by predicting change as they want it to change rather than anticipating what will happen through good strategy.

We can expect a serious and prolonged recession in the coming year. While there is little good news to be found in a recession, it is, at least, the part of COVID-19 in which the marketing profession has some experience, plenty of evidence, and tools that will help it to plan.

Those are, simply, brand equity and advertising investment.

In the last few days, charts depicting the robust bounce-back of brands ranked in the BrandZ top 10 versus the S&P 500 have been making the rounds. Ritson, instead, focuses on the detail: a brand can’t defend against a crash – very little can – but it can put you in a better shape for the recovery.

Then there’s advertising. Here is where trained and untrained marketers show their colours, he says. It’s all about understanding that advertising has both short-term and long-term impacts. In this context, the marketer with that understanding needs only to let their competitors damage themselves. “Untrained competitors who do not know this will cut back on ad spend,” Ritson continues. “Your excess share of voice will increase relative to competitors as a result.”

Basically, this is the long-standing idea that a brand’s market share tends to stand in equilibrium with its share of voice. But by pulling the SOV lever and increasing share of voice you can nudge market share higher. And in recessions, as the category reduces its ad spend, a brand has to just maintain its existing spend level for an opportunity to grow market share.

Beyond this, there are two important points: over the last few weeks, as the crisis has developed, the advertising story emerging is one of massively increased news media consumption by people at the same time as either a drop in spend from brands or an unwillingness to advertise on COVID-19-related content, which, let’s be honest, is everything right now.

In fact, the problem is getting so bad that the government has written to prominent advertisers imploring them to return to funding the news media. Otherwise, we’re looking at the ultimate irony: massive audiences but no ads. A crucial public service being used more than ever that goes bust at the time of greatest need.

What this means is that now is probably a good time to get a good deal on media which is drawing in a record audience, delivering more for a brand’s money. “Your success in marketing depends upon the dumb ones cutting,” Ritson says. And yet, we’re looking at ad budget cuts of around 40%. 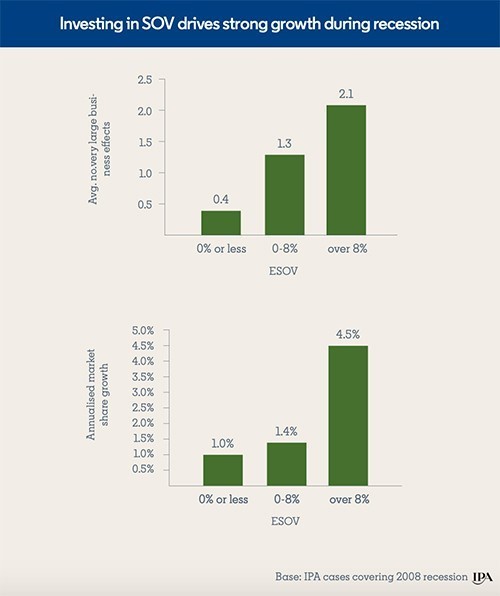 Peter Field, the marketing effectiveness veteran has been arguing a similar point. In a study of the 2008 global financial crash he found that the brands gunning for an excess share of voice of over 8% saw annualised market share growth of 4.5% on average.

Look at Formula 1 races, Ritson advises, recalling the comment of one CEO who had observed how races are never won on the easy parts of the track: the straights. “They are won in the chicanes and corners … it is when the driving is toughest that you need to have the guts to put your foot down.”

That’s why the “real gangsta move” is to increase spend, argues Ritson. Whether CFOs agree is another matter, but there too lies the skill of the CMO. One chief marketer reacted to Ritson last week, following his first explainer as to why budgets shouldn’t be cut: “Stop f***ing ruining it for those of us who know what we are doing,” he wrote. “You are no longer my friend.”