Exposing clients to the 'noise' of vast amounts of social media data can increase the demand for research expertise, says Jess Owens of FACE.

Speaking at the Market Research Society (MRS) Connected World conference as part of a panel discussing how to cut through the noise of social media data, Owens described how finding value in this data relies on narrowing down broad topics to smaller questions, and analysing these qualitatively. It is also vital, Owens says, to look to prove negative hypotheses, as well as seek proof as to whether learnings can be applied to other brands, in order to achieve intellectual rigour.

"If you come to the data with a story, you will find that story in the data," agreed Tom Ewing of Brainjuicer, speaking on the same panel. "That's the meaning you've brought to the noise." Ewing argues that market research's desire to cut through data to find 'the story' can be a trap as it can lead to finding the things you want to find, rather than objectively studying what's there.

But, argued third panellist Paul Edwards of Working Plural and JKR, it's almost impossible to approach the data in any other way. "You can't expect something to just pop out - you have to go in looking for things." But, he qualifies, you have to be willing to change your hypothesis in relation to what you observe: "When you find that the information changes, you have to change your mind."

The value of social media data versus other market research data, says Edwards, is that you're not allowed to ask any questions. Instead, you're listening to what people want to talk about. That's where its value lies, he believes. But, Owens adds, you can't use this type of research on its own; it has to be part of a larger suite of tools: "You're reliant on what people decide to say - you're not there for detail. It's not going to answer all your questions, but it is great for triangulating and filling in gaps. It can inspire further questions."

And while it's vital to apply rigour to this process, Ewing argues, the desire that clients have to make things simple, and market research's innate 'inferiority complex' will impact how these different tools are used. "Like a tiny baby looking up at its mother, market research finds itself in relation to others," he says. Edwards agrees that market research has a "koala bear tendency" to look at a question and define it as a 'qual' or 'quant' problem, rather than a market to be researched. And alongside this is the extra problem of marketers believing that they can do the research themselves.

One of the roles of researchers, Edwards says, is therefore to focus clients on the worth of paying for an expert. "People are looking for context, and the ability to express an interesting truth in an interesting way," says Ewing. The appeal of researchers is that they are a pair of "boots on the ground" that can lend context to, in the realm of social media for example, how insights from different platforms should be interpreted according to the nature of those platforms. And this, says Owens, is where researchers come in as tour guides, to help their clients to navigate this data.

And in relation to the question of whether we are poised to enter an even noisier world, Owens believes that, linking back to the increasing desire for privacy outlined in the first session of the day, we've probably got about as many levels of data as we're going to get. So there may not be any further value in researchers coming up with fancy new methods to investigate the vast amounts of data that's out there.

"We need to rediscover idleness," says Ewing. "The fear of missing out is the animating principle of the modern age.

"The future lies in being more candid about the information you actually need and use, and leaving some of the shinier things on the shelf," he concludes. 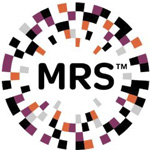 The Market Research Society (MRS) is the world's leading research association. For all those who need, use, generate or interpret the evidence essential to making good decisions for commercial and public policy. The quality standards, suitability and sustainability of evidence is important because evidence matters to decision makers: MRS is dedicated to the support, promotion and enrichment of the research and business world.
Get a demo
Topics
Send feedback