There is much to be learned from Small Business Saturday, says WARC’s Lucy Aitken. A 2010 social-first initiative from American Express became an annual event to help out local enterprises in the US and the UK.

With so much attention now focused on small businesses and how to protect them from the buffeting they will endure due to COVID-19, there are valuable lessons from one financial services brand from the last recession.

Between 2008 and 2009, the US economy shed about 5 million jobs with those from small businesses accounting for nearly two thirds (62%) of the net job loss, according to the Census Bureau’s Business Dynamics Statistics.

To help small business-owners recover from the turbulence they’d endured, American Express in the US launched Small Business Saturday. This was the Saturday that fell between long-established shopping occasions of Black Friday and Cyber Monday (the former’s digital counterpart since 2005). American Express declared Small Business Saturday a national event where Americans could patronise their local stores, restaurants and coffee shops, giving them an official reason to shop small every year and provide a much-needed injection of cash into local communities post-recession.

Working with Crispin Porter + Bogusky and Digitas, with campaign creative by Ogilvy, American Express aimed to give 27.9 million small businesses across the US one powerful voice. And let’s not forget that it worked to the advantage of American Express: the more the tills were ringing in those local stores, the higher the number of American Express card-member transactions.

Particularly remarkable was not only how American Express used social to amplify and build momentum for the Small Business Saturday movement, but also the way it used social platforms to work with small businesses to get the word out to the local communities. American Express used social platforms to give small business owners the tools to promote their goods and services, including digital marketing tools such as free geo-targeted Facebook advertising to help literally put their enterprise on the map. 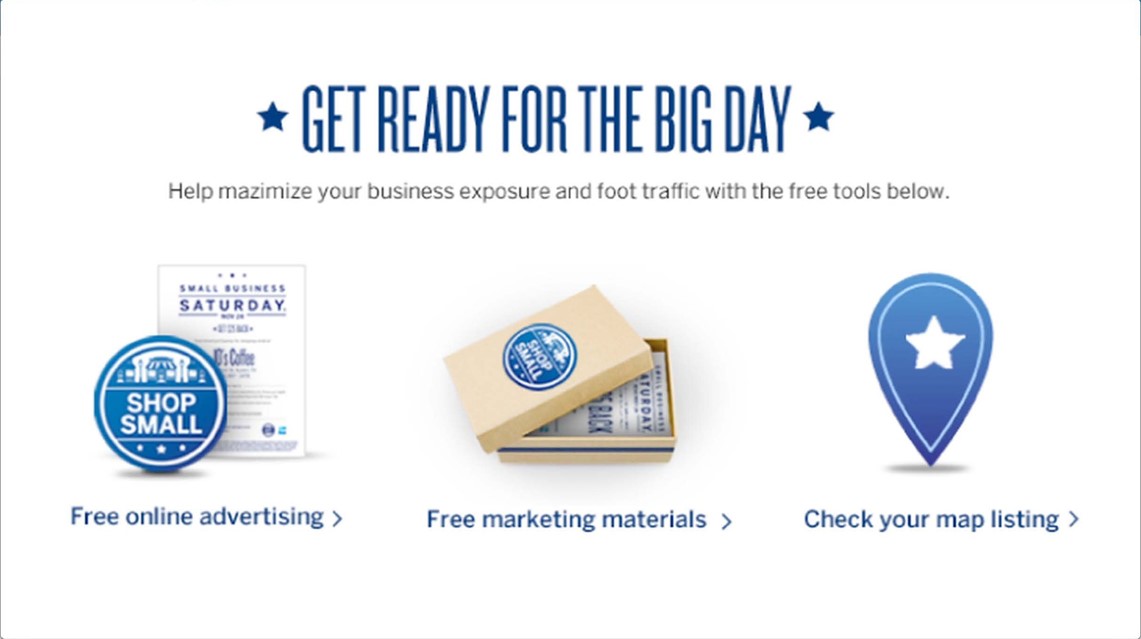 One crucial aspect to Small Business Saturday was the long-term commitment that American Express made to it. Once the first day had taken place in 2010, the day gained even more momentum. In just two years, 63% of US consumers were aware of it and the US Senate recognised it as an official day. Over the years, it gathered more steam: by 2014, more than $14 billion was being spent on Small Business Saturday, by 2015, 95 million shoppers participated.

And it continues to grow: the estimated number of consumers who participated in Small Business Saturday 2019 was 110 million, according to the Small Business Administration (SBA) in the US. 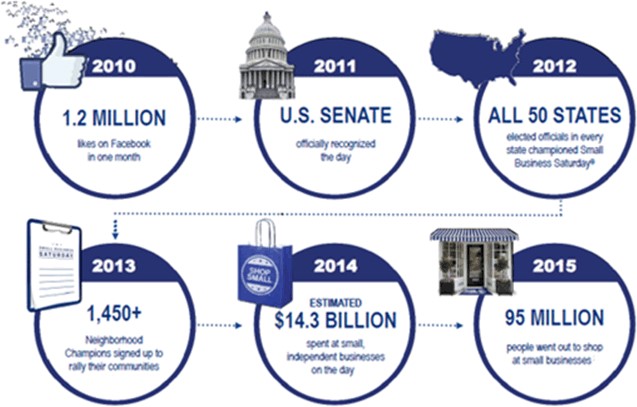 There’s arguably no finer metric of success than an initiative being rolled out into other markets. The UK has had its own version of Small Business Saturday since 2012. Now in its eighth year, it has grown each year with an estimated £800 million spent on 2019’s Small Business Saturday, by a record 17.6 million people shopping small on the day.

“We wanted Small Business Saturday to be a lasting cultural phenomenon,” recalls the winning Cannes Creative Effectiveness Lions paper from 2013. And that appears to have happened. A decade after launch, you can still visit ShopSmall.com, originally a site for small business owners that housed tools to help them drive footfall. Now it shows what can be done to support local businesses.

To zoom out from the local high street for a second, this is a crucial sector to support for any nation’s economic health: for every dollar spent at a small US business, approximately 67 cents stays in the local community, according to AmEx’s 2018 Small Business Economic Impact Study.

And a vital lifeline

Initiatives such as Small Business Saturday are going to be a vital lifeline to keep communities afloat in the COVID and post-COVID world. A recent Goldman Sachs survey of more than 1,500 US small business owners found that more than 50% of them claimed that they wouldn’t be able to continue to run their businesses for more than three months amid the current conditions caused by COVID-19.

With restaurant chain Carluccio’s going into administration in the UK on 31 March, putting at risk 2,000 jobs, the reality ahead for small businesses looks bleak, the only grim certainty being more casualties. The need to protect those that survive is going to be felt more keenly, not just by small business owners but also the communities that they serve and for which they provide much-needed employment.