The Effective Social Strategy category in the 2020 WARC Awards was dominated by QSR case studies from around the globe. Lucy Aitken presents the view from the judging room.

Have you noticed how QSR brands are behind some of the world’s most talked-about advertising right now? Burger King’s Zoom backgrounds came hot on the heels of Mouldy Whopper. Taco Bell is investing in efforts to help food insecurity in the US. Chipotle has launched celebrity-studded Zoom hangouts. What’s more, in the recent WARC Rankings, Burger King, McDonald’s and KFC were ranked top for creativity, effectiveness and media respectively.

It was a similar story in the recent judging sessions for the WARC Awards’ Effective Social Strategy category: QSR campaigns comprised a quarter of the shortlist, showing this sector’s ability to engage people with fun, creative ideas on the platforms where younger people – QSR’s best customers – spend most of their time.

KFC: having fun with influencers and focusing on platforms

First up was a KFC campaign that used influencers in a novel way. How KFC’s #1 fan charmed millions, from Reprise in Malaysia, introduced Mat Ayam Free, a KFC fanboy who hijacked celebrities’ Instagram pages in a cheeky and shameless promotion for KFC chicken. 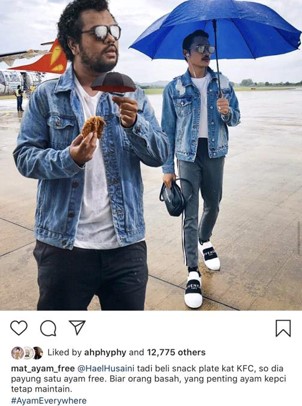 It increased brand share amongst teens and young adults by 4%, gained 2.5 million followers with 6.6 million impressions and reversed negative social sentiment. Being focused on Instagram meant it avoided the pitfall of being spread too thinly across too many platforms, while judges praised it for hitting the right tone. As Zoe Virtue, Head of Social & Digital, Mango Communications, commented: “It was a clever hack on influencer marketing that tagged people: it got natural organic sharing, so they didn’t have to pay for influencers.”

Also on this year’s shortlist is KFC’s social commerce campaign from Memac Ogilvy in MENA. Scroll Thru targeted the region’s always-on millennials, enabling them to order KFC without ever leaving their social newsfeeds. Across Facebook and Instagram, it used the carousel formats to showcase the menu using entertaining video. 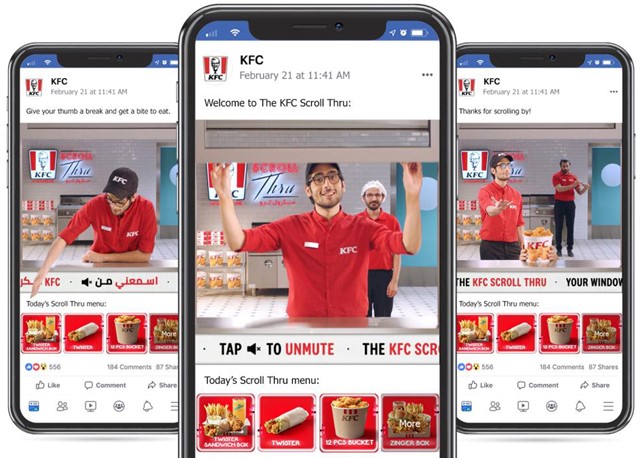 Built to capitalise on the region’s growing food-delivery market, it prompted 86,000 online orders and reduced its cost per order. “This was simple, strong and effective and married with social business,” commented judge Jitender Dabas, Chief Strategy Officer, McCann Worldgroup India, while Remie Abdo, Head of Strategy, TBWA\Raad, summed up the view of many judges: “It was smart on all fronts, from insight to implementation, and the funnel was applied simply and smartly.”

Also from the MENA region was a Burger King campaign through Wunderman Thompson KSA that targeted young Saudis. Who said men don’t cry? promoted Burger King’s new-look spicy menu that leveraged the cultural insight that crying is seen as a weakness in the Kingdom’s men. However, the new spicy menu was so hot it made even the most masculine specimens – including footballers – weep copiously. The unconventional approach paid off, with Burger King over-achieving its sales target by more than 35%.

Finally, Burger King’s Twitter Bait campaign through MullenLowe in the US achieved a sales uplift by promoting its new product through ‘creeping’ on social media influencers’ pages. It laid a trap for digital influencers by engaging with posts they’d written ten years ago and succeeded in grabbing the attention of YouTuber Casey Neistat. He made a video about the stunt, jokingly calling out Burger King and challenging it to donate to two US charities to make up for its trick. The donation was followed by another video, which amplified the stunt and earned Burger King positive sentiment. 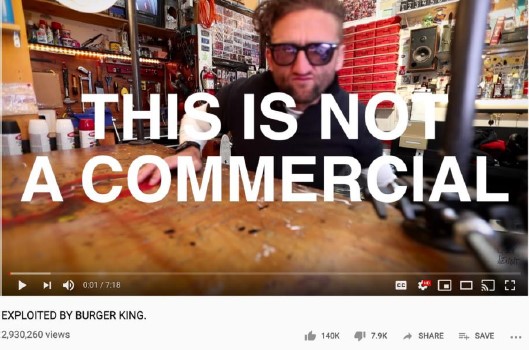 In terms of commercial impact, Burger King claims it experienced a 98.6% product sales volume lift, the equivalent of approximately $1.06m in incremental revenue over the campaign window.

Andrew Soane, Associate Director & Global Social Strategy Lead, Accenture, said: “I like the thinking: they did their research and understood the concept of ‘creeping’.”

Other papers which caught the judges’ attention included German Rail, through Ogilvy Germany. This was a personalised, real-time, social-media price comparison which convinced German travellers to try new travel destinations and save themselves both money and CO2 emissions.

Lorenzo Foffani, Head of Strategy, AKQA Italy, said: “Getting people talking about German train destinations is amazing and the paper was very strategic, with social as the core channel.”

Colombian newspaper El Tiempo’s #WomenRewriteWomen campaign, through MullenLowe SSP3, generated reach and awareness about sexism in Colombia by having influential female writers rewrite sexist news headlines through a social and owned media campaign. Bruno Cunha, VP Strategy, 360i, said: “The idea is powerful and was effective in sparking a conversation and it was amazing to see how many people participated.”

Finally, a campaign for Snickers from BBDO Japan, saw Japanese anime idols suffering from such extreme hunger pangs that their faces grew alarmingly distorted. Through Twitter, users could send a virtual Snickers to the idols to help them transform back, tying into the chocolate’s famous You’re Not You When You’re Hungry positioning. 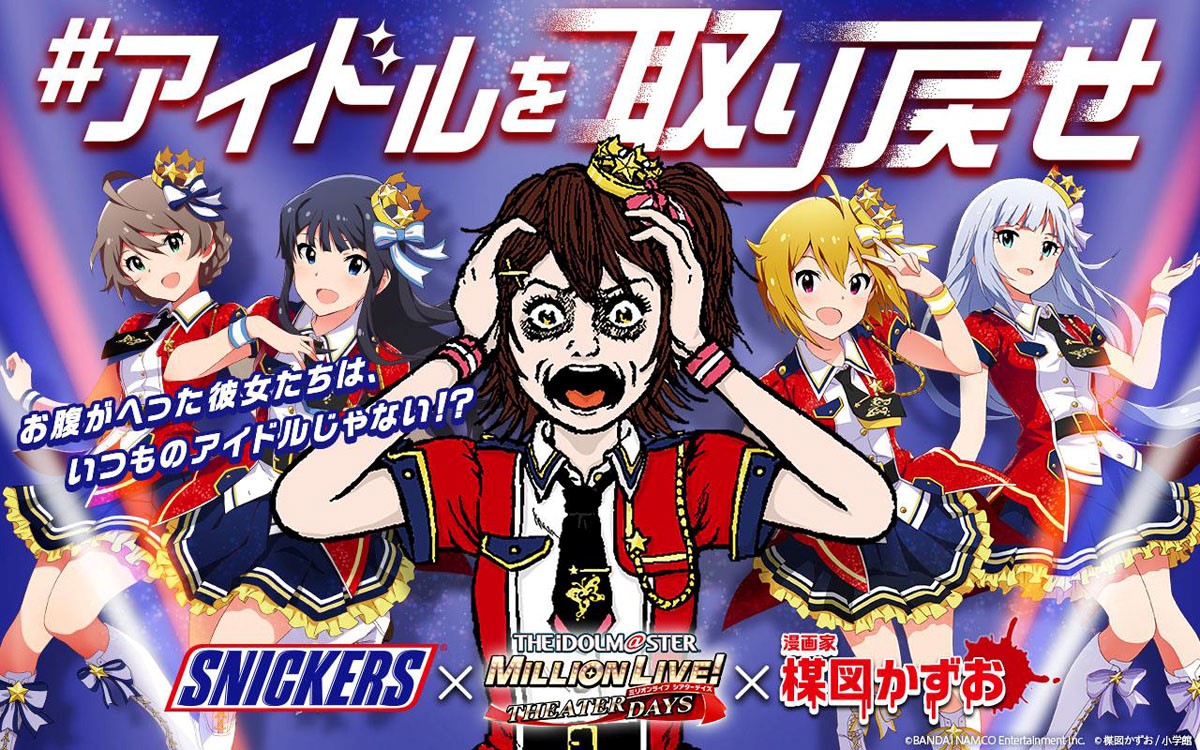 The Mars-owned chocolate brand claimed back share and relevance of its single bar among young Japanese men by leveraging the popularity of these idols. Eugenia Tan, Managing Director, GOODSTUPH, said: “They had a clear audience insight that was highly relevant to the audience and it allowed participation.”

A huge thank you to all the judges in this category who did such a fantastic job.

The full shortlist for the Effective Social Strategy category is here. WARC subscribers can access all of the shortlisted papers across all four WARC Awards categories. The winners will be announced weekly, starting with Effective Innovation, from 26 May 2020.