A new style of purposeful marketing that encourages participation is proving effective and was a strong commonality among many of this year’s winners, says MullenLowe UK’s Jo Arden.

There’s been a tangible gear change in purpose. As expected in this context, adversity has brought out the best in some brands. The mini purpose backlash of 2017 – fuelled by the Saturday Night Live purpose pitch parody, ‘hard cut: Cheetos’, countless columns bemoaning advertising’s serious mood and the cautionary tale well told by Pepsi’s Kendall Jenner ad – has made some brands think again about the role that purpose can play in their communications.

For those advertisers that have stayed the course, the conviction with which they have done so has served them well. Business and societal results in this year’s WARC Awards’ Effective Use of Brand Purpose entries were more robust, far-reaching and of more genuine importance to the various stakeholders they served than we have seen in previous years. In addition, at the Cannes Advertising Festival, two of the six Titanium Lions had purpose at their core.

There’s some terrifically good words written about how brands can authentically adopt a purpose and how they should (or should not) communicate it. Business on a mission (Greenleaf Publishing) by Andy Last suggests that “The sustainable brands that will be around in 130 years’ time will be those that have understood and embraced the opportunities offered by forming a closer relationship with society through their social missions.” Edelman defines purpose as “the strategic intersection between what a business does, the impact it has on people and planet, and its ability to bring about transformative change.” Both these views are evident in this year’s brilliant purpose papers.

There is a common theme emerging too from those brands that are seeing genuine business results as a direct result of their efforts – participation. It’s far from a new concept (for a more expansive point of view on this topic, iris’s Participation Brands Index is very good). But the intersection of purpose and participations is a powerful one which, to date, has been under-explored. Where brands are delivering a purpose which fundamentally needs participation (rather than as a nice to have), there seems also to be better performance in terms of engagement and business results.

Bodyform: a vivid red line in the sand

#bloodnormal for Bodyform/Libresse by brand owner Essity won the Grand Prix in the 2018 WARC Awards’ Brand Purpose category, a Titanium Cannes Lion and the Glass Lion for Change Grand Prix. It was a campaign of incredible ambition and fearless attitude which challenged and charmed others to get involved. Crucial to the success of the campaign was the principle that we can change the world for everyone through the collective efforts of all of those that own the narrative. Through carving a role for media and consumers but also for film, fashion, culture and comedy, #bloodnormal drew a vivid red line in the sand about how we will talk about periods from now on. With one campaign, it has put blue dye out of action the world over.

Aquaguard: partnered with karma itself

Rather more individual but as powerful and empathetic in its application was Aquaguard. Access to clean water is an issue so multi-faceted that it felt too big for any one person to make a difference. Aquaguard’s simple model allowed consumers to create immediate impact for people with whom they shared their lives (their gardeners, domestic help etc.). For every pledge to provide clean water to these people on a daily basis, Eureka Forbes (the brand owner) donated money to install community water purifiers in the areas that needed them most. As an example of a brand making its purpose tangible through participation, this is a masterclass. As India’s leading water purifier brand, Aquaguard’s connection to the issue is crystal clear; its participation mode chunked down a terrifyingly big issue and gave people real agency to take immediate action (in donating water) and to bring about long-term change (having a hand in installing community water purifiers). The initiative is hinged on a culturally robust fact too, that offering water to those that need it is seen as the ultimate act of good. Aquaguard partnered with karma itself and to extremely good effect. The Jal Daan movement is clearly there for the long term too – a factor which will support the brand and social objectives of the initiative far into the future.

Investing in purpose for the long term

The brand-building potential for campaigns that bring together purpose and participation is of huge importance. Historically, campaigns that have led heavily with participation have done less well in terms of business results. The IPA’s Datamine 3 analysis in 2010 found that only about 10% of IPA Effectiveness cases from the previous seven years had used a participation-led model (though this had grown fairly rapidly in that time). It also determined that fewer than 40% of these papers had delivered any hard business metric. It will be interesting to see whether that figure shifts in the next analysis of the IPA Databank as a new generation of participation and purpose campaigns comes of age.

Whilst it is difficult to isolate the contribution of either purpose, participation, or a combination of both within the shortlisted WARC papers, the data suggests that the primary motive for such activity is brand building. Of the 2018 shortlist, only 40% self-reported new customer acquisitions targets as a key objective for the campaign, with even fewer reporting a focus on sales value gain, market share gain and market share defence. The most widely reported objective for the activity was to strengthen the brand or its appeal (90% of papers cited this as a core objective).

With that in mind, it was good to note that campaigns in this category were longer term and that activity was likely to be part of a concerted focus on brand building (as opposed to tactical or short term). Purpose-driven work needs and deserves to be longer term and, in a climate where other strategies are expected to have immediate effect, it’s encouraging to see brands committing to purpose in the long term.

It requires commitment to build meaningful change, to have an impact and create a legacy. This is especially pronounced when purpose is driven through participation. Behavioural contagion needs time to gather pace and, on an individual basis, behaviour takes time to become habitual. Johnson’s Baby Indonesia exhibited a profound understanding of this in its work, Touch. It created an easily replicable behaviour, role-modelled it through well-chosen influencers, built momentum through participation on a grand scale – and put the product right at the centre of the solution.

At the bleeding edge of participation is Sea Hero Quest from Deutsche Telekom, a campaign built out of its belief that ‘life is for sharing’. The purpose link between the brand and the cause is less finely tuned than in other papers in this category; but the delivery of purpose through participation could not be more absolute. This was a bold initiative that exemplified the power of collective effort with tangible, profoundly useful outcomes.

It feels like there is a new mood in purpose-driven communications. One which is more confident, committed, clear-sighted on the mission on which brands have embarked. The emerging trend for these campaigns to be participatory by design speaks to a global shift in mood too. People are finding the folk they want to march with, standing shoulder to shoulder both literally and figuratively. There is a new appetite for getting stuck in; a contemporary and optimistic belief in Shakespeare’s position that “joy’s soul lies in the doing”. 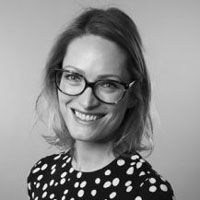