Ogilvy Australia’s Robyn Ramsay and Toby Talbot say R U OK?Day is a daily reminder that having a conversation about mental health can have the dramatic effect of changing a life.

Black holes. The metaverse. Best AFL forward ever. Low-rise jeans. Walk into any bar in Australia and you’ll meet a range of self-appointed experts who feel qualified to wax lyrical about pretty much any given subject there is.

Except mental health, that is. Then we’re like clams.

New research has shown that four in 10 Australians say “They don’t feel qualified” to have a conversation about mental health.

In response to this worrying statistic, R U OK? teamed up with Ogilvy in Sydney to create a campaign for R U OK?Day 2022, helping Australians understand that you don’t need to be an expert to talk about mental health – just being there is often enough.

To land this point, Ogilvy centred this year’s theme around “No qualifications needed”. The mantra: We’re not qualified to talk about most of the things going on in the world right now and yet that doesn’t stop us.

So don’t hesitate to ask a friend if they’re okay because that one conversation could save a life.

Creatively, we captured the zeitgeisty topics being debated on social media, over garden fences and in bars right across Australia. During the exact moment banners appeared on social media or next to the search bar on YouTube, we reminded everyone that there’s a more important question to be asked.

Targeted digital and OOH brought attention to niche moments to drive the message home, from saving time on your commute home with your knowledge of the North Sydney bus algorithm, to overhearing a passionate lecture on the effects of mercury being in retrograde. The specificity of topics continued with banner ads on news articles reading “If you feel qualified enough to give your opinion on the latest headlines…”

The campaign’s film reflects a rural scene – a gas station in a small town – where a young farmer, tone deaf to his friend, can’t see what everyone else can around him, that his friend is clearly in need of a proper conversation. Instead, he decides to blather on about his daily ritual of tai chi. The spot was directed by acclaimed Australian director Justin Kerzel.

Commenting on the campaign, Katherine Newton, CEO of R U OK?, said: “This is a message everyone can relate to because we all think we’re experts on a range of things, so why be reluctant when this is something we can actually do. By having regular, meaningful conversations, we can help the people we care about feel supported before they are in crisis and if that conversation does get too big for us, we can guide them to seek professional help.”

This campaign was truly an effort of many hands, with a host of generous media partners and beautiful illustrations by Kate Pullen from the Jackie Winter group.

Ogilvy was fortunate to have the late founder of R U OK?, Gavin Larken, as part of the Ogilvy family during his bright career, so this project was held close to the heart by everyone in the network.

Gavin chose to champion this one simple question in 2009 after the suicide of his father, the much-loved Barry Larkin. The loss of Barry left his friends and family with deep grief and unanswered questions, so Gavin created the charity to honour his father and help prevent the same pain being felt by other families.

Even though cancer eventually took his life in 2011, Gavin was always a passionate champion of the fact that a conversation could change a life. While he only got to experience two R U OK? days, his legacy has lived on, becoming a national movement that continues to equip Australians with the skills and confidence to become pillars of support for those in need.

This very real and human beginning of the “Are you ok?” movement was top of mind while working on this year’s theme. Talking about mental health from a brand perspective can be tricky territory to navigate. While there’s no clear-cut right and wrong, there are some basic principles we considered while crafting the campaign that other brands can apply.

It’s important to remember that R U OK?Day serves as a reminder for every other day of the year. Whether it’s on the bus, on a podcast or in the metaverse – take every moment you can to ask, “Are you ok?” Because open and honest communication is when Aussies are at their best.

View all of Robyn Ramsay and Toby Talbot's Opinion posts 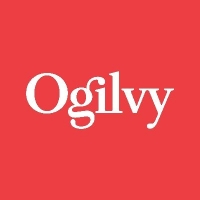 Robyn Ramsay is a Junior Creative at Ogilvy Australia, where Toby Talbot is Chief Creative Officer AUNZ.
Get a demo
Topics
Send feedback