The image shows a young man leaning against a marble bannister in Grand Central. He is wearing a beanie hat and a straggly beard, with a skateboard in one hand and a bottle in the other. He looks half-hopeful, half-resigned. The caption above reads: 'I told her that if she wanted to start over, to meet where we first kissed. She was supposed to be here 15 minutes ago.' The Facebook post has 107,490 likes, 4,020 shares and 4,719 comments.

If you aren't already a fan of Humans Of New York, you're missing a powerful daily hit of social media zeitgeist. Founded as a humble blog in 2010 by photographer Brandon Stanton, HONY 'now provides a worldwide audience with glimpses into the lives of strangers in New York City' via its three million collective followers on Facebook, Tumblr and Twitter, and a No.1 New York Times bestselling book.

Why are strangers' lives so compelling? Most of us have imagined the stories behind the faces we spot in the street, or experienced the unexpected empathy of a brief encounter on a train or in a hospital ward. In fact, encounters with strangers often provoke stronger emotions than exchanges with people we already love or hate. If I receive a compliment from a stranger on my shoes, it will probably mean more to me than one from someone I know, even if that someone is a stylist.

I don't mistrust the acquaintance of course, but I know that there are probably a host of other social nuances driving her comment: a wish to let me know she loves me, say, or even a need to perform a subtle piece of one-upmanship. With the stranger – unless they're coming onto me – it's more likely to be a pure expression of admiration for those gorgeous boots. Moreover, because the stranger has had to take the risk that they will be thought weird or sleazy, their opinion feels all the more potent.

A 2010 study from Indiana University into how people choose a mate found that we are not only greatly influenced by what our friends think of our potential partner but also by the opinions of complete strangers. "If you walk into a party and don't know anyone, you might think, 'Why do I care what anyone here thinks?'" explains Skyler Place, a researcher in IU's Department of Psychological and Brain Sciences. "In reality, we're paying close attention to what others in our social environment are thinking and doing."

The influence of strangers has been central to the rise of social media. Back in the early days of Live Journal blogs, AOL chatrooms and niche passion-based forums, the joy of the social web lay in the opportunity to reach out to like-minded strangers, beyond the restricted circle of your geographical or genetic community. If you were an early adopter dabbling in these emerging platforms, chances were that your friends and family simply didn't have the dial-up capability or plain geeky interest to be present in those spaces. For the first time, you could pick the brains of people across the world who didn't have the same background or biases as your real-life social circle. As a consequence, their recommendations for brands or products – from a brilliant book to a stain remover – held special weight.

Brands' obsession with Facebook – to the exclusion of blogs, forums and topic-based communities on Twitter – can lead them to forget the importance of helping strangers to bond around their brand. Many of our lasting friendships develop circumstantially, through school or work, so our Facebook friends' passions and preferences may diverge wildly from our own. Focusing on spreading recommendations within personal networks may not be as influential as brands think. Facebook itself seems to be clocking on to the need to reincorporate serendipity into the mix: Paper, its beautiful new US iPhone app, allows users to view their newsfeeds via topic, so that they can surface relevant popular updates from people outside their own friendship group.

It's important to keep this in mind with offline engagement, too. Creating opportunities for strangers to connect around your product or brand – in a retail store, or an airport, or in the middle of the street – is highly emotive, and drives plentiful, highly charged content. It's why stunts such as the interactive vending machines Coca-Cola created for the film Skyfall, or the car-sized gift boxes Mini seeded around Amsterdam streets on Boxing Day, are so effective.

Remember: when it comes to social influence, it's not just who you know, but who you don't know that counts.

This article originally appeared in the March 2014 issue of Admap. Click here for subscription information. 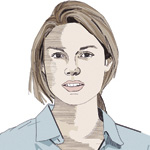