As the divisions in society widen, it is down to brands to pull them back together by investing in the communities they serve, argues Lucky Generals’ Alice McGinn.

With the momentous happenings in Parliament in the past few weeks, I can’t help but think that if the party in power can’t even agree between itself, is it any shock that it feels like everywhere we look, divisions in this country are widening.

Time after time, the obvious need for collaboration is trumped by partisan short-termism; generally, to the detriment of the most vulnerable. But particularly within communities – where the divisions are felt most keenly.

This is reflected in Edelman’s 2019 Trust Barometer Report, which shows that 1 in 6 people have fallen out with family or friends over Brexit (one of those now being the Prime Minister himself, following the resignation of his brother Jo from his cabinet), half feel the socio-economic system is broken and 36% think opportunities in their local area have worsened in the past 5 years.

Against the backdrop of austerity, where council budgets have been cut and local services compromised, we are entering an era where consumers are increasingly demanding that businesses take a lead in improving their communities, and brands needed to seize the opportunity.

Over the past three years, Edelman’s Trust Barometer Reports have consistently highlighted this, and 2019’s figures specifically show that when it comes to finding a solution to this growing concern, only 19% say they trust politicians but 76% say that CEOs should take the lead on change instead of waiting for Governments to impose it.

As a result, there is a greater expectation for brands more generally to be good citizens when serving local communities, alongside an increasing acceptance that a new and different model is needed, which ordinary people will not only understand but warm to and want to feel part of.

In his recent book ‘Everything For Everyone’, journalist Nathan Schneider argues that the model needed is ‘Co-operation’, which is coming back with renewed vigour as ‘capitalism is in crisis’. Schneider argues that co-ops tend to take hold when the order of things is in flux, where people and businesses HAVE to work more closely together to solve big society issues.

Co-op’s unique way of doing business, is a perfect example of this, as it exists not only to make a profit by doing good things, but also to do good things with the profit it makes. And it was this societal backdrop that guided us towards creating the recently launched “One Co-op” strategic direction for the brand.

Co-op colleague research revealed its staff to be a group of people who are proud to work for a brand with a difference, who passionately believe that purpose drives profits, and that working together for the collective benefit is central to who they are and what they do. When we asked them what the best evidence of this difference was, the thing they cited time and again was ‘involvement in community’, best typified the Community Fund where by 1% of all Member purchases of Co-op products provide much needed funding to over 4,000 Local Community causes.

When we researched this with consumers most people thought Co-op was just a ‘vaguely ethical’ convenience retailer, to whom they felt largely neutral. However, once we told them how far reaching its community initiatives were, there was a dramatic transformational effect on how they viewed the business.

Brands, particularly grocery brands – whose local store footprint mean they more often than not live right in the heart of communities - have a particular responsibility towards the people they literally serve day-in and day-out to effect proper and lasting change.

But for this to happen in a real way, community investment needs to have real and practicable longevity, be part of a wider marketing or business strategy grounded in the core beliefs of the business and shared by the workforce and consumers. And not just turn into the often-inevitable tokenism

What makes the Co-op unique is that their focus on building communities isn’t a recent strategic priority adopted to reflect the demands of consumers. It’s what they do, as their unique membership structure means they always have been, and always will be a community of people working together for the mutual benefit of all.

Unfortunately, this opportunity is too infrequently taken up because too many businesses and CEOs are not taking the trust the people are placing in them and using it properly, but merely nodding to CSR to fill quotas, drive their own reputation or increase short-term gain.

The questions brands should actually be asking themselves is, does the work they are creating really help solve some of the deeper issues that exist in our communities? Surely, it’s better to give people the means to help themselves than keep pouring money into top-down giving. Brands need to be offering a helping hand up rather than an unhelpful hand out. 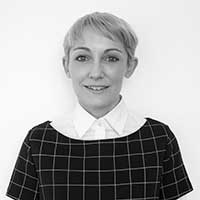