Ahead of the launch of WARC’s 2018 Future of Strategy Report on 25th July, we are reposting a series of pieces on leadership from former heads of the BBH London strategy team, commissioned by Ben Shaw, the new Head of Strategy at BBH London. First up is Nick Kendall, founding partner of The Garage.

As I get older, the more old cliches reveal their old truths. Sorry Ben, but my one piece of advice to you therefore, is a cliché – ‘people, people, people’.

As the robots take over, as data becomes the new oil, as AI rules the earth it will remain – ‘people people, people.’

As transparency grows, as start-ups come from nowhere (or China) to disrupt, as Amazon dis-intermediates us all, as business learns that volatility is a constant, it will remain – ‘people, people, people.’

As the media landscape fragments and fragments again, as it becomes harder to integrate our advice and our efforts, as budgets become more and more constrained, as programmatic revives and reconquers, as efficiency defeats effectiveness it will remain – ‘people, people, people.’

‘Twas ever thus’ and I believe ‘twill be ever thus.’

Good people that is, of course.

People with a clear distinctive voice; their own voice.

People with confidence to get in touch with that voice and to use it.

So start at the very beginning as it’s a very good place to start.

Put proper work into this, create a real process, do it better than competitors and devote your own time to it. Don’t devolve this one, and don’t be distracted by the urgent.

If talent really is the answer, spot it. Spot it early and spot it first. Spot it ahead of your need.

Of course in my day it was simpler; everything was. All I needed to do was make best friends with the conduits to talent, the headhunters, surprise them by buying them lunch, treat them with respect, tell them the BBH Vision and then meet people, people, people, sometimes twice or three times a week.

But what now, how do you create the desire to work for BBH now? How do we compete at the top of the funnel not just efficiently perform towards the bottom, as I did?

I think the hard truth is that advertising is no longer the de facto first choice for the most imaginative people. Silicon Valley beckons. Doing your own thing is the new adventure. Finding your purpose in life is the new job satisfaction. What makes our world attractive and our vision different?

We have to offer the joy of ‘applied imagination’ in new and compelling ways.

People work better when they are clear about what is expected of them, how they fit and what their role is. Organise them well. Make sure you have a good team around you and share responsibilities. Admin is not admin. For many years now people have increasingly tried to split the two jobs of head of planning, thought leadership being separate to people leadership. People are thought leadership. Surely! Plan their careers, plan their learning, plan their development.

And ‘Get around’! When I left at night it took me an hour to get out of the building as I stopped by the desks of those still working. Jim used to wander religiously every day. John Bartle had the benefit of a pipe and the smoking room. Pastoral care is not a soft force, it’s a hard force for making good people better. We live in a world, I believe, where people’s creativity is the ultimate competitive advantage. Creating an environment where that is supported and celebrated is critical.

Make them their Best

The purpose of the walkabouts was two-fold. First to check no one is getting stressed. Second, and most importantly, every contact is a transfer of your energy. A transfer of your confidence in them so that they can feel confident to use their voice.

At the centre of BBH is a simple mandate to zag when the world zigs. That job is so much easier for the creative process when the zag starts in the strategic process. It is your job to encourage people to think differently in order that we can create differently. In their research, in their analysis, in their definition of the task, in their brief, in their advice, in their meetings, in every part of their job. Strategy is simple, what, how, who? That’s it!

Good strategy is clear and precise in its answers to those questions. And rooted in truth. But great strategy answers at least one of those questions differently. And to do that takes imagination, to think something different is hard. An idea, as John Hegarty likes to say, is a mental effort. By definition it has not been thought before. It is an exploration of a new ‘white space’ in which the brand and its comms can blossom. And it takes bravery; what if you are wrong, what if people don’t agree, what if you can’t get them to see the opportunity you see?

So the final most critical part of your job is to give your planners the confidence to zag.

Leadership, someone once told me, is the ‘creation of conditions for success’. Not yours, theirs!

The only difficult bit of all that is people are not robots.

And to quote another old cliché, this one from my dad- ‘there is nowt so queer as folk.’ 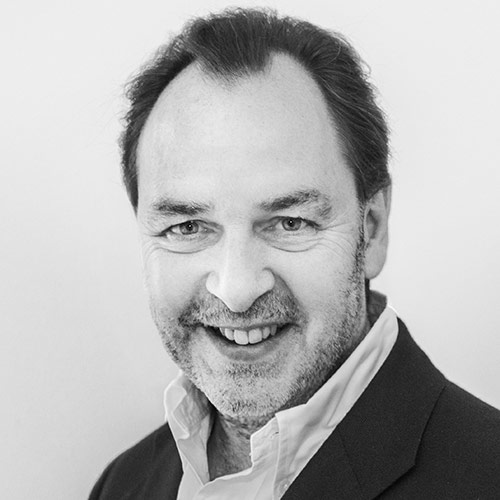