The CASSIES (Canadian Advertising Success Stories) have now been published on warc.com. There were some brilliant campaigns but if you only have time to read a few I highly recommend the following. These case studies illustrate and tap into a number of current marketing trends including brands ‘owning an experience’, brand transparency, ‘solution marketing’ and the importance of localism. I hope you’ll enjoy reading this new content – they are a great addition to the site. Warc subscribers can access all 35 case studies here.

No longer a sponsor of the National Hockey League, Budweiser, the beer brand, needed to create ongoing relevancy with hockey fans across Canada. It did this by creating a new tangible experience for fans - one that would enhance the viewing experience and take fans’ celebrations to a whole new level. For $149 fans could purchase a red goal light, situated in living rooms across the country, the light would build anticipation with a "five minutes to game time" warning message, as well as light up and sound a klaxon when a team scores. The innovative new product was promoted across multiple media channels and was described as “the best marketing idea ever” by Guy Kawasaki, former Apple chief evangelist. The first release of Budweiser Red Lights sold out within hours of the launch (during Super Bowl), brand preference scores increased by 21% and weekly consumption by 17%. A great example of how 'owning an experience' built new relevancy for the brand. 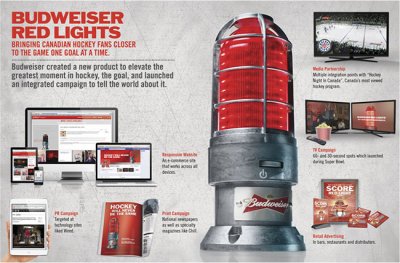 McDonald's: Our Food. Your Questions

McDonald's, the fast food chain, took a brave and bold approach to a long-term business and brand health problem in this campaign which sought to address myths and misconceptions about the quality of its food. Customers in Canada were invited to submit questions via a dedicated microsite and McDonald's used social media, including many online videos, to respond in an open, honest and transparent manner. The campaign generated more than 20,000 questions and 2 million website views. Quality perception metrics increased, including 'has good quality food' by 17% and 'good quality ingredients' by 22%. This also translated into increased numbers of store visits. The campaign illustrates the growing trend for brands to engage in a two-way 'conversation' with consumers. 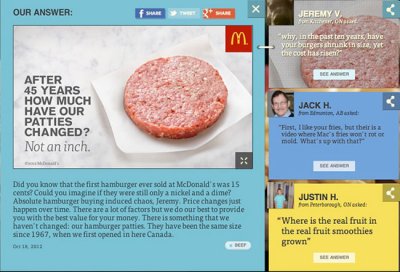 This case study describes a campaign in Canada to launch iögo, a new yoghurt brand owned by Ultima Food. Consumer research found that consumers wanted shorter labels and ingredients that they could understand. Hence iögo would be the first and the only major Canadian brand to offer a complete line of yogurts free of gelatin, colours or artificial flavours. Iögo, a challenger brand, created a distinct brand personality emphasising its heritage, cooperative values and localism. This was a winning strategy: iögo achieved a 9.6% market share in only three months, with national awareness of 74% amongst yoghurt consumers. 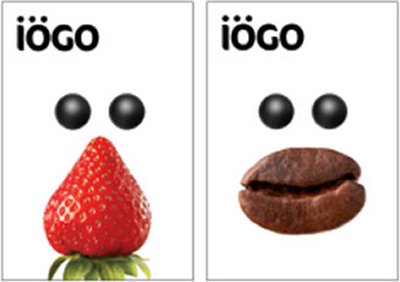 Knorr, the food and beverage brand, targeted mothers with children under 12 in this fully integrated campaign that included TV, radio, direct-to-home, e-mail, social media, mobile, and in particular, digital and in-store marketing. The strategy was to help Mums find new ideas and inspiration for the ‘what’s for dinner?’ dilemma. Knorr created a series of recipe cards and customised meal solutions which were promoted pre-shop, in-store, and post-shop. A collaboration with the Food Network and Canal Vie TV channels helped Knorr reinforce its message: that it is an inspiring cooking partner for Mums. Sales increased despite a flat category, campaign awareness reached 22% in 10 months and over 70 million digital media impressions were served. This campaign illustrates the trend for what I term ‘solution marketing’ – providing a service that makes consumers' lives easier in some way, or solves a customer pain-point.

Home Depot, the home improvement retailer wanted to gain market share and win share of heart in the Quebec region of Canada. Considered the primary decision-maker in the home renovation sector, women were the primary target audience in this fully integrated campaign. But the retailer needed to reach out to its female target in a way that did not alienate their male audience. Up against fierce competition from well-established local-based businesses, adopting a local strategy was vital to reinforce consideration for the brand. Hence Home Depot emphasised Quebec in its communications, this included using a local celebrity as brand-spokeswoman, and promoting “made in Quebec” products. This led to an increase in store visits, market share and brand consideration scores.

Another campaign by Kraft, this case study describes the launch of a new beverage product in Canada. MiO, a super-concentrated liquid water enhancer, would compete in the crowded and competitive soft drinks category. To avoid cannibalisation of existing Kraft brands already in the sector, Mio had to target new users into the category - Male millennials. MiO quickly established a unique, ownable and cheeky brand personality mainly through a 30-second launch spot that amassed 1,000,000 views on YouTube. A partnership with a popular YouTube personality drove further engagement. Mio was an innovative drinks product so the campaign needed to educate consumers about how the new product would work, and its benefits. The launch campaign led to sales 350% over target, and after one year gained brand metrics comparable to long-established brands. 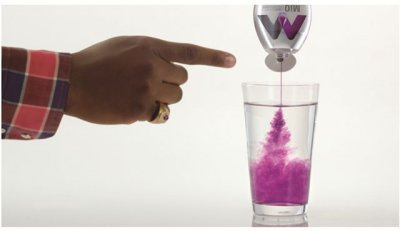