There is a structured way to approach LGBTQ+ inclusive marketing while also pushing for progress, with three models of LGBTQ+ inclusion depending on the local climate of acceptance, says Mediabrands APAC’s Dharesheni Nedumaran, a global DEI specialist with 10 years’ experience working on data-driven projects with underrepresented communities.

This Pride month let’s talk about the complexities of inclusive marketing for LGBTQ+ communities in Asia Pacific. The rights, protection and experience of living as an LGBTQ+ person varies drastically across the region, with some localities being particularly hostile. Heres’ a snapshot of LGBTQ+ legal rights in APAC.

Legislature and regulations form just one part of the complexity. Cultural norms in APAC also make it risky for marketers to navigate LGBTQ+ inclusion with brand safety in mind. A misstep could result in backlash from the government, customers or consumers. I don’t blame marketers for assuming it’s too risky and staying away entirely. But that’s a great shame.

There’s an estimated 175 million LGBTQ+ people here with spending power of US$1,256bn. What’s more, research conducted by Kantar in the US reveals a blind spot. Pro-LGBTQ+ content speaks to a much broader audience. There’s a second group of heteronormative consumers of an equal size who respond to pro-LBGTQ+ marketing, which is not as niche as once believed. Capitalism aside, marketers and brands also have a unique opportunity to push for positive change for these (often) invisible communities.

So, let’s explore a structured way to approach LGBTQ+ inclusive marketing and journey with brands safely while also pushing for progress. A framework initially developed to guide multinational businesses for working in anti-LGBTQ+ jurisdictions and adopted by the UN Office of the High Commissioner of Human Rights is easily adaptable to marketing in these regions.

In simple terms, the framework describes three models of LGBTQ+ inclusion, depending on the local climate of acceptance. In order to determine which model is the best fit, marketers must first conduct a systematic risk assessment, taking into account the legal, social and business climate.

While your first instinct might be to give up any hope of LBGTQ+ engagement upon encountering laws that criminalise sexual acts, a holistic approach might reveal opportunities. We can go further to consider if the laws are enforced or, more broadly, how free speech is approached and media is regulated.

Let’s take Singapore as an example. Although consensual sex between men is an imprisonable offence, the judiciary and prime minister have said the law won’t be enforced. Local brand NTUC Income didn’t let this stop them when they featured an inter-racial female same-sex couple moving into a new home. This is just the kind of representation the communities asked for – normalising LGBTQ+ lives because when marketers don’t intentionally include, they are unintentionally excluding. This ad reflects the changing social attitudes in Singapore.

A favourable legal climate doesn’t automatically translate into a favourable social climate or vice versa. Start with determining which region the brand is keen to engage with. Social and cultural norms vary not just from market to market but within the market, by region and locality.

In Australia, while major cities are beacons for LBGTQ+ art, culture and acceptance, the experiences of the communities in smaller towns can be vastly different. The Absolut Pride Relay captured this sentiment powerfully when it took the inclusive vibe of Mardi Gras to regional towns and brought representation to where it was most needed.

Beyond location, attitudes towards LGBTQ+ communities may vary by generation, social class, race and religion. Marketers can consider the audience that the brand is best placed to approach and tailor the message accordingly.

It’s also important to recognise that there is a great degree of diversity within the LBGTQ+ community, and different sub-groups are treated very differently by the same societies. Jin Xing, a celebrity who happens to be transgender, is incredibly popular and has even been dubbed the Oprah of China. She is recognised as a woman and hence her expression of femininity isn’t seen as distasteful. However, portrayals of men as feminine are much more controversial and even risk being regulated in China.

Brands themselves have different levels of maturity in engaging with LGBTQ+ communities. It’s the role of marketers to meet brands where they are at and journey from there. The teams behind products and marketing, as well as decision makers within brands, need familiarity and comfort with these topics. Marketers are in the position to build that by informing and educating. It’s also important to assess the readiness of a brand’s current or potential customers, or risk a backlash.

After a systematic risk assessment, marketers can determine under which of these three models the brand’s appetite for engaging with LGBTQ+ communities fits.

Approach 1: When in Rome

The “When in Rome” model is most suitable in environments that are antagonistic towards LGBTQ+ communities. Brands that adopt this approach do so because there’s great risk of backlash from local government and groups. When in Rome and adopting local norms, there’s still possibility to build toward LGBTQ+ engagement.

Marketers can focus efforts on gender inclusive messaging. Where misogyny exists, anti-LGBTQ+ sentiments follow closely. Brands that build products and messages around a binary model of gender can break free from rigid classifications and stereotypes.

Hasbro did just that when they rebranded their signature Mr. Potato Head toy by dropping the “Mr.” in the brand name and packaging. They kept their iconic Mr. & Mrs. Potato Head characters, but their family toy packs now come with inclusive colours and a nod to the idea that families don’t just follow one model.

Marketers can go beyond to use inclusive (and gender-neutral) language across all touchpoints. Review all copy and visuals to signal inclusion without being overtly pro-LGBTQ+. Indian hotelier Stay Uncle did just that with its platform but also went beyond to include a filter which allows LGBTQ+ couples to search for suitable stays.

Let’s not forget that we live in the social media age. Consumers in hostile markets can still view how brands engage with these communities and amplify LGBTQ+ voices in more supportive markets. There are always creative solutions when we work in a creative industry.

The “Embassy” model is best suited for brands in a climate where norms and legislature are not overtly hostile but still somewhat unwelcoming of LGBTQ+ people.

While subtlety is key in the earlier model, with this approach, the brand is cautiously creating a safe space while acknowledging the challenges in day-to-day life. When adopting this approach, marketers must be most wary of backlash and prepare to stand their ground because their assessment has shown there are no legal infringements.

Earlier this year, Samsung released an ad which included a Muslim mother showing love and acceptance towards her child who happened to be a drag queen. The ad was later retracted due to backlash. Conversely, W Singapore reposted user content featuring a same-sex couple on its social media accounts and responded to negative comments by affirming its inclusive policy in the press.

In Asia, there’s a further risk of backlash from proponents that view LBGTQ+ rights as Western cultural imperialism. Hence it is important for marketers to consult with employee resource groups or local LGBTQ+ coalitions and organisations to understand the nuances. Where these resources are really lacking, perhaps the brand itself can lead by forging a coalition as part of its engagement.

The “Advocate” model is when brands strive to influence local climate by pushing pro-LGBTQ+ values, supporting activists and even lobbying governments. A strong example is Vote Yes for every Bachelor and Bachelorette campaign. It aired during The Bachelor’s finale with the major sponsor, Wrigley’s Extra, donating the media placement in the lead up to Australia’s plebiscite on same-sex marriage.

When advocating, it’s important to consider the differences in experiences by LBGTQ+ people. Vicks made a strong statement with its Touch of Care ad in India by featuring a transgender mother while showcasing a daughter who questions the unfair legal treatment of transgender people.

When operating in the advocate model, brands are especially at risk of being labelled rainbow washing or pinkwashing. It’s important for brands to be seen engaging these communities beyond Pride month and matching their efforts with real world actions. Their support must also be visible in how they treat their employees, as that’s often brought into question.

In summary, this exercise of assessing risk and identifying appetite needs to be conducted recursively to keep up with the changing tide. But also because brands themselves shouldn’t aim to stay frozen in one model. Instead, they should build capacity, form coalitions, create opportunities for dialogue and advance through the models as they build better relationships with LBGTQ+ consumers and their allies.

As Pride month comes to a close, I’m looking forward to seeing which brands keep up with their efforts all year long and which ones merely stop at the rainbow products. 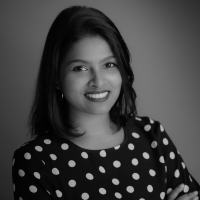 Dharesheni Nedumaran is Head of Diversity, Equity and Inclusion at Mediabrands APAC.
Get a demo
Topics
Send feedback