A couple of weeks ago I discussed how partnerships can be a powerful strategy in a marketer’s toolkit. This week I’m putting the spotlight on occasion marketing.

Major sporting events such as the FIFA World Cup and the Olympic Games are an obvious opportunity for brands to make the most of special occasions. But today, the ever-increasing number of events, awareness days, niche interest days, religious and music festivals, provide brands with more opportunities to engage with consumers in new and interesting ways. By optimising on occasions smart brands can engage with consumers on a variety of levels - through emotion, humour, passion or patriotism, for example. Here are a selection of occasion marketing campaigns that stood out for me in 2014:

Oscar Mayer, a bacon product owned by Kraft, the US food company, used Father’s Day to appeal to the entire family, not just its predominant housewife customer. The brand encouraged women to gift luxurious bacon products to the men in their lives for Father’s day. Slightly higher priced than other brands, Oscar Mayer wanted to drive consideration and boost sales. So it launched a video campaign that parodied the lengthy consideration process involved when purchasing an engagement ring. The focus shifted from the cut, colour, clarity and carat (of a diamond) to the cut, colour, cure and consistency (of bacon). A SayItWithBacon.com microsite was launched along with a digital pop-up shop. This humourous campaign earned 500m impressions, within one month, and sales rose 3.3%, at time where the category shrank 7.7%.

Of course we can’t forget Mums! Mother’s Day is an increasingly popular way for brands to emotionally engage with consumers. AT&T, the US telecommunications network, J Jill, a women’s clothing retailer and American Greetings, the greetings card company, all used Mother’s Day as a way to reach its customers. J Jill for example, wanted to connect with its core customer - women aged 45-64 - but also broaden appeal to 35+ busy moms. The integrated campaign featured a special Mother’s Day promotion where people were invited to post inspirational stories to win special prizes.

McDonald's, the fast-food chain, wanted to grow sales in January, a time of traditionally slow-sales. In 2013 McDonald’s, the fast-food chain, saw Australia’s honorary day, celebrated annually on 26th January, as an opportunity to engage with Australian consumers and boost sales. The fast-food giant changed its name to Macca’s, the name by which it is known locally, and introduced Australian products to its menu for one month. Tapping into cultural truths and finding local resonance proved effective: year-on-year sales increased across the board, not just on the promotional products. 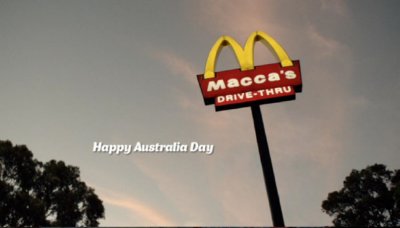 It’s not only countries that have honorary days but things of iconic status or special cultural significance can also earn their very own honorary day status. LEGO, the toy brand, used Star Wars day, an annual event on 4th May which celebrates the iconic film franchise, to engage with fans of the film. It posted a message, “May the 4th be with you”, a play on the film’s famous line “May the force be with you”, on social media. Customers that purchased a certain amount of products received a free exclusive mini Lego stormtrooper figure. LEGO sold over $10,000 via its e-shop in just six hours. Thus occasion marketing can be an effective real-time marketing strategy.

In the UK, Tate & Lyle, the golden syrup brand, leveraged the Queen’s diamond jubilee celebration in 2012, to reinforce its iconic brand equity, and Britishness. A brand that has remained largely unchanged since 1884, the commemorative design replaced the brand name with the equally familiar, unmistakable (and very British) ‘Happy and Glorious’. Available for three months only, the limited edition pack saw a 29% increase in sales and 4.9% increase in market share. 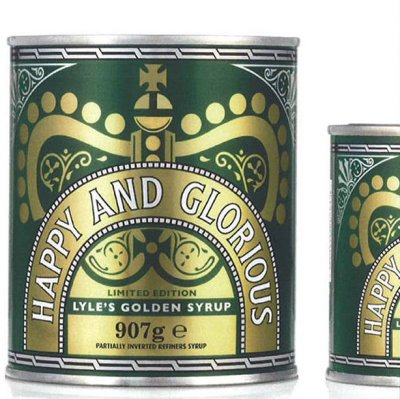 You might not expect a B2B brand to use the day that honours love and romance to engage with consumers but Cisco did just that in this humourous campaign. Aimed at CIO’s, Cisco positioned its industrial routers – not easy to pitch at a cost of $250,000 – as a perfect Valentine’s Day gift. A series of tongue-in-cheek video clips focusing on the notion of schadenfreude (deriving pleasure from the misfortune of others) was used to champion Cisco’s network convergence system. Humour is one sure way to humanise a traditionally function-led category.

And of course Christmas is an obvious occasion when many brands increase their marketing messages to engage with customers. Sainsbury’s, the UK supermarket, created a content driven, user-generated campaign using footage submitted by the public to create a long-form film which was aired on YouTube, TV and supported by other media. The film showed how Britons really celebrate Christmas and delivered the best ever Christmas results for the brand.

Want to know more about this growing trend? Warc subscribers can find out more here.